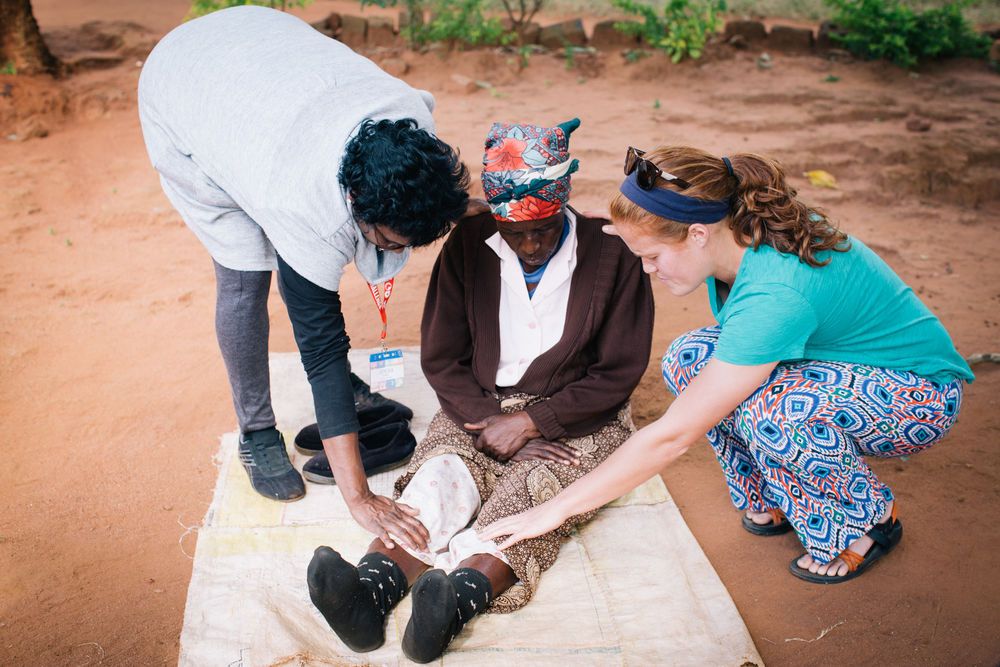 South Africa: Praying for healing
Go Challenge is an OM initiative in South Africa which is committed to mobilising churches and believers from all walks of life to go out and share the love of Christ. In July 2016, over ten small teams reached out in the area of Tzaneen in the Limpopo Province of South Africa.

One morning, one of the teams was out for door-to-door visits. A 70-year-old lady called the outreach team to pray for her when they were passing by. She told them she was sick and started to share her life story:

The old lady had had a miscarriage when she was young and had to go for surgery right after her miscarriage. Four days later, the doctor discovered that they forgot the scissors in her stomach. They immediately took it out, but unfortunately, because of the second procedure, she couldn’t give birth anymore. The news damaged her physically and mentally to this day.

Sarah David (South African) felt so much compassion for her. She tried to encourage the elderly lady, saying, “Even though you are not able to be a mother biologically, you can still be a mother to those who don’t have parents because you know how to be a mother.”

After the team prayed for her, the lady felt joyful and took out some money from her pocket to offer the team. Sarah replied, “Our prayers are free. When you believe in Jesus, He gives us all answers for free.” Then, the lady invited the team to pray for her husband and mother as well.

The GO Challenge outreach came to an end but it was a new chapter for Sarah. She was excited and encouraged by seeing how God touched people's hearts through prayers for healing. She is keen on doing evangelism and leading people to Jesus Christ. Prayer doesn’t only bring physical healing but emotional healing as well.

Published: Friday, 26 August 2016
Credit: OM International
© 2016 OM International This email address is being protected from spambots. You need JavaScript enabled to view it.