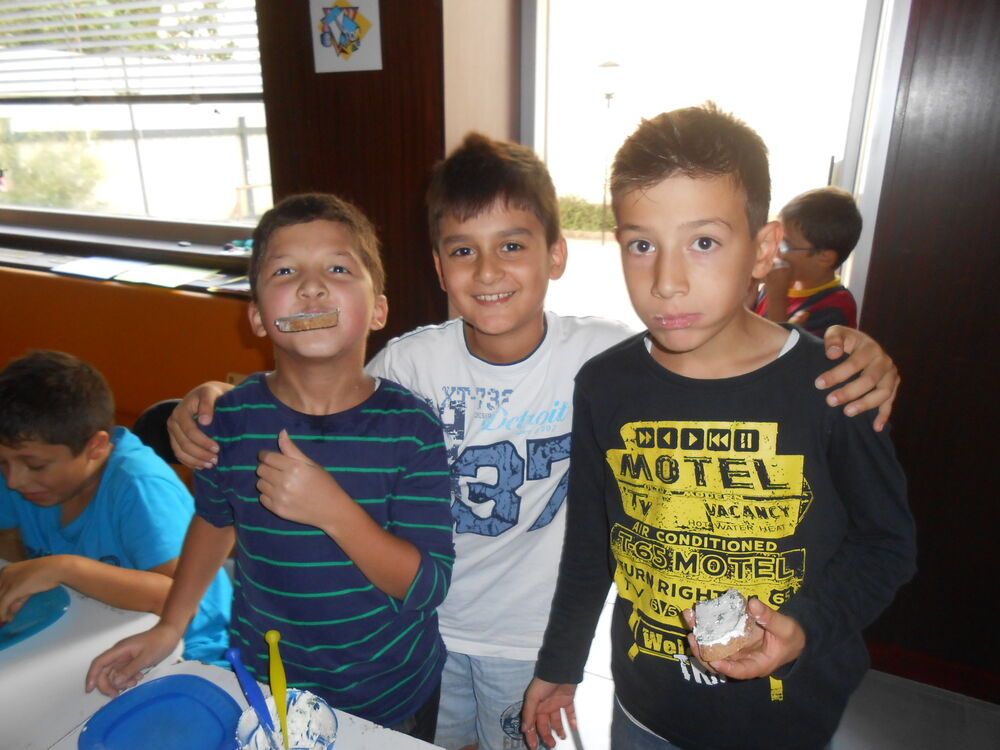 Austria: Building Bridges, a name well suited for the ministry at the integration centre in the Linz area, seeks to connect Austrians, immigrants, Christians and Muslims.
Short-termer Elizabeth from the USA shares some of her experiences working with the Building Bridges Team in Linz, Austria for a month. She wanted to do an outreach in Austria because she speaks German.

During my second week with OM, I went to a grill party at the House of Hope (run by International Teams) in Linz. The party was intended to celebrate the end of German courses at the House of Hope for the year. The party broadened my understanding of honouring Muslim traditions during cross-cultural work and sparked a friendship which developed throughout the rest of my summer in Austria.

The House of Hope’s grill party occurred during Ramadan, in which a majority of the German students participated due to their identity as Muslims. This created a challenge for the German teachers, as they wanted to celebrate and also honour their students’ commitment to fasting during Ramadan. As a result, they decided to still hold the grill party and invite all students to come. They provided an alternative option for the Muslim students who were fasting, by boxing up food for them to take home and eat in the evening when they broke their fast. The option worked well, allowing both Muslim and non-Muslim students to come so that they could celebrate the end of their courses together.

When I arrived at the grill party and picked up my food, I could not locate a spot to sit right away as most tables were already full. I saw a couple of women at the edge of the crowd without anyone joining them, so I took a seat beside them and we began talking.

One women, Maria*, was from Eritrea and the other, Jasmin*, was from Ethiopia. I enjoyed talking with them, especially since I had learned about their home region of Africa through an Ethiopian friend of my dad’s. After studying in the US, he was forced to remain outside his country for several decades due to political reasons. I learned about their experiences and struggles in Austria and planned to spend time with them during the weekend.

Before coming to Austria, I didn’t know whether I would be able to build meaningful friendships or not due to my short stay in Linz. I appreciated this unexpected opportunity that God provided me to speak with these women and to see their lives beyond the context of House of Hope.

Throughout a couple of our Building Bridges team meetings, we discussed the importance of spending time with refugees and immigrants and doing common activities or projects together. This work is key to the integration process after refugees receive the initial emergency help they need. The name “Building Bridges” communicates the importance of respectful, loving relationships which fill the gap between refugees or immigrants and other community members.

The end of my third week with OM was filled with such visits every night, which I either made alone or with Katie, a fellow team member. On the weekend I spent time with Jasmin and Maria each day and again on Friday night. Although short, entering into these people’s homes and lives showed me the variety of people which emigrate to Austria and the importance of simply stopping by to visit. Visiting their homes gave me a much deeper impression of the generosity within the Iraqi and Ethiopian cultures and allowed me to see Muslim families breaking their fast during a night of Ramadan. More than that, I began to hear people’s stories which they shared themselves or which Katie explained afterwards. I received a glimpse into their daily lives and their journeys and difficulties building a new home in Austria.

These visits altogether showed me a piece of the process of building cross-cultural relationships with refugees and immigrants and sharing Jesus with them. Integration requires going to these families and individuals and entering into their community-oriented culture, in order to connect them with the larger Austrian community and potentially a spiritual community. Our visits provided several opportunities to pray with people and to have spiritual conversations. Relationships with people facilitated this sharing, whereas it otherwise might have been impossible. Watching Katie lead some of these spiritual conversations or simply pray for people was an example to me in bringing my faith into conversations. Maybe the future will bring a deeper conversation about Jesus and faith between Jasmin and Maria with another worker.

As Jesus has reached out to us, we also have a rich opportunity to reach through cross-cultural barriers and share our faith along the way. The road is often difficult to navigate, but fully worth it. I am thankful that Jesus walks with us along this way!

Published: Monday, 23 January 2017
Credit: OM International
© 2017 OM International This email address is being protected from spambots. You need JavaScript enabled to view it.