A walk to see the witch doctor 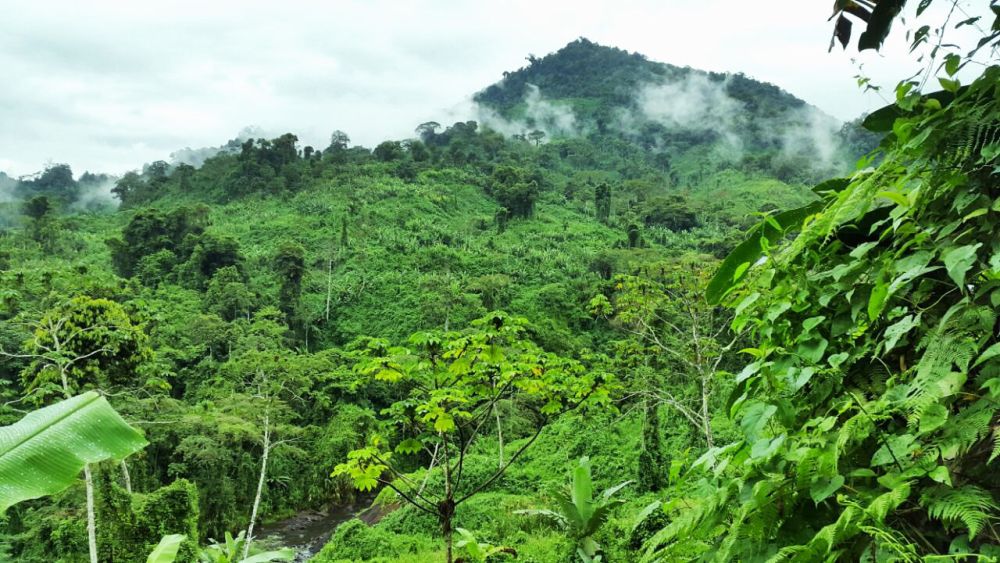 Costa Rica: El Piste, a mountain in the heart of the jungle and indigenous reserve, San Jose Cabecar.
“For our struggle is not against flesh and blood, but against the rulers, against the authorities, against the powers of this dark world and against the spiritual forces of evil in the heavenly realms.” - Ephesians 6: 12 (NIV)

Over the past 10 years, through social support and home visits, a woman named Angela has welcomed the OM Costa Rica team into her home, and her life, as dear friends. Over the years, she has shared bits and pieces of her dark past, involving witchcraft and abuse.

Her mother, Ermelinda, is the most well-known witch doctor, a dark spiritual authority, in Costa Rica. When Angela accepted Christ as her Saviour, she began to talk about visiting her mother, who lives a long hike away in the jungle of Talamanca, Costa Rica. After years of Angela hoping and praying, God provided an opportunity for her and OM workers to visit her mother.

In August, a team of seven from different Costa Rican communities started a journey to San Jose Cabécar, where Ermelinda lives. The team started each day in prayer and reading scripture to prepare for the spiritual challenges they knew were ahead. The journey started with a boat ride, a bus ride, and a three-hour walk. The team arrived at the community of Arenal, where the stayed with a local family for the night.

The next day they climbed into the mountain El Piste. Hiking and helping each other up the steep terrain, they crossed rivers on rope string bridges, used a zip line trolley, and witnessed the beautiful, untouched nature. Massive trees with equally massive snakes, the sound of wild animals, and flowers in vibrant colours were wonders that could only be found in the heart of the jungle. After a total of 11 hours hiking, the team arrived at the home of Angela’s daughter to spend the night.

After recovering spiritual and physical strength, the team completed the last hour of hiking and arrived in San Jose Cabécar. They were greeted by men with machetes and grimaces, who only allowed Angela to pass to see her mother, while the rest of the group had to wait outside the village.

A group of 15 BriBri, an indigenous tribe, had come to visit Ermelinda for two weeks, as is customary at this time of year. They brought food offerings and took care of her home and needs. Twice a year, people make the pilgrimage to care for her. All visitors and pilgrims obey many rules, such as not touching her or taking any pictures, because the locals consider it holy place and see Ermelinda as a god.

After Angela spoke with her mother, she presented Diego, a team member, to her. Ermelinda told Diego that she knew of him, and that she was thankful for the help he had given to Angela and that he was considered family. When asked how she knew this information, she answered that she had seen it from “the great beyond”, and also that she sensed a spiritual collision by the team’s presence. Ermelinda said she could not discuss spiritual matters because of the indigenous group visiting her. The BriBri people got upset with the OM team’s presence, so Diego and the team were asked to leave, but Diego received an invitation to visit another time.

The team returned to the house of Angela’s daughter to sleep before undertaking the journey home. Two days later, the team arrived at the OM base, tired and blistered, but encouraged. Many families they had met along the way were open to the gospel and asked the team to come back soon.

On this difficult, but beautiful, journey the team better understood the Cabécar culture. They saw great need, but as Diego shared, "God is faithful. He was with us on this trip and created many open doors for us to return. We are praying about our next visit already."

Please pray that God will provide for further trips to visit Ermelinda and San Jose Cabécar, to share the gospel, and for strongholds to be broken. Pray for the people and communities, that they will be open to Jesus and God’s Word. Pray for the OM team members to be strengthened spiritually as they serve and work in Talamanca.

Published: Friday, 30 September 2016
Credit: Stacy Blackwell
© 2016 OM International This email address is being protected from spambots. You need JavaScript enabled to view it.

Josué had it all—a good job, a furnished home and his own motorcycle. Then God asked him to give it all up and trust Him.

For Roberto Ramirez, serving God in missions has been one step of faith after another.