To Russia with love - a Trans-Siberian adventure 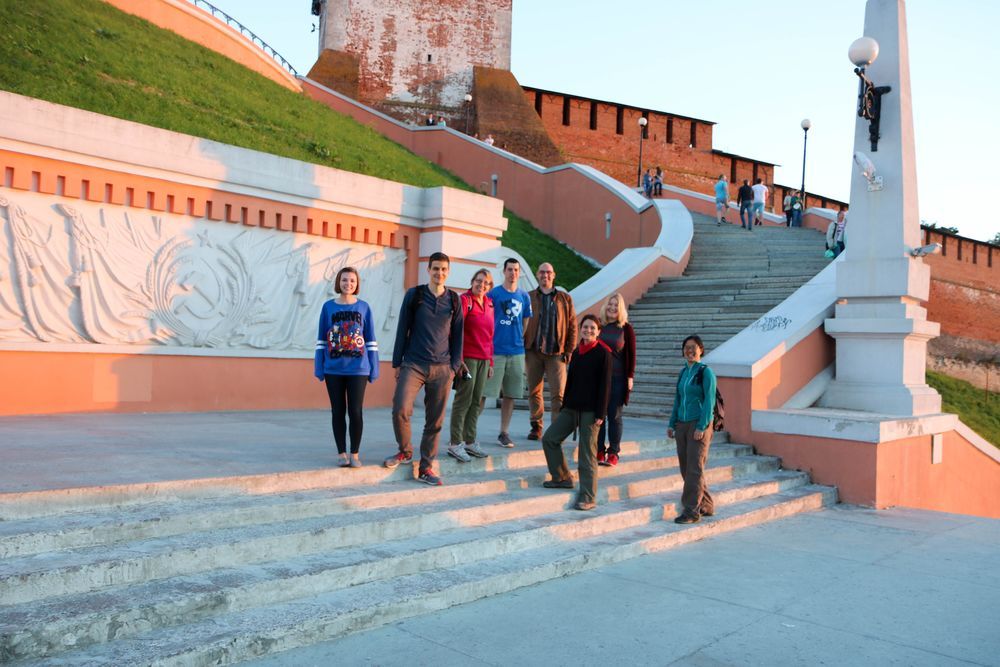 Each city was different with varying ministries, people, and schedules, but in every place the OM team knew they would be asked for their stories and could be a witness by simply being there. This was the greatest ministry of the outreach, sharing testimonies and being living signs that God works around the world and in Russia.

Many times the team members were asked, “Why Russia? There were so many different places, why our city?” The team responded, “because, God loves your city, and He loves you and sees you.” Each of them were able to share about the gospel and their many different countries, swapping stories, pictures, and the culture of each homeland.

One of these instances occurred when some bottom-bunk neighbors on the train were two men, both named Alexander. One team member from France was able to strike up a conversation through translation and was soon sharing pictures and playing a Russian card game until the lights went out. After the team devotions the next day, one of the Alexanders said that he had a Bible at home that he didn’t read, but that if the group found it so interesting maybe he should try to re-read it when he got back.

In many places the team was put to work practically, painting a playground for a childrens’ home, stacking wood for a rehabilitation centre, dressing up as pirates, or playing as dark figures chasing fifty kids for a night game in a camp.

At times they were simply told that twenty or so kids were coming, and that they needed to make a program for them. For this, every country represented brought something to make a multi-cultural day camp for a few hours. There were quizzes, somebody taught the greetings in several different languages, and they played games. Kids were even able to try sweets from Finland, Holland, and Germany!

Every time the team was asked what their favorite part of the travelling and of Russia was, the answer was unanimous: the people. They didn’t know who they’d meet, that they’d talk to a homeless teenager taken into a Christian children’s home the day before, or share personal experiences of God with an orthodox missionary who doesn’t believe in such a thing, or to have tea with people going through rehab. Seeing the pastors, caregivers, rehab-workers, and local Christians whose ministry it was to care for and reach out to them was unbelievable, and more encouraging than anything each one witnessed along the way. Seeing their inspiring humility and service in their communities and churches, the hospitality they showed the team, and all the crazy conversations were unforgettable.

Pastor Valeriy* and his family stood out as someone the team got to know. His involvement in local and world missions, praying for the people, sending out workers, being faithful - it was obvious how passionate he was to reach people for Christ. He communicated about God in every conversation. He said he wouldn’t be alive if it hadn’t have been for God sending missionaries to their village to give him the gospel, and continues this work for others. The pastor and his family took over the church when the missionaries left, serving there, using the church and his teaching job to reach out to the young people, and praying for spiritual freedom in the dark villages.

The OM team saw amazing places, served when they could, and encountered Russia in a way not many are able to. It was encouraging, demanding, hilarious, fun, exhausting, surprising, intense in every way, and with so many more words and pictures it could still be difficult sum up the unbelievable, seven-city expedition across the biggest country on earth.

Published: Tuesday, 15 November 2016
Credit: OM International
© 2016 OM International This email address is being protected from spambots. You need JavaScript enabled to view it.