"I have come from a faraway country" 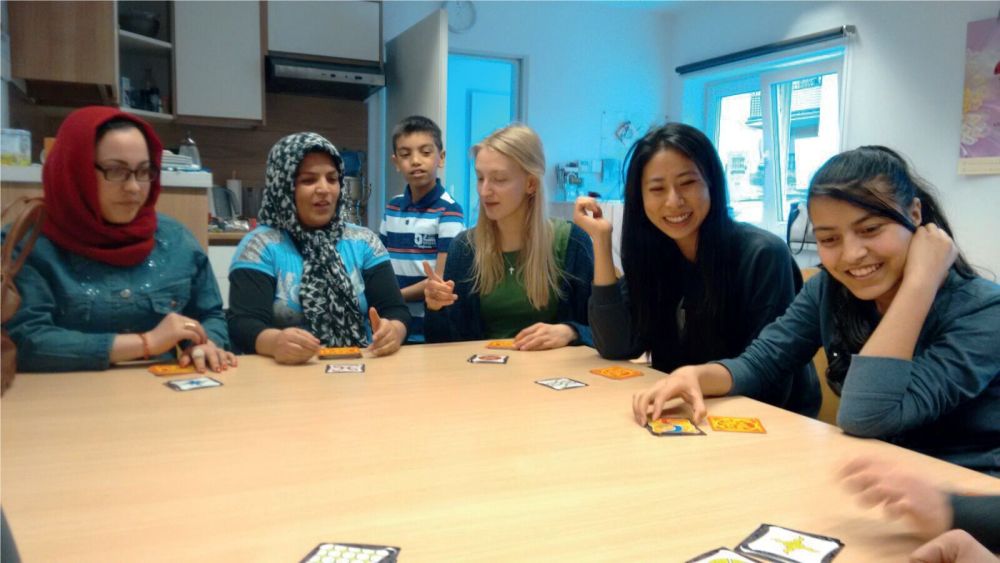 Austria: Participants at the AMIN Easter outreach make new friends with Muslim migrants
“I have come here from a faraway country...” This was the answer of practically every refugee in Linz, Austria, when asked where he or she came from. Thirteen participants in an outreach of the Arbeitskreis Migration & Integration Network (AMIN) recently interacted with them during a week, supporting OM’s refugee work in Linz.

They visited refugee families, showed the Jesus film, organised meetings for refugee women and did much more. “It was amazing how God sent the very people to us who were looking for the Truth,” said one of the participants.

Since 2015, an increasing number of refugees have come to Europe. Often, Christians don’t know how to interact with these people, who come from a totally different culture, and speak another language. Often they come from Muslim countries and have fled for different reasons. Some are escaping war, while others were being persecuted for their faith.

“It is hard for us Europeans to understand what it is like to have to leave one’s country so quickly,” said a participant. “The outreach really helped us to understand their world a little better. We spent time getting to know them, and seeking to serve them.”

Team members came from all over the world – Singapore, Wales, Germany, Switzerland and Austria. The team was a colourful, mixed group of people, ready to share the good news with refugees. Every morning they had a time of worship and prayer. “Beginning each new day like this with God gave us strength for the challenges ahead of us, and we were excited to anticipate how He would work,” one participant shared.

Besides spiritual input, there was also training in how to interact with the refugees, teaching on the differences between the Qur’an and the Bible, and what each religion believed about Jesus. The team discussed ways Christians could find opportunities in Islam to carry on meaningful conversations with Muslims.

The outreach began on Easter Sunday. The team visited a home for refugees and gave out invitations for the Jesus film, which would be shown the next evening in a church in Linz. Besides invitations, they also gave out Bibles in Farsi, the Jesus film in different languages, and packets with sweets and cards with a download for Christian literature.

And then came the evening for the film. The team expected 50-80 visitors, but God had a much bigger plan and sent over 120 people who wanted to see the Jesus film. Before the film, the team served turkey sausages and bread rolls, to welcome them, and have time for fellowship.

“Unfortunately,” recalled a team member, “most of our team was women, and we knew that women should only speak with women and men with men, and most of the visitors were men. We asked ourselves where our men workers were. We felt frustrated, but gave our best anyway.”

The remaining days were a mixture of different activities. Team members divided into small groups and helped in different areas. Helping the children with their homework turned into also cleaning the rooms, some helped in the ‘International Café’ in the meeting centre, and others visited refugee families in their homes. There was plenty of variety in the programme and everyone could gain some experience in each area.

“A highlight of the week was the prayer walk, which we made through the centre of Linz,” said a participant. “On the last day, the street outreach led to many challenging conversations with passers-by.”

God continually gave the team members opportunities to talk with different people who were genuinely seeking for the truth. A participant concluded: “We pray that these people will not lose their desire to seek for the truth, and that they will recognise and receive the love and forgiveness of God.”

Published: Wednesday, 16 November 2016
Credit: OM International
© 2016 OM International This email address is being protected from spambots. You need JavaScript enabled to view it.