Transform 2016: A refugee’s prayer - An insight into short-term refugee ministry 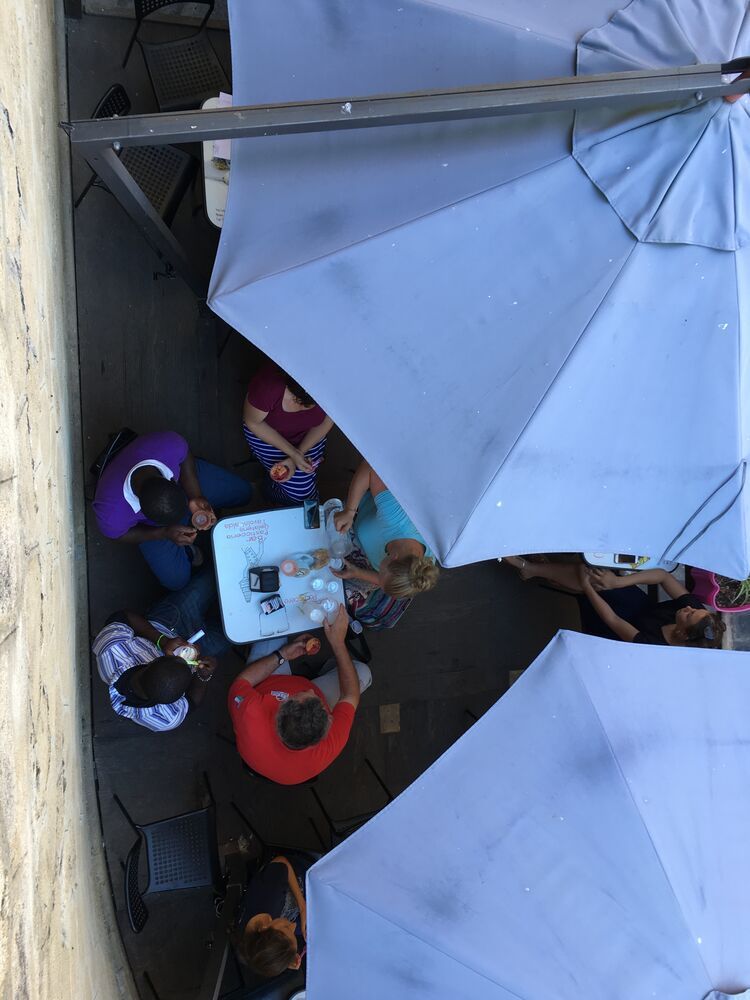 Italy: Meeting refugees in Sicily, Italy, made a deep impression on the Transform team.
“Stifling tears, I listened to James* as he shared his story,” reports Transform participant Kris Johnstone (UK). Due to persecution and civil war in Libya, James believed Europe was his only escape. Despite James’ harrowing account of his three-day crossing from Libya into Italy, and longing to be reunited with his family in Ghana, Kris was amazed at his deep heart-rending gratefulness of God’s grace and provision.

“During my OM Transform outreach to Sicily,” continues Kris, “my team was invited for a fellowship lunch with over 30 North African Christians, primarily Ghanaian men, all residents of Mineo, Italy’s as well as Europe’s largest organised refugee reception camp. The stories of their dangerous voyage became all too familiar. Their insight in refugee centre life, grim and colourless. A marginal improvement on the refugees we met the following day living under a bridge, no longer eligible for state care.”

“Still, what surprised me most was the prayer of these refugees. Asides from church on Sunday, these men meet regularly for prayer. One prayer meeting is for the reception camp itself – a deep longing for Christ to be known throughout Mineo. Another, is dedicated to Italy and Europe. The Italian Government, the Church and for a revival – these are the things a refugee prays for.”

“I’m ashamed to admit that I can’t remember the last time my church or fellowship sat together to pray for the Government, Church or a revival,” says Kris quietly in conclusion.

When the concept ‘refugee’ becomes personal

“The word ‘refugee’ is no longer a concept, it now has meaning,” shares David*, another Transform participant of the team to Italy. “Even though I’ve followed the news about this mass movement of people leaving Syria now across Europe, it has never been much more than that.”

“Now, having spent time face-to-face with several refugees I no longer see a concept, I see individuals. Individuals with a name, identity and personal history. It has given me a glimpse of how God sees and relates to us.”

These accounts are just a few of many from hundreds who have taken part in Short Term Mission outreaches with OM this summer.

OM Transform, Europe’s short-term mission training conference, brought a unified effort to many of OM’s refugee ministries in 2016. Participants were given a firsthand insight into several of OM’s varied refugee projects. Bible teaching and stories from OM workers helped prepare over 200 delegates for ministry across the Mediterranean as well as motivation on how they would reach new migrant communities at home.

Published: Wednesday, 07 September 2016
Credit: OM International
© 2016 OM International This email address is being protected from spambots. You need JavaScript enabled to view it.