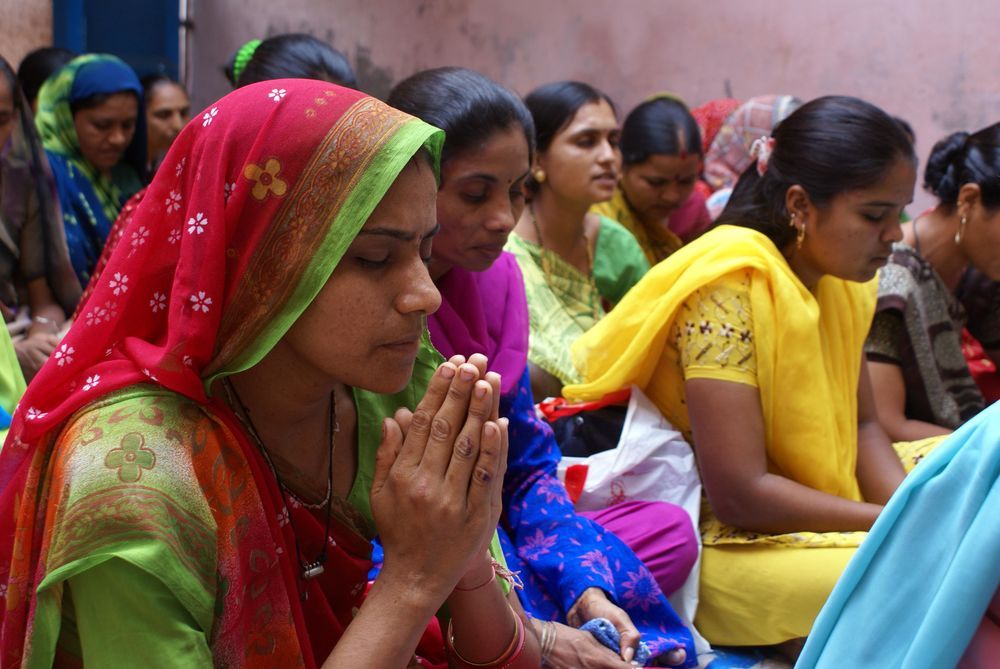 India: In 1963, the first OM team travelled overland from Europe to India, sharing the gospel along the way and initiating a movement that would reached millions with the gospel.
Every day, millions of people meet strangers and discover common bonds, but few have had such an impact as when Thomas Samuel of India met George Verwer in Europe and prayed that God would put India on his heart.

As a result, a small team was formed in late ’63 to travel overland to the sub-continent. When Greg Livingstone said that he didn’t know where India was, George retorted, “Go east—you can’t miss it!” And go they did, a literal ‘40 days and 40 nights’ experience that built their faith to match their vision.

OM pioneer Frank Dietz recalls his first trip: “Gordon Magney and I were in Spain when Dale Rhoton made a survey trip to India to prepare for a team to reach its 50 million Muslims (at that time). Gordon and I wanted to be on that team. Others left first for India, while Gordon and I left in November, stopping along the way to share the gospel in Yugoslavia, Bulgaria, Turkey, Afghanistan and Pakistan."

In Bulgaria, believers not only gave the men money but also welcomed them into their homes and provided them with food and rest. In Turkey, they were stopped many times by the authorities for distributing literature.

“Upon leaving a small village, we were stuck in a snowdrift. Five men came to help, after which they wanted $5 each, but we had started out with only $35 to begin with from selling books in Switzerland,” Frank remembers. “When they looked in the back of our truck, they saw 1930-style women’s fur coats that we used for rugs.”

Selling the rugs to them, the men travelled to Iran, where a businessman introduced them to two English brothers on their way to work in a Hindu ashram. “We were reluctant to take them, but told them that they would have to sit in on our morning devotions as a team,” said Frank. “Eventually, these two brothers made a decision for the Lord and joined our teams in India. One eventually became a missionary and the other a pastor.”

The group arrived in India on 1 January, 1964, after driving in freezing weather with no heaters. “It was a wonder that we made it,” said Frank.

"What did I learn from all of this? First, that God wants His children to take more risks and, secondly, that God is faithful. What started out with about a half-dozen Westerners and two broken-down trucks turned into a movement that has reached millions with the gospel and brought into existence the ship movement. Problems that arise are often opportunities in disguise."

Overland trips across Europe and Asia in outfitted vans continued for the next 15 years. 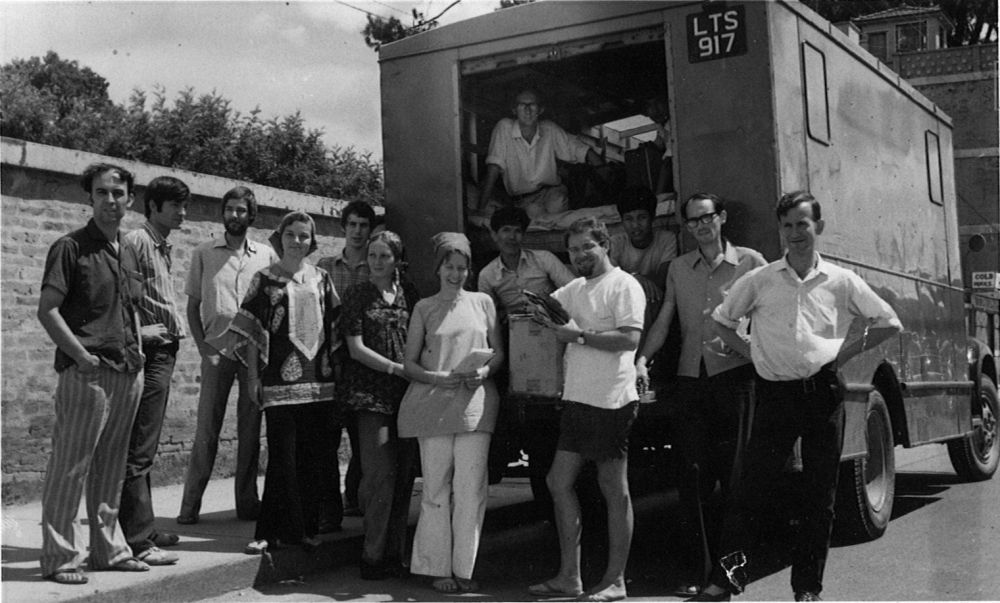 From the beginning, OM’s every effort was directed to working alongside Indian churches—a radical departure from the normal practice of Western missionaries. All foreigners were equal team members with Indian brothers and sisters, whose leadership development was paramount. For Commonwealth citizens, there was an expectation that many would choose to serve in India, since they could obtain visas easily and import and then drive foreign vehicles, usually large lorries crammed with supplies and literature. But ‘foreign worker’ could have as easily been applied to Indian team members from the South who were sent to the North: It was an entirely cross-cultural experience requiring as much humility and sacrifice as for any Westerner.

There were trying times, as teams sharing the gospel in Muslim areas were often chased out of town. Yet one Muslim shopkeeper bought and read a gospel, began to attend church and transformed his shop into an outlet for Bibles and literature that touched thousands of lives.

Another Muslim, Ghulam Rasool Bhatt, wrote, “They came as a whirlwind, held open-air preaching…sold gospel literature while doing shop-to-shop visitation. One of my servants bought a packet of books. Out of curiosity I began reading… I was also in contact with a Western missionary; after several conversations I received Jesus Christ.” 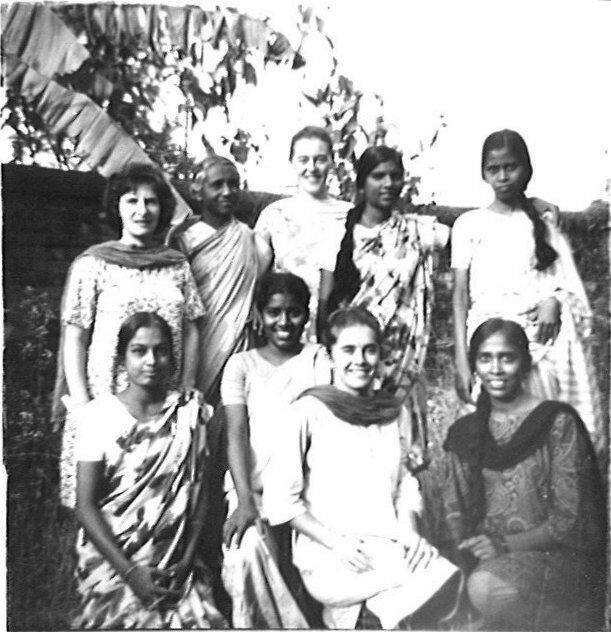 Within three years, 30 million pieces of literature, much produced in India, had been distributed hand to hand. Teams had visited most states and Indians were leading the movement. By 1967, there were 50 OMers committed for the long term. Teams concentrated on personal witness, literature distribution and correspondence courses.

Teams with Westerners were often stopped by police in sensitive areas and were taught to be respectful yet confident, quoting Gandhi, who said, “I shall say to the Hindus, you are not complete until you have reverently studied the teachings of Jesus.” This, they would claim in all sincerity, was the driving force of their work.

In ensuing decades, the work of OM in India expanded steadily. In 1988, it became evident to Indian leadership that a response must be made to the teeming hundreds of millions of desperately poor and marginalised.

The Good Shepherd ministry, which sought to alleviate poverty through education and skills training among the lowest in society (the Dalits) spread quickly, In partnership with others, OMers set up medical clinics, primary schools in English, adult literacy classes, vocational and business training and more. All this was done in the name of Christ, and new Christian communities among the poorest of the poor flourished.

In time, it became apparent that decades of prayer for a nation-wide indigenous church was being answered, and the ministry restructured its activities and mandate accordingly, eventually becoming an independent, indigenous mission force for the coming century.

Greg Kernaghan joined OM in 1978, a time when most of OM’s pioneers were still in leadership and when tales of early exploits could be heard of first hand. He and his wife, Anni, have served on the ships, in Finland, in Canada and as part of the OMNI (communications) team internationally.

Published: Sunday, 27 November 2016
Credit: Greg Kernaghan
© 2016 OM International This email address is being protected from spambots. You need JavaScript enabled to view it.

India is the world’s second most populated nation with more than one billion inhabitants. OM’s work in India began in 1963. In 2012, OM India became GS/OMI, a separate, autonomous church-based movement led by Indian nationals, who now partners with OM.

In 1988, it became evident to leadership that OM needed to respond to the hundreds of millions of poor and marginalised in India, specifically the Dalit-Bahujan people, or ‘untouchables’.