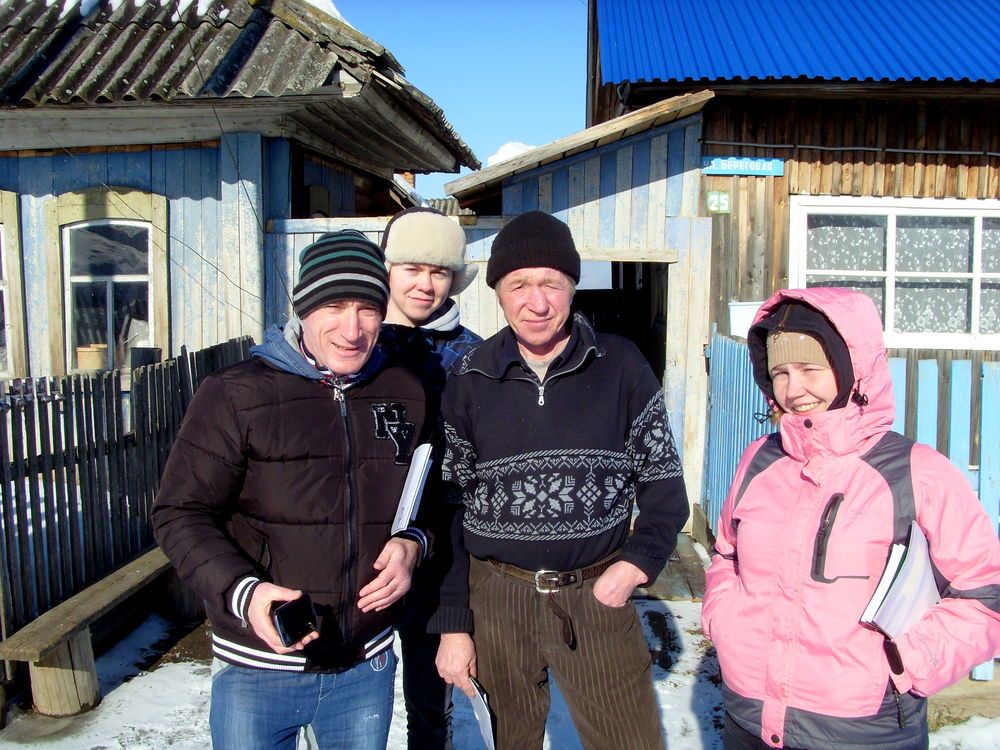 Russia: DC students shared the Gospel with an unreached group of people.
“When I arrived in Russia on Victory Day, 9 May 1993, it snowed—an appropriate welcome to Siberia, even in spring!” recalls Australian Lloyd Porter, who was the Field Leader of OM Russia for 10 years.

From the beginning, students crowded into the OM team’s tiny flat each week, eager to hear about Christ. “They often had no idea who God really was, but they were desperate to learn more,” says Lloyd. They were full of excitement about their new faith. On Saturdays, they gathered with the leaders for ‘church’; on Sundays, they attended regular church services; on Mondays, they attended OM evangelism training; on Wednesdays, they had Bible study and, on Fridays, they joined in outreach in train stations and shopping areas. “They wanted to grow in and share their faith, “remembers Lloyd, “but they desperately needed training to do so.”

Around that time, a Russian pastor, who had remained faithful during the years of communism, said to the team, “The best thing you could do is train our young people in their faith and instil in them a desire for reaching people in remote parts of Siberia.”

This resonated deeply with OM leaders and took root when Colin and Bron joined the team in the late '90s. Soon after, a Russian called Vitali attended an OM prayer meeting. He brought a large map of the area. When he pointed out each town on the map, the group prayed for that town. Vitali prayed that God would use OM to train missionaries to move into these places and extend God’s kingdom. “God had begun something inside us,” says Colin. “Sometime later, the wisdom of training others in ministry, instead of continuing to serve on the ‘frontline’ ourselves, became clearer.”

Over the next two years, the OM team put together a six-month residential programme for Russians, bought a four-room flat and invited students to study there. “It was a great day in 2006 when we opened the doors to the first eight men and women,” remembers Colin.

The team was worried about the sparseness of the accommodation and apologised to three of the young men. The men laughed out loud, though; two of them had recently been released from prison, where they had shared a room that size with 18 others! “This was, and still is, a hallmark of the discipleship programme,” says Colin, “God entrusting us with former drug addicts, alcoholics and criminals, whom He had already begun to transform into His ambassadors for the gospel.”

In May 2016, the OM team celebrated 10 years of the Discipleship Centre. “What a joy it was to reconnect with over 100 former students, now spread out right across Siberia, Russia and the ends of the Earth,” says Colin. “An incredible answer to that prayer on our living room floor 12 years earlier.”

In 2013, Tim and Jo joined to train new Russian disciples. OM has trained 138 people over 10 years; another 22 students are currently studying. Past students are now involved in various ministries, such as planting churches among ethnic minorities like the Tatars in Northern Siberia. Alumni also visit local prisons weekly and lead Bible studies among interested inmates, a number of whom have come to faith. Graduates of the Discipleship Centre are also serving on board OM’s ship, Logos Hope. One graduate, Alena, is in charge of the cleaning crew, who are known on board as the ‘angels’. “In Russia, we joke that she's the archangel!” laughs Tim.

About 25 per cent of male graduates have gone on to seminary to become pastors, and a large percentage of the graduates serve in full-time ministry. Some have even gone into overseas missions.

Many of the Russians who participate in OM’s training programme have memorable stories. Yury, who graduated early in 2016, was 12 when he first went to prison; at 13 he learnt how to steal cars. By 20, Yury was a heavy drug user and had contracted tuberculosis. He learnt about Jesus from a local believer, Aleksey, who now serves with OM. Yury eventually understood that God wanted to change his life. Released from prison six months later, his first priority was to be baptised. Soon after, he began studying at the OM Discipleship Centre, learning about the Bible, preaching, serving in various ways and sharing the gospel with others.

Today OM continues to offer Russian believers six months of intensive Bible study and ministry training. After students graduate, OM offers them opportunity to live among unreached people groups to share the gospel and help plant churches, fulfilling the vision to see vibrant communities of Jesus followers established all over Siberia and beyond.

Katherine Porter and her husband, Lloyd, have served with OM for 26 years. Six years helping to establish teams in Eastern Europe after the fall of communism paved the way for 10 years as field leaders in Russia. In 2007, they and their two daughters moved to Western Australia, recruiting and sending people to serve across the OM world. Katherine is currently the Director of OM Global Organisational Development.

Published: Monday, 29 May 2017
Credit: Katherine Porter
© 2017 OM International This email address is being protected from spambots. You need JavaScript enabled to view it.