'They now have hope' 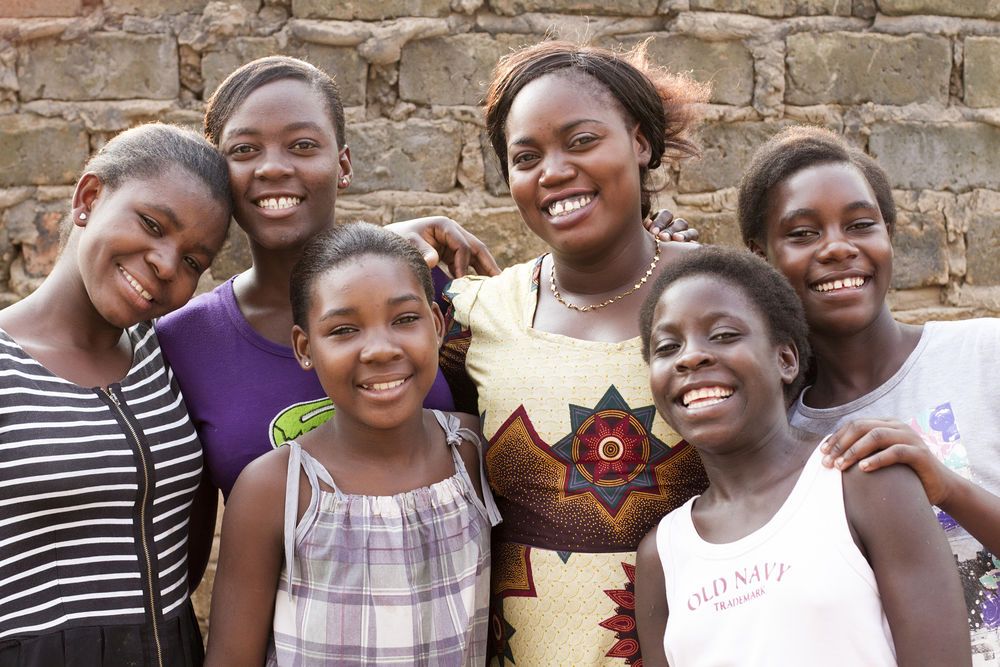 Zambia: Hope House is a safe place for vulnerable girls and young women in Mpulungu, Zambia. Five girls currently live in the house with OMer Cecilia (centre). Besides having a safe place to live, the girls are able to continue their education and develop spiritually.
Cecilia Kasale moved to Nsumbu in 2010 to help plant a church through sports. It was there that she met Grace and Bwalya, two young girls who ended up moving in with her due to their unstable home conditions.

“I went through vulnerability,” admitted Cecilia. “I was not an orphan, but had parents, brothers who were doing well, sisters, but they just rejected me. I know how it feels at that age to be vulnerable. Since my childhood it has been my passion to help girls like that.”

When Cecilia moved back to Mpulungu in 2014 it was hard to see the girls returned to their families.

“I had such a heart for these girls; having seen what goes on in the villages, how they have no value, no chance to go to school and when they reach 14 years old they have to get married,” said Cecilia.

Sharing her heart with the Lake Tanganyika leadership, they prayed together that if it was His will that God would make it possible to stay with girls like Grace and Bwalya. In late 2015 He provided the money to purchase a safe house in Mpulungu and in January 2016 Hope House was opened.

“The dream is to rescue as many girls as possible,” Cecilia explained. “We will take from this generation and they will grow up, and I know some of them will not be able to do well in school so we have to provide them with skills, things that they can do better at. We will empower them with things they can do. Those who can finish their education will finish.”

Five girls live in the house with Cecilia ranging from age 10 to 17.

They share the cleaning and cooking duties and together are a family. Each evening they have some sort of activity together; from prayer, to game night, to worship and weekly debriefs.

As education is not seen as overly important, especially in the villages, the older girls are far behind in their learning, particularly reading. It is very discouraging for them to go to school and know they are behind their younger classmates, and yet receive little help to catch up. At home they are able to work and learn together, as well as receive encouragement in their studies.

Six females living under the same roof might not always be easy, but to Cecilia it is worth it.

“It’s a very stretching experience (being the ‘mom’),” said Cecilia. “I knew Grace and Bwalya before so they know when I am serious and when I am laughing but for the others it takes time to get to know one another. With some there are language barriers, but I am learning some Lungu and they are learning some Bemba so we can communicate better.”

Though they haven’t been together long, Cecilia has seen a difference in the girls.

“I’ve seen changes in their spiritual lives, especially Safi,” Cecilia said. “When she first came every night she would manifest, I had to pray and chase those demons away for months. Also she was crying all the time. Now she is gaining confidence in herself and getting to know herself. Having time with God, doing devotions and discovering what God says about her is helping her a lot.”

“The other thing I see changing in them is that they are beginning to love. The people along the lake don’t love to share. They can share [food] but when it comes to things like clothes you see division. But in the girls you can see if the clothes don’t fit well she’ll give it to the friend without anyone telling her. They are learning to love each other.”

“God has been teaching me so many things as well,” said Cecilia. “Number one is to be patient. Like when Safi came she didn’t even know how to wash her own clothes. In our culture a girl needs to know how to wash and clean but she was very much behind the other girls. Wherever she stayed she was chased away so she never had a chance for somebody to teach her.”

“Also just to love the person the way they are. They are different girls from different backgrounds with different abilities and interests.”

Bwalya, her nine siblings and parents, were staying in a temporary camp as they had no permanent house when Cecilia met them. Her father was very sick and couldn’t do any work and the whole family depended on her mother for provision.

After Bwalya’s father died her mother took the three youngest children and left to find work. Bwalya was left in a vulnerable state – unable to go with her younger siblings and unable to marry or get a job like her older ones.

Cecilia had gotten to know her through Sunday School programmes and took Bwalya to live with her and Grace.

When Cecilia moved back to Mpulungu, Bwalya stopped going to school and started taking care of other young children. Although only nine, she was treated as an adult and expected to take care of herself until she was old enough to be married.

When Hope House opened Cecilia brought Bwalya back to live with her again. Bwalya doesn’t find it easy being the youngest in the house after having been treated like an adult for so long. However she is finding joy in being able to be a child again.

In the village, Bwalya’s family had a reputation for arguing and fighting. Bwalya always had scratches and cuts on her face from physical fights with both teenagers and adults. She thought life was about fighting. Now she is learning to respect other people and her true sweet character shines through her precious smile.

Bwalya loves God and does her morning devotions and prayers without any reminders.

One day she dreams of going back to her village to help develop it and work with vulnerable girls.

Praise God for the provision of Hope House! Pray for each of the girls; that they will find their identity in Christ, that they will know they are loved, for perseverance in completing their education and that they will grow into Godly women.

Published: Monday, 23 January 2017
Credit: Rebecca Rempel
© 2017 OM International This email address is being protected from spambots. You need JavaScript enabled to view it.