Midwifery in the Middle East 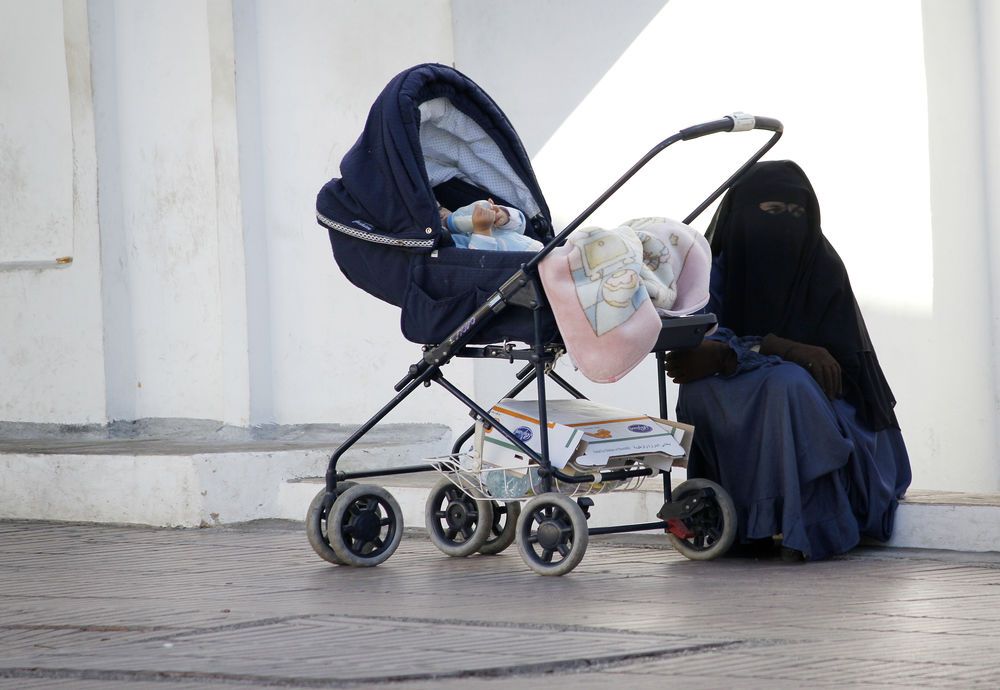 South Africa: Conservative Muslim woman sits with her child in the shade of the mosque in North Africa. Photo by Megan Ross
Ever since becoming a follower of Jesus when she was 17, South African OMer Eden* has felt called to take the good news to difficult places. She is trained as a nurse and midwife and wants to use those skills for the Lord in the Arabian Peninsula—one of the least-reached areas with the gospel.

Eden became a believer in high school, when a local church started holding Bible studies twice a week at the school. She had visited a church on the corner of her street since she was small, but her family was not religious.

“I always felt like there must be more to life,” she said. “I often asked the question, ‘What is the meaning of life?’”

One of the girls at her school began sharing about the meaning of life and explaining that our purpose is to make God greater.

“Eventually I got the sense that I mean something, and I can make a difference in society and I’m put here for a reason,” Eden shared, “and then I thought, there must be many others who wonder, what is the meaning of life and why am I here? And they need to hear this, I need to explain to them.”

Soon after becoming a believer, Eden told her parents she wanted to be a missionary. Her parents told her that she had to study at university first and if she still wanted to after that, then she could go. They hoped that going to school would change her mind—it didn’t.

Eden had always wanted to study engineering, but when she became a believer she decided to study nursing instead because she knew it would be easier to get into closed countries through the medical field.

At university, she heard a speaker from OM and decided to enroll in their Mission Discipleship Training (MDT) in Pretoria. Her father objected, but his wife reminded him of the promise they had made.

“I studied, I did what they wanted me to do, and now they can do nothing about it,” Eden laughed. “They were kind of like, ‘Well, she did what we asked her.’”

In South Africa, nursing and midwifery is a combined degree, but Eden didn’t think she would like the midwifery part. Her mother had died giving birth when she was young.

However, “God changed something in my heart regarding women and children,” she said.

There was a woman sleeping overnight in the hospital because her baby was in the Neonatal Intensive Care Unit (NICU). He had a rare genetic disease and likely would not survive. When Eden asked her about it, the woman broke down crying because she did not know whether or not to take her baby off of the machines that were keeping him alive.

“We are taught not to cry in front of patients, but I couldn’t help it, I just started crying,” Eden shared. “Then I asked her if it would be possible for me to pray with her, and she said, ‘Yes, please pray with me.’”

The next day the woman came and asked her if she would come and pray for her baby to go to Jesus. She also thanked Eden for being the first person in the hospital to actually show emotions. It made her feel like what she was feeling was real.

“That really touched my heart,” Eden said. “Me just caring about this lady’s baby opened her heart to prayer, and when I started working in the NICU two months later so many more stories just like that happened there.”

“I know that in some Muslim countries, men are not allowed to treat women, and so I know they have a need for nurses or midwives,” she shared. “My passion is nursing, my calling is to be a missionary to the unreached, and so I just put those two together.”

She started praying about going to Jordan, but nothing came of it. Then she began praying about the Arabian Peninsula, asking God for a confirmation. Within a day, she got three emails about that part of the world, and they talked about it in her MDT class.

“When I started talking about it, so many people from the [MDT] base knew connections or others who had worked as nurses in the Arabian Peninsula,” she explained.

Eden hopes to make lasting connections with women through working in the NICU.  One male worker in the Middle East told her, “Sometimes it may look like the house structure is that the males dominate it, but actually sometimes the women are also actually in charge.”

“So if you touch the hearts of the woman, and she invites you into her house, then you can start to work with the family that way,” she explained. “I would really like to build relationships and change lives like that. In a long-term kind of way.”

Pray for Eden as she leaves the MDT base and fulfills her seven-year, God-given dream of going to a closed nation. Pray for God’s will for her life, and that she would be sensitive to His voice as she reaches out to women and babies in the NICU.

Published: Wednesday, 12 October 2016
Credit: Megan R.
© 2016 OM International This email address is being protected from spambots. You need JavaScript enabled to view it.