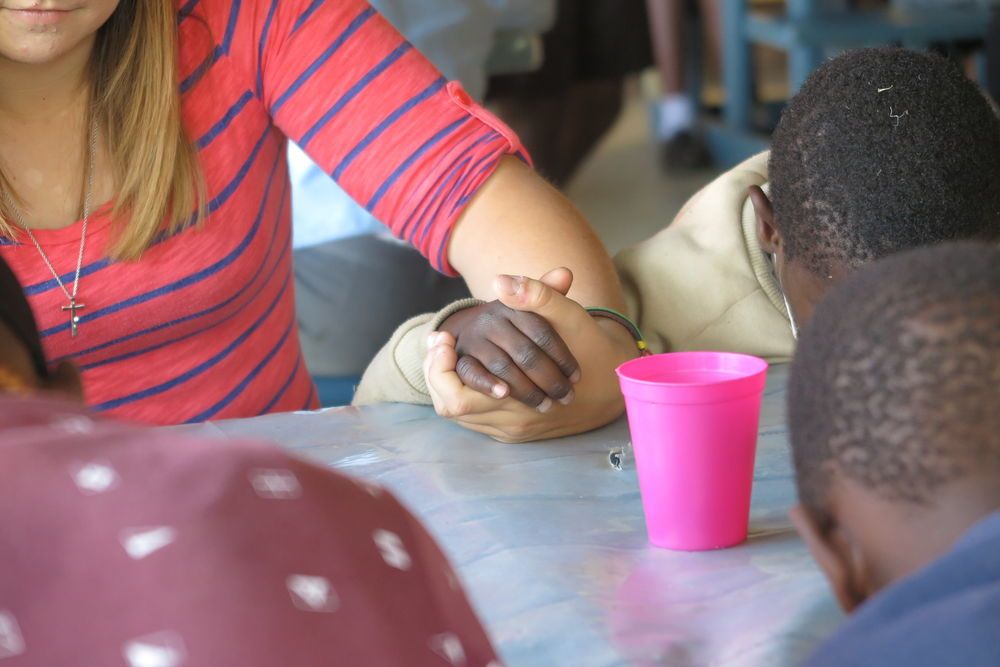 One of their first stops was the local police station. Not wanting the kids to be discouraged when they saw the long queue, AIDS Hope team member Megan suggested that they could talk to those waiting. While she was supervising from a distance, the kids approached a woman who was clearly having a bad day.

While one of the kids explained the gospel in the form of the wordless book in English, the other translated in their own language. Shortly after walking away, the lady called the children back to thank them and explain that she was so encouraged by what they shared.

“I will sleep [well] tonight because I heard the Word of God,” she said.

The team testified how they were able to see the kids change throughout the day. At first, most of the kids seemed shy, but as the day progressed it was clear that they became bolder and more open to sharing. One of the smaller girls was particularly shy, but because of what her friends did and experienced, she took all the courage she could muster and walked up to a guy asking him if they could pray for him.

“I think it was good for the kids to actually see that they can also talk to people and encourage them,” Megan said during the team debrief. Another team member confirmed this by saying that it is good for the kids to see what a missionary is and does. Hopefully this will enable the children to take initiative to share the gospel at school or other places in their lives.

Published: Tuesday, 24 January 2017
Credit: OM International
© 2017 OM International This email address is being protected from spambots. You need JavaScript enabled to view it.