Repairing smiles in the Odessa province 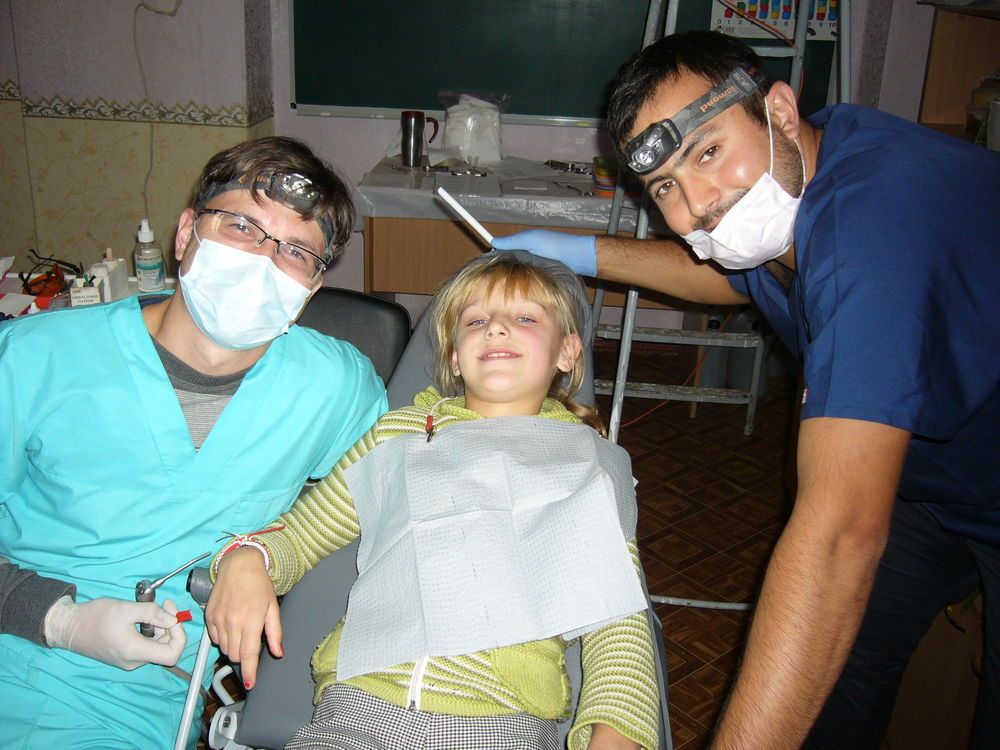 Ukraine: Repairing the smiles of orphans in the Ukraine
Dima* is a dentist who has always felt that his profession is ‘second rate’ when listening to the doctors he works with in a military hospital in the city of Odessa. A year ago however he was part of a volunteer team who went to an orphanage to fix the children’s teeth. Since this time with the orphans, Dima has found God speaking to his heart, showing him that his profession is exactly what the Lord needed to reach out to the children and there is nothing ‘second hand’ about that.

This year once again, money that was raised through OM Ukraine’s R4TW (Run for the world) project paid for dental work on around 70 children in another orphanage in the Odessa Province. Dima was more than happy to join the team.

Another dentist that joined the team, Masha*, shared about a phone call she recieved the day she needed to leave on the outreach. That month she would be taking her final exams, but the University told her that since she had not paid her fees, she would have to come back next year, pay and then take the exams. The problem was, she HAD paid and had the receipt to prove it. The person on the phone told her that this was her problem that the money had not been received, and that was the end of it. Masha prayed that the Lord would sort this out and left for the outreach – instead of going to the University to clear things up herself. When she returned, the money had miraculously turned up in the University’s bank account.

Masha was touched by the fact that these children were alone and lonely and lifted a heartfelt prayer, that each would feel that God himself is with them.

“After the outreach, the orphanage director praised not only the dental work done, but was especially impressed by the way that the volunteers took time to fellowship with the children and how not one of the children felt lonely during these three days,” Masha shared.

The OM Odessa team is thankful for the Heritage Foundation with which they partner in reaching out to orphans in the Odessa province and to the volunteers and dentists who gave their time and expertise. Their prayer is that each of these children would learn that God is their Father who loves them.

Published: Tuesday, 10 January 2017
Credit: OM International
© 2017 OM International This email address is being protected from spambots. You need JavaScript enabled to view it.