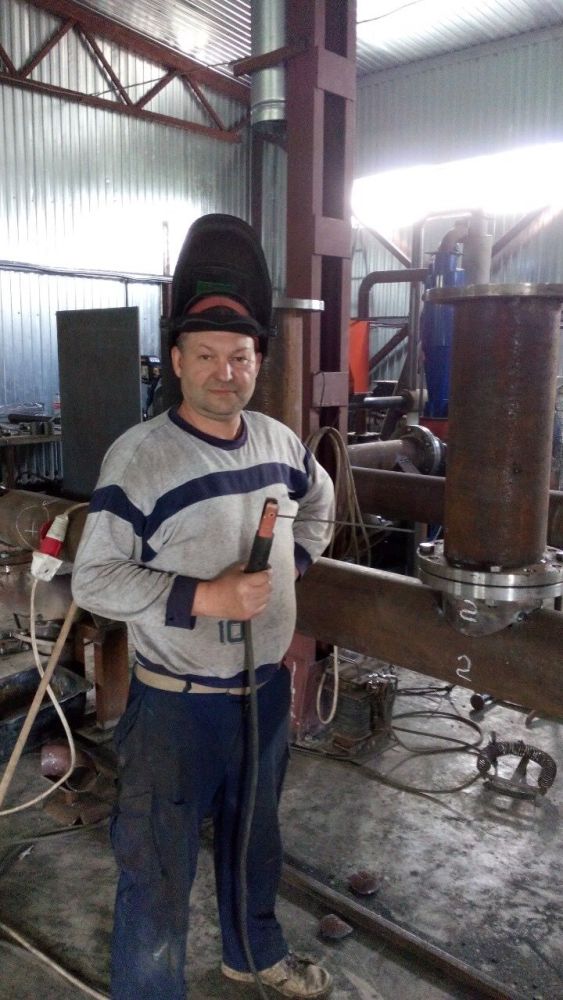 Ukraine: Sasha, a life renewed though B4T in Ukraine
Two and a half years ago, the Ukraine was a great country to live in. Due to the war, the country's entire economy was paralysed and the local currency dropped from 9 UAH to 26 UAH to the USD.

As a result, Sasha's* decorative metal working business was also failing badly. It was then that an OM missionary approached Sasha and invited him to head up the “waste2fuel pyrolysis endeavors."

The project involved lots of metal working, welding, process control and problem solving. When Sasha agreed, it was not only an answer to prayer but confirmation of God's will. Sasha is one of few locals in a small town with the skills set to make this project a reality.

Sasha is rough and outspoken with few friends. But unlike many the OM team has worked with in the past, he is an extremely honest man and he records every work  and financial transaction in detail.

Now 22 months into this project, the team is approaching the "D-Day", when the production line will finally start earning money.  During this time, Sasha's life has changed. He is now not only out of debt, he has less back pain. About six months ago, Sasha admitted that since he started to work at the project, he has been released from huge amounts of stress. Stress from dishonest clients, unreasonable bosses and debt collectors. He is now free to devote all his mental energy to making the project a success.

Sasha is on a spiritual journey and has brought his friend Tolik*, also a welder, in to join the team. Tolik also has a unique character, but listens respectfully as the team prays, giving thanks to God in prayer.

Pray for the team as they minister to these two men through business, that the Lord would reveal himself to them and continue to bless their work.

*Surname not included for security reasons

Published: Tuesday, 08 November 2016
Credit: OM International
© 2016 OM International This email address is being protected from spambots. You need JavaScript enabled to view it.