Missions is for everyone 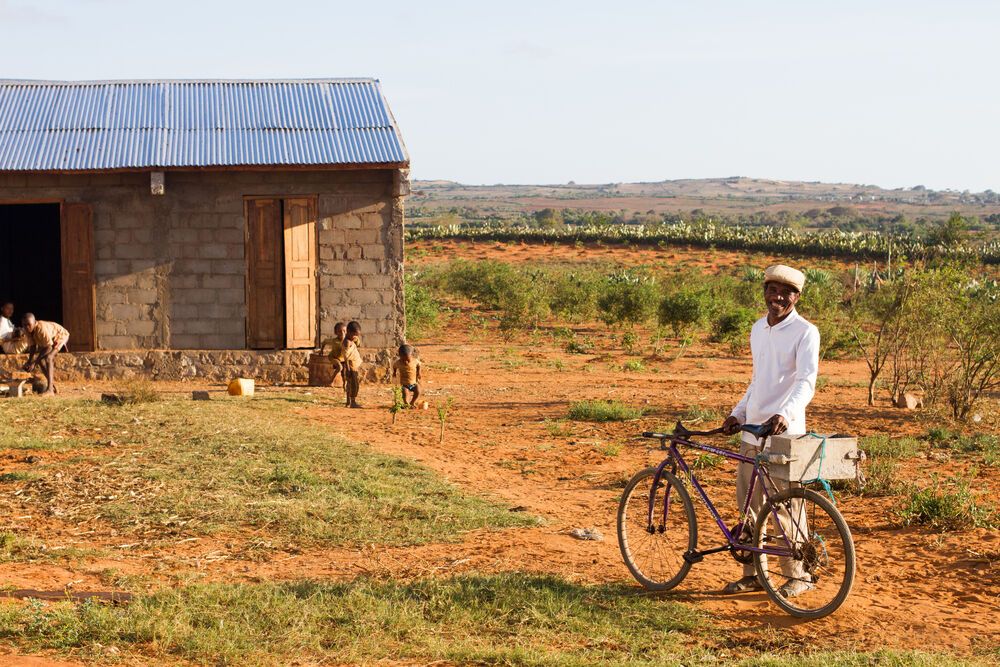 Madagascar: A man returns home in Ambovombe, Madagascar.
The call was put out to the churches around Antananarivo, Madagascar, looking for students interested in participating in a two-week outreach to the north of the island.

Eight students responded to the advertisement and made the two-day drive up north, along with two leaders, in the new OM Madagascar van to visit two cities.

For all of the students this was their first time going on an outreach. Participating in missions is still a relatively new concept for the Malagasy church as historically they were a destination for missions rather than a starting point.

OMer Holy, who led the outreach, saw the students develop and grow throughout the trip. At the beginning, she noticed how hesitant they were to share their testimonies and experiences with others, particularly Muslims, but by the end, all were eager to talk with people and show the love of Christ.

In addition to reaching out to local Muslims, the team was able to share in multiple churches about the heart of God and missions.

“Missions is for all, not only for us,” said Holy. “We showed them that it is not difficult to preach the gospel, it is just obedience.”

“God said to me ‘don’t be afraid, go and preach. I’ll put in your mouth the words to say.’ I just fix my eyes on God.”

Peace even in the struggles

One afternoon, Holy and another woman went to the market with the intention of sharing the gospel with anyone who caught their eye. They saw two children around ten years-old playing and joined them in their games. While they played, the ladies shared the story of Jesus with the kids and asked if they could meet their parents.

The kids led them to their house, which Holy immediately recognised as belonging to a very traditional Muslim family.

After introductions were made, Holy asked the family about their beliefs, what the main goal of their religion is and who Jesus is to them. While discussing the differences between Islam and Christianity, Holy asked them if they knew where they would go if they died today. The family replied that no one could be sure of that answer, not even the prophet Muhammad.

This opened the door for Holy to share her testimony and declare that she knew what would happen to her spirit if she died right then. She said she had that assurance in Jesus Christ. The ladies explained how Jesus is love, and because of His love, they were there in the family’s house that day to share with them.

The household listened and asked a few questions including if the ladies had peace in their lives because they had none in theirs. The women said yes, because Jesus lived in them they had peace even through the struggles.

While most of the household seemed open, the man of the house declared that Jesus was only a prophet and God wasn’t actually like the one they were describing. Despite his denial, he allowed Holy to pray for the family before they left.

Please pray for the seeds that were planted during the outreach. Pray that the Lord will send people to do a follow-up and nurture those seeds. Pray for the local church to see the importance of missions and the need to reach out to the surrounding communities.

Published: Thursday, 23 February 2017
Credit: Rebecca Rempel
© 2017 OM International This email address is being protected from spambots. You need JavaScript enabled to view it.