Who is the most important? 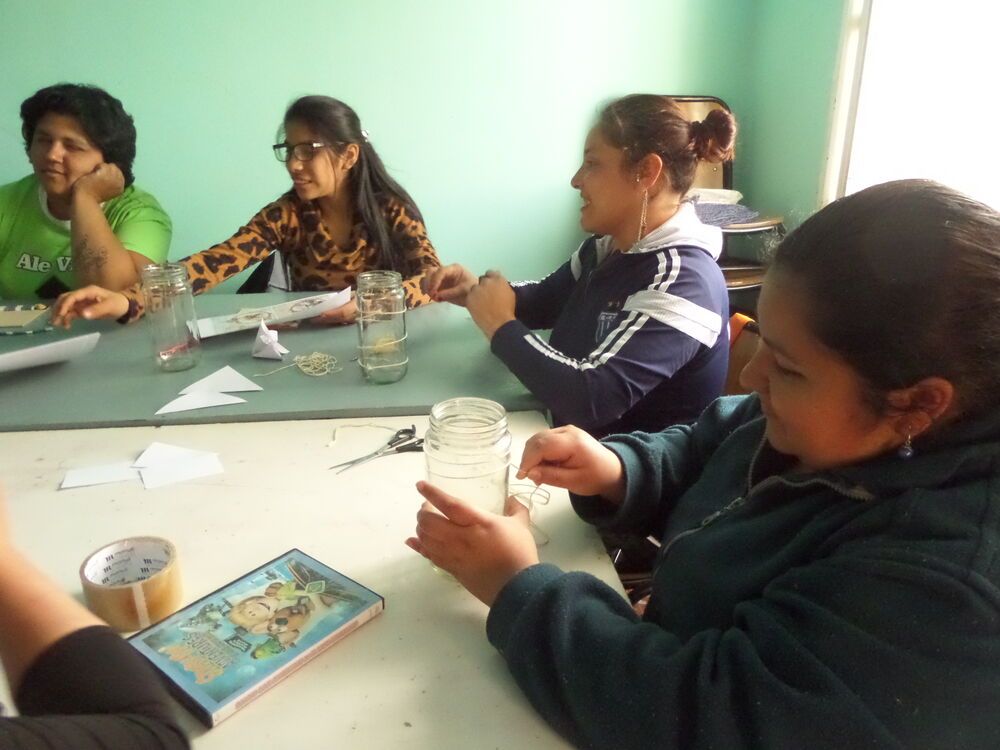 Argentina: Women study the Bible at a craft workshop in Las Violetas, Cordoba.
In the city of Cordoba, OM Argentina runs workshops for women in a dangerous neighbourhood known as “Las Violetas” where they spend time talking, drinking maté (a kind of herbal tea) and reading the Bible. After many discussions about family and God’s love the OM team members thought it would be good to talk about how to treat one another.  They saw the need to improve the way in which the mothers were treating their children.

As time went by there was little change in this area. The workers saw how some of the mothers that brought their children to the workshops were very hostile in the way that they were treating them. With little progress to be seen, some of the missionaries began to question if it was really worth it to invest in trying to change such ingrained attitudes, and also to continue putting themselves at risk by work in such a dangerous neighbourhood.

One day, during the Bible study time, the workers asked the women, “Who is the most important for God? Children or adults?” They all responded together: “Obviously adults!”

The OM members continued asking: “What did Jesus say?” Some of the women could paraphrase part of the verse that reads “Let the little children come to me.” Rita, a mother who frequently yelled at her daughter, was listening attentively. Suddenly her whole attitude changed: from her usually very extroverted and talkative self she fell into silence, lowered her head and appeared deep in thought.

The OM team realised that often history repeats itself in these families.  But they also believe that God’s Word has an effect on these women’s hearts and at some point this will bear fruit.

Pray that God will help the women at the Bible study to see their own children as He sees them.

Published: Wednesday, 21 December 2016
Credit: OM International
© 2016 OM International This email address is being protected from spambots. You need JavaScript enabled to view it.