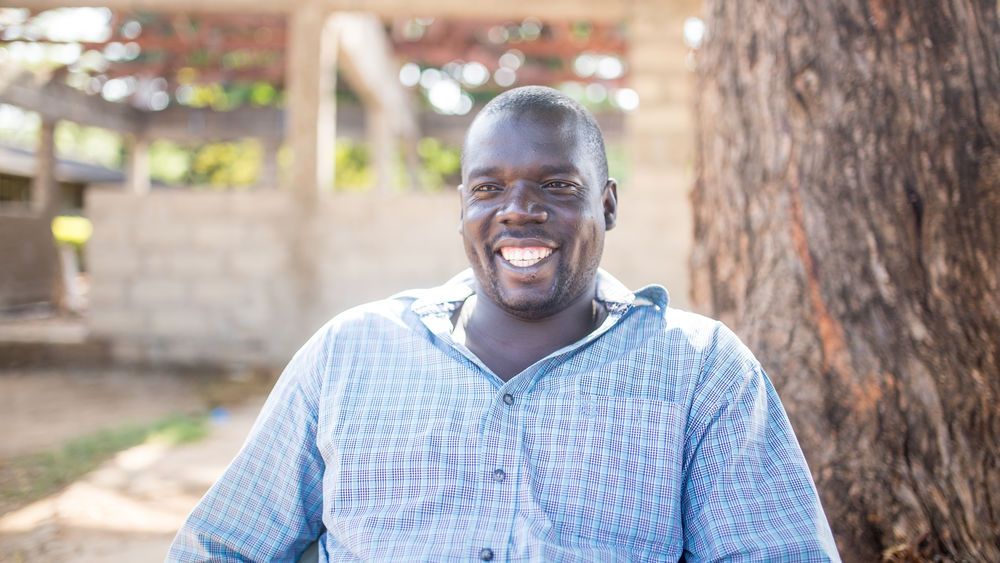 South Sudan: ?I?m praying that through the Christian bookshop ministry God is blessing South Sudan. Because we are a new nation and the basis should be according to the faith and the power of God.? - English Justin, leader of OMs work in South Sudan
“The most effective church planting teams we see in the Arab Muslim world are nearly always when we see local people in partnership with non-locals,” stated a former field leader of OM Near East.

Moving forward, involving locals and promoting them to leadership roles within the movement are critical steps, current regional leadership agreed. “We cannot reach the vision [seeing vibrant communities of Jesus followers among the least reached] without nationals involved—it is impossible!” emphasised Cade*, an OMer on the area leadership team.

From an early stage, OM incorporated local leadership into its ministry teams, including Sudan, Algeria, Israel, Egypt and the Near East Field (Lebanon, Jordan, Syria and Iraq). From the late 90s, a Sudanese national also took on the role of MENA Area Leader for 17 years.

Apart from Algeria and South Sudan (both completely comprised of national workers), “We have somehow struggled to keep developing a pipeline, a continuous flow, of locals…who can lead locally as well as be part of an international organization,” Richard said.

Algeria: OM’s involvement in Algeria – led and championed for 28 years by Youssef, a local Muslim background believer – shifted in 2016 to a second generation of national interim field leaders.

Rafik* first joined a short-term outreach in 1997, and Lina* caught the vision in 2003 after marrying Rafik. They joined the local ministry established by Youssef and his wife and were responsible for church planting and follow up (sometimes fielding 700-800 phone calls a month, country-wide) before accepting the interim field leader role.

When Lina and Rafik first began serving, they “knew there was somebody helping us both close and far away,” but they didn’t know about OM. Having discovered the source of significant financial support and training resources, Lina affirmed OM’s involvement in Algeria as a “great blessing.”

Egypt: An Egyptian national, who oversees evangelism and helps lead training for OM Egypt, agreed with Lina’s assessment of why national workers are important: language and culture don’t have to be learned. His own 16-year journey with OM started with a short-term outreach in Lebanon. “His vision and passion to reach people motivated him to learn how,” described another member of Egypt’s leadership team. “His practice in the streets gave him experience.”

Diaspora: Two transplanted MENA locals also lead self-initiated training projects in their host countries. One worker organises trips to reach out to Arabs in Europe. Another man, after fleeing the country he was raised in, now trains nationals in ministry to intentionally go back to that country.

“It’s part of our identity to train and send national workers,” Cade said, noting OM’s ongoing opportunity to recognise and raise up new leadership from missions-minded nationals within MENA as well as those from the global south.

OM MENA’s first priority, by God’s grace, is becoming more effective at enacting the company’s international mission, explained Richard. The second, he said, “is to see more of our local brothers and sisters take on significant responsibilities within our organisation…We need nationals involved at every level, including leadership.”

The biggest challenge is leadership expectations, Richard noted. Within OM, “to be a field leader we want you to be very competent at leading the ministry in your field. We also want you to be very competent at networking as part of an international organisation.” Because of the second stipulation, “sometimes we miss out on people who otherwise would be outstanding in every other respect,” he said. And when nationals do step into leadership in OM, sometimes administrative and networking duties detract from ministry in country.

National leadership can bring cultural, linguistic and social network advantages as well as a better understanding of the situation, however, “in extreme cases, it could be dangerous for locals to be associated with an international organisation,” Richard suggested.

Ultimately, there needs to be a balance. National leadership is important. God can also use foreigners with humble attitudes to connect local ministries with the additional partnership methods, resources and additional support available through OM.

Published: Wednesday, 18 January 2017
Credit: Nicole James
© 2017 OM International This email address is being protected from spambots. You need JavaScript enabled to view it.