God loves you in every language 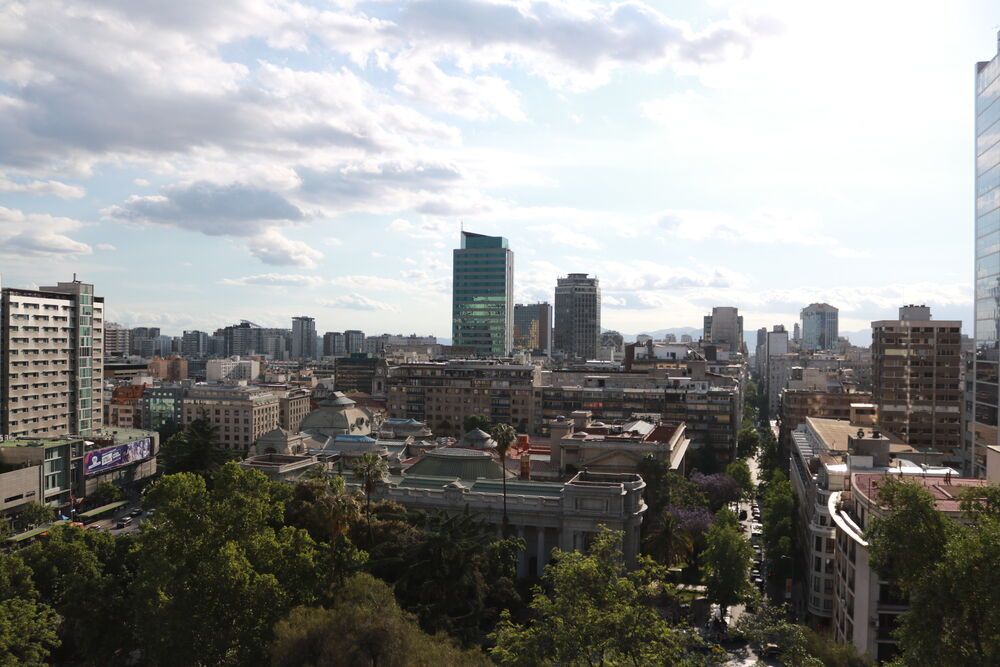 Chile: The city of Santiago, Chile.
Salome Zu from Switzerland participated in OM Chile’s 2016 Adventure Team. She shares about her experience doing ministry in the streets of Chile’s capital Santiago:

Last month I had the opportunity to be part of OM Chile's 2016 Adventure Team. In the first week of the short-term trip, OM Chile had us participate in the ministries they have.

One evening, we went to a metro-station with a lot of sandwiches and a thermos filled with tea. We planned to go see the homeless people, give them what we brought, pray for them and share the gospel with them. When we arrived at the metro-station we first started to pray in the group. We prayed for open hearts, for safety and for God’s guidance for the night. And off we went to the area where the homeless people spend their nights.

The first man we came to was sitting on his ‘bed’ by the side of the road. It was just a flattened piece of a cardboard box. We went to him and gave him a cup of tea and a sandwich. The man started to smile. OM Chile's homeless ministry leader, Roel Westerbeek, started to talk to him, and a girl on the team began to translate for me.

Roel started asking him about his life and how long he has lived on the street. During the conversation the man asked about our motivation to sit with him, so we started to introduce ourselves and Roel explained to him about what we were doing there that night. He also started to share the gospel, and the homeless man’s face lit up as he explained that this was the most beautiful moment that he had ever experienced. He nearly started to cry. As the girl kept translating my heart was deeply touched.

During the conversation the street cockroaches surrounded our feet. For the man, they were so normal. He didn't even seem to notice them. This was also something that really touched me. I am so thankful that God blessed me with a house and a soft and warm bed. I couldn't believe this man could be so thankful for this single moment with us. He told the group, with tears in his eyes, that he would never forget that moment.

It hit me just how important it is to share true love with others. True love doesn’t come through a language, because we often speak different ones. True love comes through Jesus. I am able to pray that this man will go to the church Roel recommended and I can pray that there he would surrender his life to Jesus. Before we left he smiled, as we explained to him that God loves him.

Join Salome in prayer for the homeless people living on the streets of Santiago. Pray the OM Chile team and their ministries in various parts of the country.

Published: Wednesday, 22 March 2017
Credit: OM International
© 2017 OM International This email address is being protected from spambots. You need JavaScript enabled to view it.

A girl from the Netherlands comes to OM Chile with passion to do evangelism. Instead, she gains a true appreciation for mobilisation.