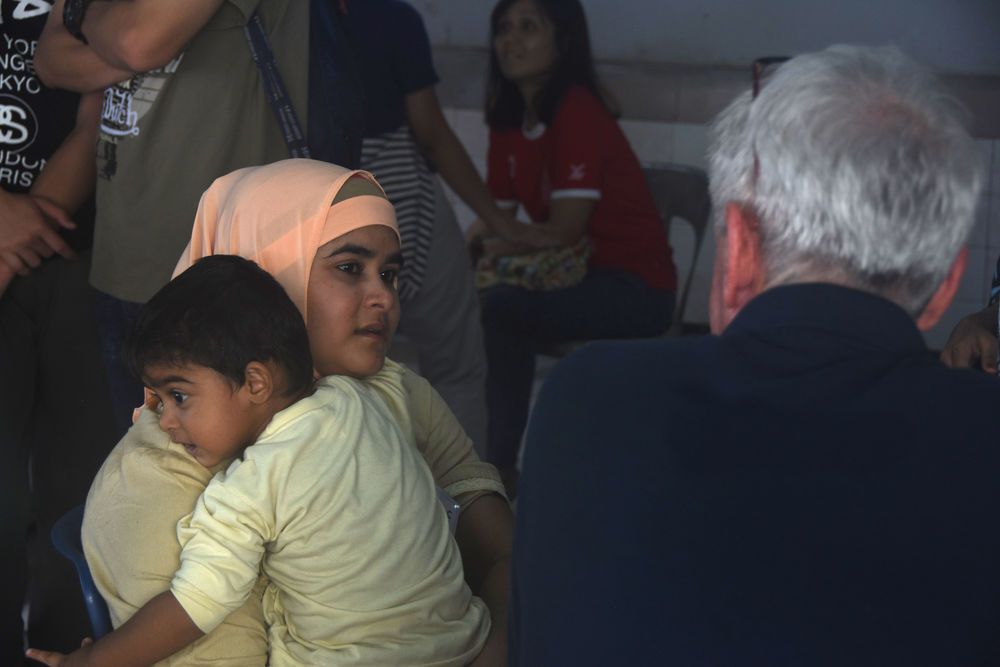 Malaysia: Local partners of OM hosted a medical clinic in Malaysia for refugees from Myanmar, who appreciated the three doctors and volunteers serving their very real needs.
“So Jesus makes the black, white?” asked Ana* as she contemplated the colourful beaded bracelet she was holding in her small hand. The eight-year-old refugee from Myanmar, while visiting a medical clinic for refugees in Malaysia, was engaged in conversation with one of the volunteers after someone else had handed out a few of the black, red, white, and green beaded bracelets - where the black represents separation from God and the white, restoration.

“I started by asking [the group of kids] if they knew what the colours meant,” said the volunteer, Rachel*. From there the conversation covered a variety of topics about Christmas, including Christmas trees, the star of Bethlehem, stockings and why gifts were given.

That day almost 100 men, women and children, all Rohingya refugees from Myanmar, visited the medical clinic, which is hosted every week in a new location to attend to the needs of a variety of people groups throughout parts of Kuala Lumpur with a high immigrant and refugee population. Many of these refugees receive very little help elsewhere, and the medical clinics offer an opportunity to care for their physical needs and to build relationships with them. Volunteers help individuals to register before they sit down with one of the doctors, and then simple medications, mostly against the flu and miscellaneous aches, are distributed. Throughout the process other volunteers engage the crowd in simple games, craft activities, or conversation.

“I wasn’t sure [Ana] had understood what I was telling her, until she asked that question. It just summarised so well what I had told her,” explained Rachel* about the dialogue with Ana, and a few others who curiously listened in.

With English as a second, third, or even fourth language, many of the “conversations” held with volunteers that day involved a lot of hand-gesturing and pantomiming; but for Ana the clarity of the words understood was obvious by her sentence summary. This Christmas may have been the first opportunity for her to learn about why gifts are given during this time of year.

Published: Wednesday, 14 December 2016
Credit: OM International
© 2016 OM International This email address is being protected from spambots. You need JavaScript enabled to view it.

The varied teaching styles at Teenstreet Malaysia 2016 helped teens to connect with the theme of discovering their identity.

Young believers among the indigenous people in the rural areas of Sabah, Malaysia are impacted through discipleship.