Connecting with God in prayer 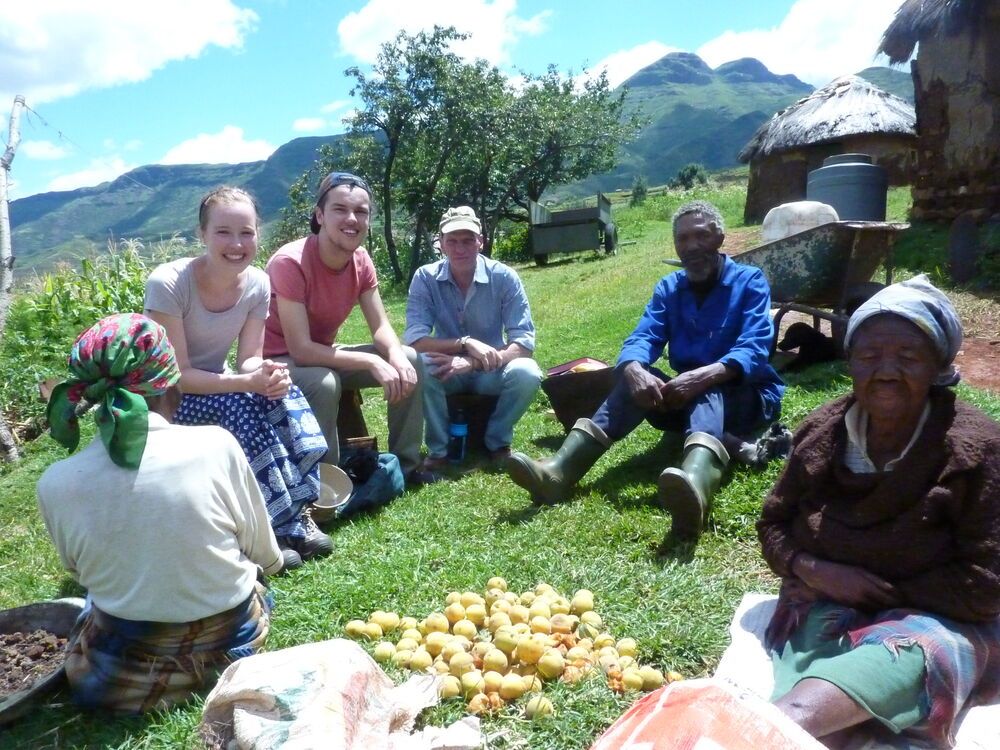 South Africa: Kathryn Jenkin and her team visiting homes in Lesotho.
Missions Discipleship Training (MDT) is an extensive training programme in South Africa aimed at equipping people for a missional life wherever God calls them. Part of the course involves the students applying what they learnt during lectures in a practical way: outreaches.

In 2016 the MDT team visited the small mountainous country of Lesotho. During door-to-door ministry on the first day, the team met a man in his seventies. While chatting with him and learning about his life, the team learnt that the man had had a stroke which affected the use of his right arm and leg and left him in a great deal of pain.

When asked if he would allow the team to pray for him, the man admitted he didn’t know how to pray. Assuring him that that was alright, the team shared how prayer wasn’t supposed to be hard; but a way to communicate with the Lord. Their conversation opened a door for the team to invite the man to their daily prayer meeting.

Though he lived a fair distance away, the man faithfully walked to every meeting, amazing the team by his commitment. In preparation for the long journey he would get up early and stretch his legs before setting out.

During the outreach God touched the man’s life. The pain in his hand slowly went away and joy shone on his face.

Published: Wednesday, 31 May 2017
Credit: OM International
© 2017 OM International This email address is being protected from spambots. You need JavaScript enabled to view it.

Belen, 20, discovers she doesn't need to wait to serve God in missions when He sends her to Africa for six weeks.