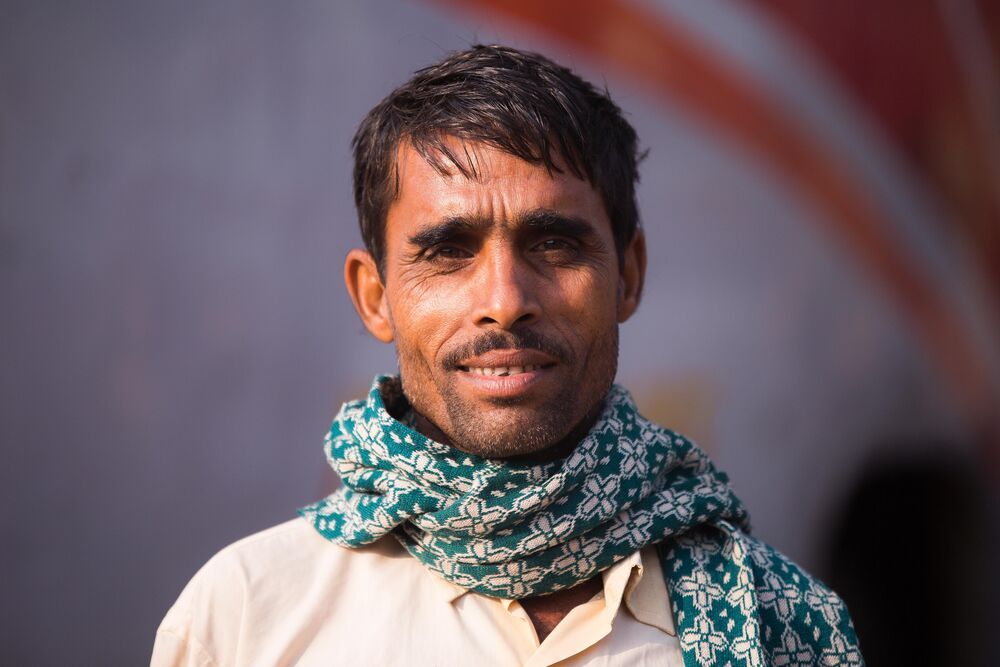 Bangladesh: Portrait of a Bangladeshi man
One could hardly miss him in one way, and yet in another he seemed to blend in. Rajib* was quite tall but inconspicuous as he quietly soaked in all that was happening around him.

Somehow he had been drawn to this sporting event in his town on his day off; he couldn’t quite put his finger on why. A lot of people were scurrying around busy with their task of getting ready for the event, but he noticed something was missing--a manager.

Normally, a manager with a big voice would be telling the workers' crew how bad of a job they were all doing and how he was going to dock their wages. But when Rajib stopped one of the workers, he found he was one of many volunteers that night giving his time unpaid. They all seemed to work together seamlessly. How could this be true?

He was told by the worker that if he was interested, he should come along at 8 p.m. on a Thursday evening when they had a time where like-minded people met. Rajib was intrigued to find out more, especially as he was a member of the elite secret police. When he arrived at the location the next week, he was greeted warmly at the meeting. A Bangladeshi man was speaking in words that Rajib had not heard before about the prophet Isa Masih (Jesus).

Rajib had been spotted by the wife of one of the leaders, who was worried about his presence as a member of the secret police. She warned the speaker but he carried on with the message he had planned to give. After the meeting, Rajib was still curious and asked questions about the workers he had seen who had a different way about them. It was explained that they had a common goal and wanted to help and serve each other rather than just trying to get away with doing the minimum they could do.

Rajib was so struck by this that he returned for several more weeks, becoming a regular attender to the sessions where he asked the questions he had as to how could he know more about this peaceful way? Now he meets regularly with them, not wanting to miss out, as he has found peace in his heart by inviting the Prince of Peace to be in charge of his life.

Published: Tuesday, 06 June 2017
Credit: OM International
© 2017 OM International This email address is being protected from spambots. You need JavaScript enabled to view it.