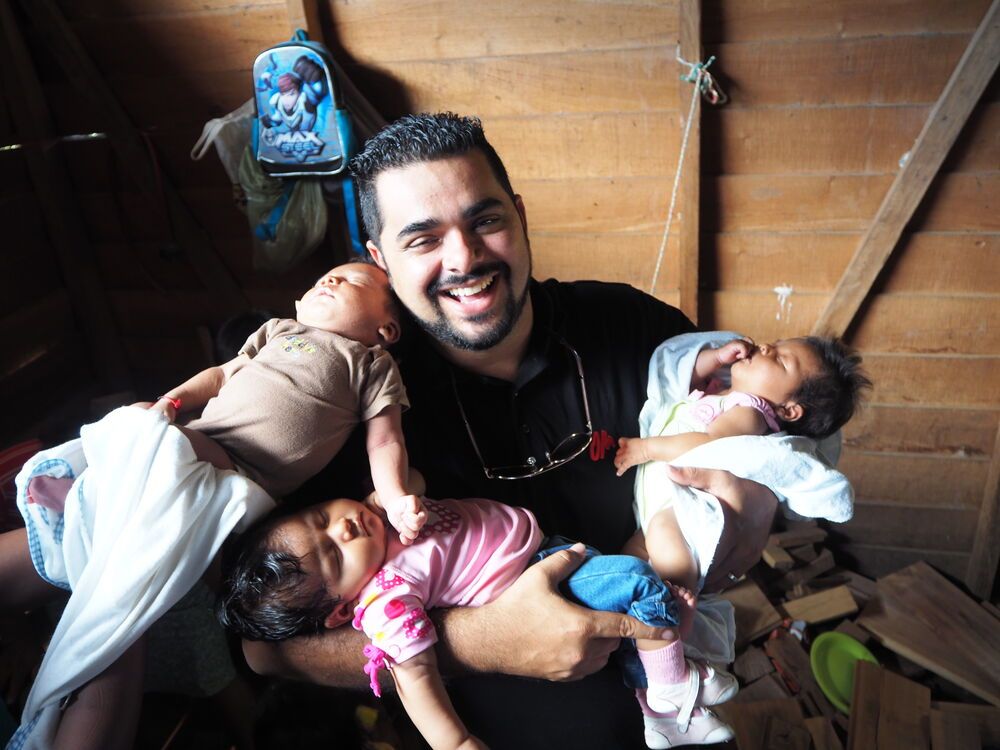 Costa Rica: An indigenous family names their three babies after OM team members, as an expression of honor and respect.
Angela is close friends with OM Costa Rica’s team members. She came to accept Christ after hearing the gospel and having many conversations with team members who shared scripture and times of prayer with her.

Angela is a widow with ten children, and many grandchildren. When asked recently how many grandchildren she had, she smiled, and said, “I don’t know, a lot.” There is a lot of joy in being a grandmother, and a story behind the last three.

The last three grandchildren that were born to her family, were named after previous and current OM Costa Rica team members: Roshani, Diego, and Benthe. Home visits are precious with this family, as one can see Benthe holding the one year old baby girl named after her. You can see Talamanca team leader, Diego, with a big smile holding little Diego, who is usually sleeping. Toddler Roshani takes turns wandering around the room to different people during the visits. According to Angela, there are no more grandchildren on the way, but she said with a wink that she has the next name already picked out from the team as well.

One never knows how much of an impact sharing a hug, smile, a kind word, a Bible verse, can have on someone over the years. For Angela, it has meant deep friendship and community so much so that her grandchildren’s names will always lead her to remember times with her OM family. What an honor, privilege, and legacy. To God be the glory for those serving the kingdom who impact those around them with such love that it carries over into naming the future generation.

Published: Thursday, 15 June 2017
Credit: Stacy Blackwell
© 2017 OM International This email address is being protected from spambots. You need JavaScript enabled to view it.

For Roberto Ramirez, serving God in missions has been one step of faith after another.

Puntarenas, Costa Rica :: A group of indigenous people from the Talamanca region have a horizon-expanding visit to Logos Hope.