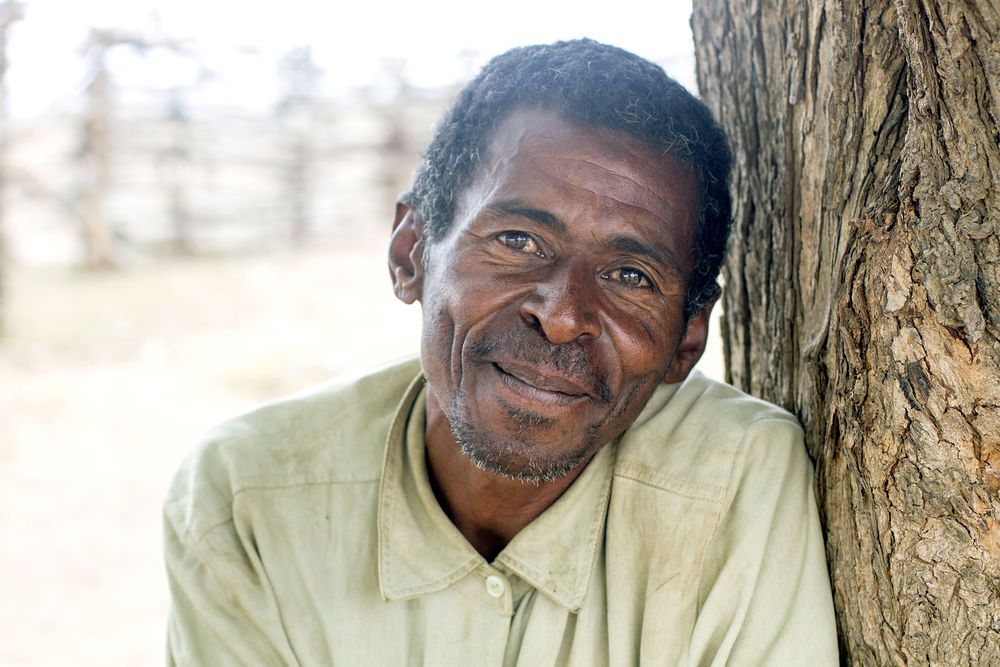 Madagascar: Fomesoa used to be a witch doctor in his village before coming to know Christ when the OM MG team did outreach in his village.
They didn’t know much, and what they did know seemed quite bleak, but with hearts full of love for the least reached, OMers Fara and Herimanina moved to Ambovombe, Madagascar, anyway.

Often considered to be one of the least-reached and underdeveloped areas of Madagascar, the people of the Androy region, called the Tandroy people, often feel forgotten by the rest of the country. Poor road conditions make the area difficult to access, adding to the feeling of isolation.

Ambovombe is the region’s dusty capital. The main road is crowded with people selling vegetables and meat, cow carts transporting goods and minibusses weaving around potholes on their way to greener places. It was to here that Fara and Herimanina moved in mid-2013, with warnings of constant droughts and thieves who prey on passing busses ringing in their ears.

Initially, the women spent time adjusting to the culture and learning the local Malagasy dialect–though still in the same country, rural Ambovombe differs drastically from Antananarivo, Madagascar’s capital, where both ladies are from. Despite many challenges, including poor housing and being charged more in the market because they weren't from the area, Fara and Herimanina adapted and their love for the Tandroy people grew.

Building up relationships with local churches and people, the ladies organised outreaches to the surrounding communities and offered trainings. Herimanina started Perla, a Freedom Challenge project that equips vulnerable women with skills, while Fara worked closely with the church and youth. Through these ministries, the women have seen lives changed and people come to faith.

In early 2016, when a lady who had completed Perla in 2014 asked the OM team to visit her father’s village, they saw it as an opportunity to spread the good news further. With a few local Christians, they made their way down a sandy road to Taviramongy 14 kilometres away, and what started out as a one-time drop by turned into a weekly visit.

Keeping it casual, the believers met with whomever was around under the largest tree in the village to talk about their lives. Through this budding friendship, the team was able to share about Jesus and the difference He had made in their lives. Many people in Madagascar know of God but do not have a personal relationship with Christ, believing Him to be distant and inactive in their daily lives. Some combine Christianity with ancestral or animistic beliefs.

By returning each week and continuing to proclaim the good news, the team has been able to demonstrate God’s love to the people of Taviramongy, and people started giving their lives to Christ.

'I feel peace in my life now'

For Fomesoa, it didn’t take weeks of talking with the OM team to know Jesus is the way. It only took one day.

Fomesoa looks like a typical Malagasy man. He is slight in frame with brown eyes, and his black hair is speckled with grey from age. What is not so typical is that at 15 years of age, Fomesoa became a witch doctor.

“I didn’t get it from people,” he explained. “An evil spirit came directly to me and guided me to buy a particular type of wood [to start making charms].”

Since then Fomesoa has made his living making idols and charms to cure illness and ailments for people in the area. His status as a witch doctor made him feel powerful and in control. The village was divided on their opinion of him; some were frequent customers while others disapproved of his occupation--regardless of their stance on the witch doctor, the majority of the village was scared of Fomesoa’s power, despite his refusal to put curses on people.

In early 2016 Fomesoa’s life changed. “In the beginning, there was no one who told me about Jesus, but I just started to not care about my idols. I think that is when Jesus first came into my life,” said Fomesoa.

A few weeks later, he met OMer Fara, who told him about Jesus and urged him to get rid of his idols and charms. Filled with conviction, Fomesoa lit a fire outside his house and threw the charms in. Looking back, he knows now that his indifference to the charms was God working in his life. “I felt something changing in my life, I felt happy [burning the idols],” Fomesoa said.

To provide for his wife and 10 children now that he is no longer selling charms, Fomesoa collects firewood from the surrounding area and sells it in Ambovombe.

“I feel peace in my life now,” said Fomesoa with a smile.

In May 2016, the OM team did a training on community transformation, which the new believers were eager to start applying in their own village. Two women started a literacy programme that resulted in the building of the village’s first school; others began reaching out to five nearby villages with the hope that they would experience the love of God as they had.

“The people of Taviramongy have really grown,” said Fara. “We would like to see them really become an example to others and also be a people group who take initiative to transform their own communities. I want to see multiplication.”

Pray for the new believers as they develop spiritually. Pray for wisdom and guidance as Fara and Herimanina continue to build a relationship with the village and give more trainings. Pray that Taviramongy will be a light to the surrounding area and a catalyst for change.

Published: Friday, 03 March 2017
Credit: Rebecca Rempel
© 2017 OM International This email address is being protected from spambots. You need JavaScript enabled to view it.