Praying in the city 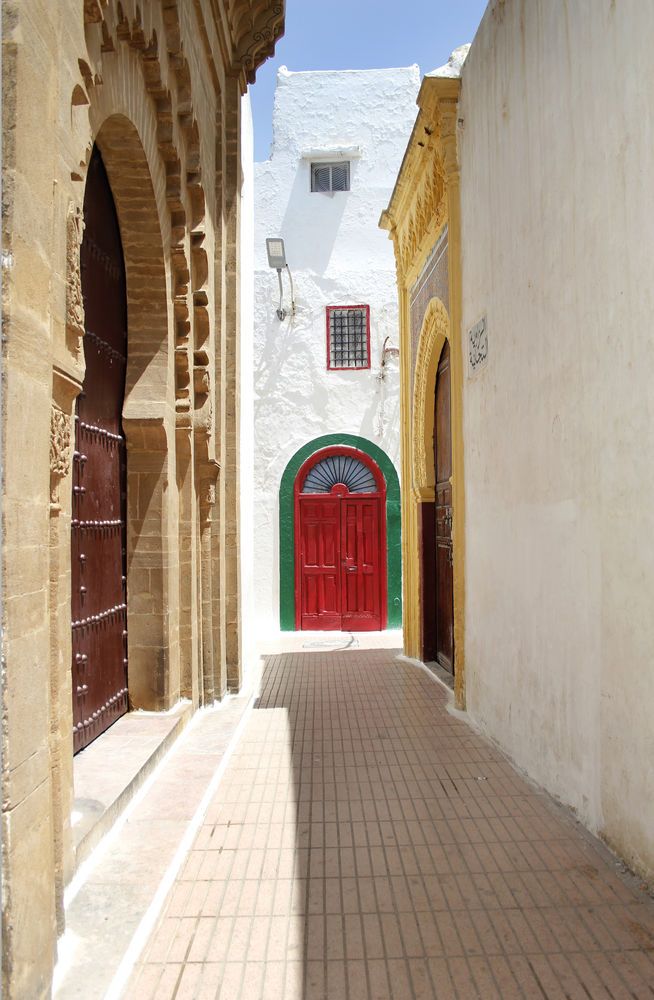 North Africa: Pray for the cities in North Africa to be transformed through vibrant communities of Jesus followers. Photo by Megan Ross
A long-term worker in a North African city tells about her experience and that of her young daughter when they were out prayer walking:

In North Africa, the community of Christian workers in the city where I live began a prayer walking initiative at the start of the year. The idea is to pray while walking down every street.

1. To bring the presence of Jesus with us wherever we walk in the city – many parts of this city have no Christians living there or even visiting there.

2. To pray for the neighbourhoods we are walking through and the people who live there.

3. To talk with people, share, or pray with them when we have the opportunity.

4. To work together across mission agencies in our shared goal of reaching our city. This has been a great way to build unity and partnership.

Recently, the OM team in this North African city partnered with a group of eight enthusiastic short-term visitors to go out prayer walking for an afternoon. There were about 13 in total, so we broke into four groups to cover as much of our piece of map as we could.

My young daughter Bethany* and I were in one group together and as we walked, a song kept coming to our minds. We had just been at a prayer weekend where the kids had a programme that focused on Psalm 34:8 and their theme song was “O Taste and See” from Bethel Kids. The song was fresh in our minds and we kept singing it as we started down a new street, changing the words to “COME taste and see that the Lord is good.”

About 30 minutes into our prayer walk, Bethany said that God had given her a picture as we were praying. In her picture she saw a long corridor (a bit like the long streets where we were prayer walking) with lots of doors coming onto the corridor. The doors were closed and represented religion. Next, she saw that the doors started to open and people started to come out from behind the doors, because they no longer felt that their religion was the right one. Dissatisfied with Islam, they came into the corridor looking for something else. When they looked down the corridor, they saw a golden door with an angel on either side and they started to walk towards it.

The neighbourhood that was our focus area for that month was quite a wealthy one with large homes behind tall walls and big gates. There was little opportunity to meet anyone on the streets to talk with or pray for. But we started praying that someone would come out. We didn’t meet anyone on our walk, but one of the other prayer teams did!

When we debriefed the prayer walk, one of the other teams had had an encouraging encounter. As they were walking down a street, they saw a family get out of a car to go into their home. The wife was heavily pregnant, and the man was being helped into a wheel chair. They all felt they wanted to pray for this man, but were unsure how to start the conversation. The man in the wheel chair greeted them, and started talking in perfect English.

They chatted for a short time before the conversation turned to spiritual things. They offered to pray for him and when he agreed, all three of the team prayed for him one after the other.

Hannah* felt God led her to pray that this man might grow in his knowledge of God. As soon as the prayer was over, he looked at Hannah and said, “You prayed that I would grow in my knowledge of God. That is what I want.” He went on to say that he believed that God, as the Creator of all things, knows how He wants to be worshipped by his creation. He said that he wanted to know more about God so that he could discover how God wants to be worshipped.

It seems like God is at work in the life of this Muslim man. He immediately asked for their contact details so that they could talk more. Hannah took a local friend with her to visit with this family a few weeks later. Hannah's friend talked with the man for some time, while Hannah got to talk more with his wife. They seemed very open to continue to learn more.

Pray that God will open the eyes of this man’s heart to see Jesus for who He really is. Pray that he would journey towards Jesus together with his wife and other family members. Pray for more opportunities for Hannah and her friend to visit with them again or for God to speak to him in other ways.

Bethany and I were encouraged that what we had prayed for, had been answered right away. It helped show us again that we are stronger when we work in teams - that what one team prayed, God answered through another team. Praise God for His great love for our city and please pray that many would come to Christ in the cities of North Africa!

This account is written by OM worker Mary May, who has lived in the North Africa region for many years and who enjoys reading and writing about what God is doing.

Published: Thursday, 01 June 2017
Credit: Mary May
© 2017 OM International This email address is being protected from spambots. You need JavaScript enabled to view it.