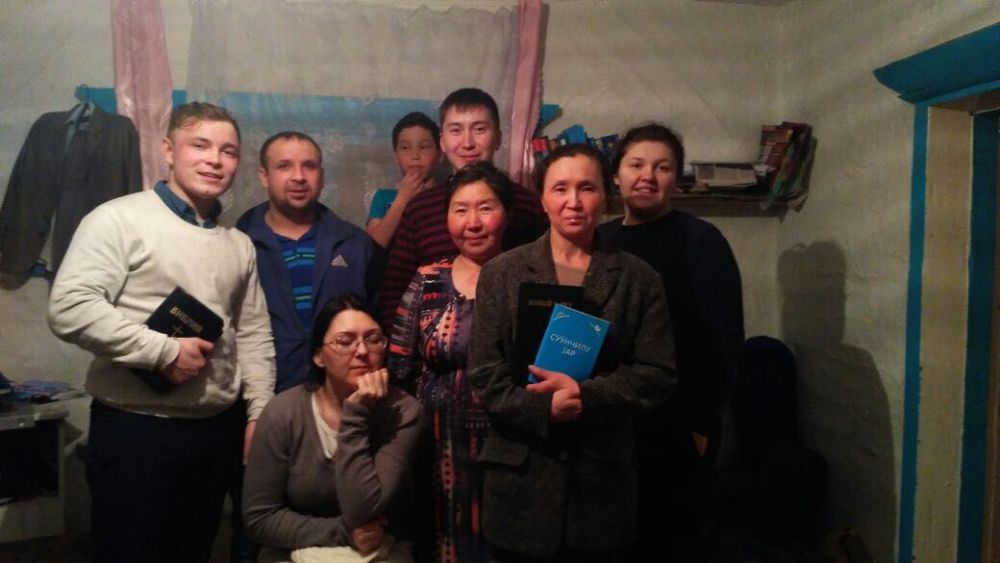 It was their third trip, and people hadn’t welcomed them on the first and second visit. They closed doors in the team's faces and told them that they didn’t want to listen to them. But the third time turned out to be a big blessing.

The team visited a local believer – Natalya*, and her family.  Her adult son also believes in God and studies the Bible. This time Natalya prepared people, telling them about Jesus and about the team coming to visit.

When the DC students came, people were ready to listen to them. In one of the houses they visited, a woman called Luba* clearly understood the main points of the gospel and Bible.

She used to keep up with ethnic traditions and practice shamanism, but this way of life made her go into debt and she had big problems because of it. It was hard on her and she began to think about whether it was the only way of life. Her friend Natalya told her about Christ, and Luba got interested in learning more about Jesus.

When the team came, they invited her to a Bible study group. There was worship time and a sermon. At the beginning of the service this woman didn’t come and people in the team thought perhaps she had changed her mind. But Luba came in the middle of the service. She was the only one who came among those who were invited.

She listened, sang, prayed and was asked why she wanted to abandon her traditions and receive Christ. Luba explained that her traditional gods and spirits bring her to a dead-lock.

“If I live the same life, worship idols, I will enter hell. But I want to believe the true God," she said. She realised that she needed God and repented. Her eyes were filled with joy. The team gave her a New Testament in the Altai language and congratulated her for this important step in her life.

Please pray that Luba will grow in faith and that a church will be started in that village.

Published: Tuesday, 11 July 2017
Credit: OM International
© 2017 OM International This email address is being protected from spambots. You need JavaScript enabled to view it.