Let there be chickens 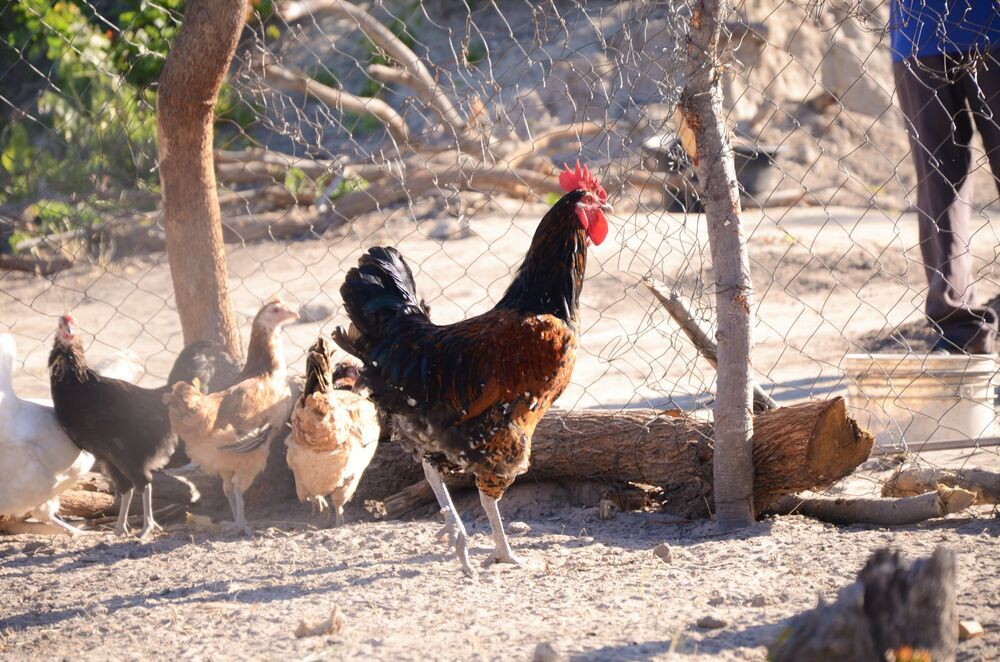 Namibia: Chickens used for a business startup ministry in Katima Mulilo, Namibia
Subsistence farming—the growing of crops not for commercial profit but only for daily family living—remains the modus operandi of the developing world in Africa, and Namibia is no exception.

In a country with the second lowest population density on the planet (three inhabitants per square kilometer), an every-man-for-himself attitude may seem more practical, but in larger villages and towns, denser populations offer more opportunities. One pastor in Katima Mulilo hopes to change the mindset in his community.

The local pastor, Itii, has come alongside four locals in Katima who have expressed a desire to work together as business partners—a venture that could, with planning and supervision, break the mold and open the door to a new and improved way of life for native Namibians.

The project—a chicken farm for the raising and selling of both African and broiler chickens—will take four men away from inward-focused lives and into partnership with each other. What would be, in any other environment, four individuals selling chickens by themselves, is now a joint venture with the potential for multiplication. While they have sectioned off just one area for their chickens, rather than four separate locations for each partner, their enclosure will consist of various coops for chickens in different stages of growth.

The men currently have one cock and several hens; ideally, they will have another cock as they begin to grow their business. African chickens cost, on average, around 150 Namibian rand (US $11); the more hens they have, the more chicks will be born, continuing to multiply their brood. At the beginning of the business venture, the men don’t plan on selling eggs, Itii says. The first order of business is to establish a growing flock. Only when everything is in order, he says, will they begin to look at alternative ways to grow the business, such as selling manure or starting a vegetable garden.

Itii, who is working closely with Katima-based OM Namibia missionary Linda Taljaard, has more on his mind than simply selling chickens. His goal is not only to train the men in business (a new concept unfamiliar to most rural Namibians), but to disciple them in life skills with the aim of bringing the gospel to a central focus in every aspect of life.

Itii says the men tentatively plan to start with 50 chicks, in a pen that will be big enough to house them in their young stage. The property that will serve as their coop—at the house of one of the partners—is large enough to expand as their numbers grow from 50 to 100 and more. Local leaders, Itii says, have given them permission to begin the business as while they determine whether the land can be put to that use. So far, the men have developed the business with no expense, but chicks a few weeks old can cost anywhere from 20 to 30 rand, so the men are looking at startup costs of 1,000-1,500 rand (approximately US $75-100). While Itii joins the men only as a mentor, not as a business partner, he is working with Linda and OM Namibia to help in any way they can.

It’s a small effort to begin with, but it will open up opportunities for development both in business and in the men’s personal lives.

Published: Tuesday, 27 June 2017
Credit: Andrew Fendrich
© 2017 OM International This email address is being protected from spambots. You need JavaScript enabled to view it.