God instead of a gun 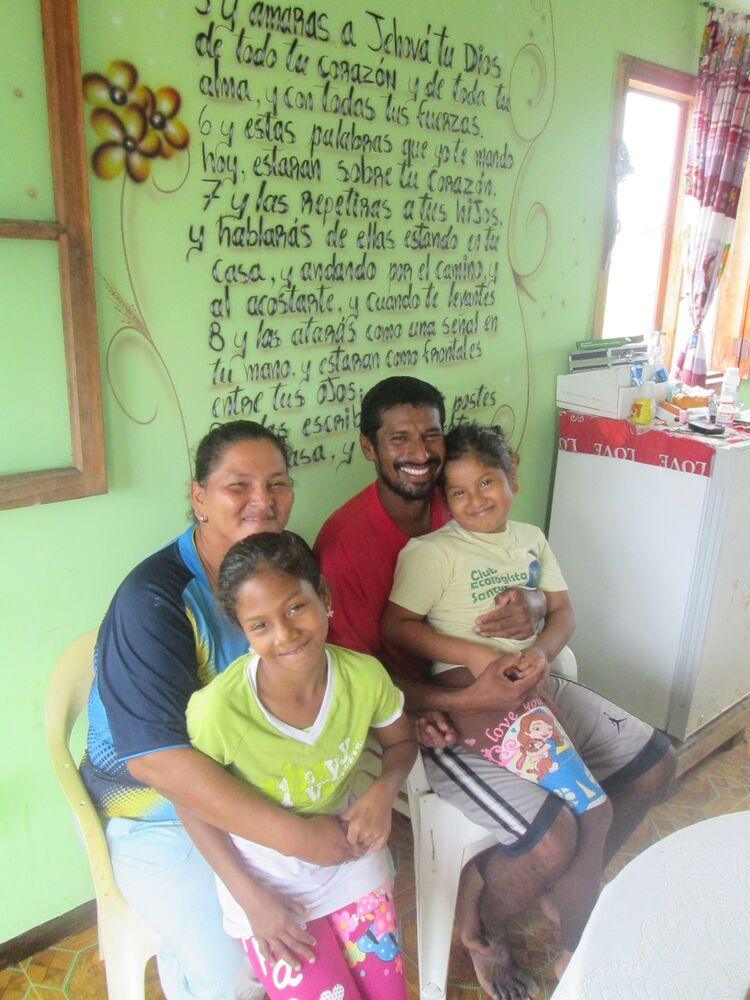 Ecuador:
"I knew my uncle robbed my dad of some pigs here in Santay Island, so I went to buy a gun to kill him," says Juan. "When I was in Guayaquil, I was approached by a stranger who asked me what I was going to do. I told him my plan to kill my uncle, and he replied that it wasn´t what God wanted, but that His will was to save and forgive me. Nevertheless I bought a 9 millimeter gun with a double magazine and more than 50 bullets."
"I have done so much wrong," Juan continues. "I used to solve problems with punches, was often drunk, and some of my friends back then took me with them to rob and to steal."
"During that time, my wife started to attend some Bible study and prayer groups that members from a church started on the island. She invited me but I did not go. That was around seven years ago. I kept thinking about my uncle and planned to drown him one night in the river as he was alone by the fishing boats," Juan confesses.
"My wife had continued attending the Bible studies and she was tired of our situation; she really wanted to get a divorce. One day she could not go, and I went to one of those meetings instead and God touched my heart. He was impacting me already, and I started to have remorese about how I was living. I gave my life to Jesus and my wife noticed the change in my attitude and character," shares Juan.
From then on, Juan has been taking steps to change. He dismantled and disposed of his gun. He has opened his heart for people to come to his home and has attended prayer meetings and discipleship Bible studies with brother Luis, who has been serving the community for the last ten years.
An OM team supporting a local church started this Bible discipleship ministry years ago. Now, in this new season, OM is going back to Santay regularly and the team is excited that even though it has been a long process, people are coming to Christ. Juan and his wife Verónica have opened their home for the team coming to connect with children and teenagers every Wednesday.
In a story that only God could write, Juan went on to forgive his uncle and also asked him for forgiveness. For the last five years, Juan and his uncle have been working together in the fishing business, which has provided opportunities for Juan to share the gospel with his uncle. Juan discovered that it was not a gun that he needed to take care of his problems, but that God was the key to a new life.
God´s dream for this community which the OM team is part of now once more is to see a vibrant community of Jesus followers among these people. Do pray for the team, for the family that has received the team and for all the community as a whole: children, teenagers, and adults.

Published: Tuesday, 27 June 2017
Credit: OM International
© 2017 OM International This email address is being protected from spambots. You need JavaScript enabled to view it.

Guayaquil, Ecuador :: Logos Hope's crewmembers visit children living with HIV, to tell them about their value in God's eyes and the power of prayer.

Doulos had a transforming impact on Latin America and its church. To this day, it is remembered as the initiator of the mission movement in Latin America.