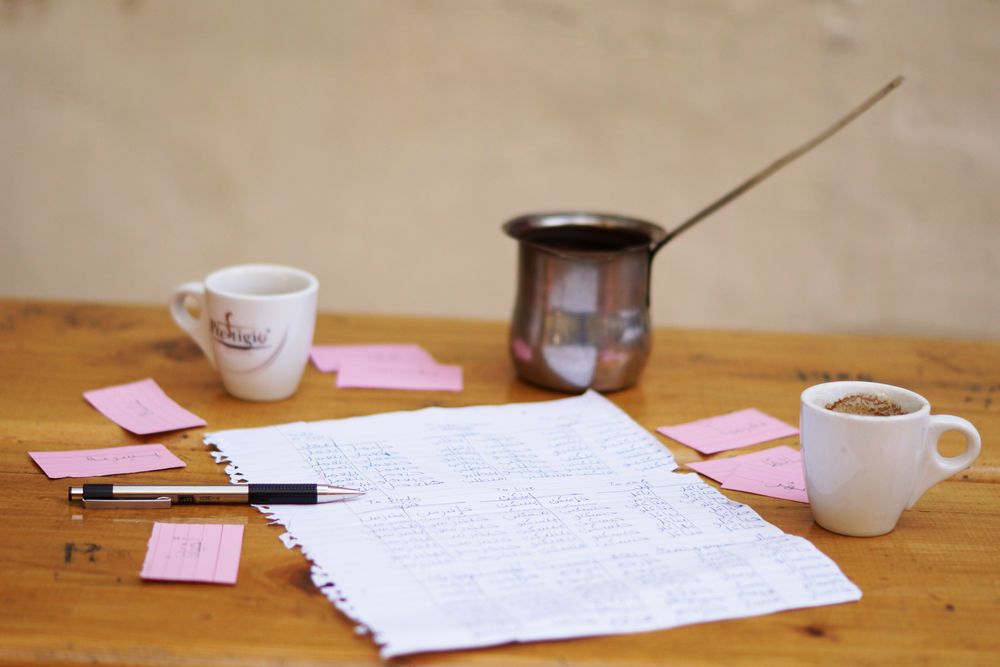 Near East: Studying Arabic opens doors to conversations with new friends in the Arab world. Photo by Andrew W

With a bachelor’s degree in business administration and five years’ experience working in a finance department, Jacob* wanted to find a missions organisation where he could serve with his skills. He connected with OM through his church and attended an orientation seminar at his country’s home office.

At the conference, he learned that OM’s Near East Field personnel officer had sent an urgent need for a finance person to come to the field. Subsequently, Jacob visited the Near East Field – Lebanon, Jordan, Syria and Iraq – and agreed to join and serve the workers with his finance expertise.

For the first three months in his host country, Jacob studied Arabic full-time. Then after a two-month transition phase, he took over managing the field finances. “I scaled down my number of language classes as I scaled up the finance job,” he explained.

The job itself is important for many reasons, Jacob noted. “The company is accountable to donors, and my job is to make sure that those donations are recorded in a manner that we can check where the money went to.” He also helps field leadership know how much money is available for which projects and informs individual workers how much money they have for ministry and life.

Jacob chose the Near East partly based on his interests in language and culture. “The CP (church planting) wasn’t the focus at the beginning at all for me, but as I lived here, it just became natural to share,” he explained.

Once, Jacob met a sheikh, a local Islamic leader, through his friend, Ahmed*. Ahmed invited Jacob to his home, where the sheikh also showed up to inform him about Islam. When the sheikh had to go to the mosque for prayer, Jacob asked if he could accompany him.

Jacob saw that sheikh several times, as well as another one Ahmed introduced to him. Although he didn’t have much opportunity to talk during the meetings, Jacob shared what he could about his worldview and Christianity. During many of the conversations, other men – as well as Ahmed – were sitting around and listening.

The next time Jacob saw Ahmed, his friend asked if he could go with Jacob to church. Jacob quickly agreed, and the two attended a service together. After church, the pastor took some time to talk to Ahmed. He also met with the two men another time at Jacob’s house, where the pastor answered Ahmed’s questions about Christianity in fluent Arabic.

Klara* was new to the Near East Field but not to OM or support positions when she became the field personnel officer in early 2016. She’d fulfilled a similar role in central Asia for several years and in North America for a decade.

The job, she said, involves “candidates from home offices, applying to want to work in this area, placing them on a team, working with the teams on figuring out some of the details and timing.”

She moved with her husband to the Near East Field because they saw an open door to the area and sensed a good fit for their passion and experience.

As newcomers to the field, Klara and her husband spend 15 hours a week studying Arabic, similar to what other workers in their first two years would do.

“The difference is you have a specific job you’re doing to support the field, so others can do what they’re doing,” she explained. “That doesn’t mean you’re not engaging with [local] people…We have people we’ve gotten to know and families we’re close to, but you do it in a smaller capacity.”

In the people-focused culture, “it takes time to make friendships. To engage deeply doesn’t just come overnight,” she said.

Klara and her husband met one local family through a common interest and began spending time with them. Eventually, her husband asked if they wanted to read the Bible. “They agreed, and we’ve met with them regularly over the last months to study the Bible together,” she shared.

When Maria* agreed to marry Tim*, she knew they would move to the Near East Field. Arriving in the new culture, she discovered incompetency where she had previously been self-sufficient.  To overcome culture shock, she first focused on language and adapting to her surroundings, but as she adjusted, she looked for a way to use her skills to serve the field.

At the company she worked for prior to moving overseas, Maria had been in charge of development. “I was in charge of developing some skills on the leaders of our team that were focused on coaching, team leadership, team building—these kind of soft skills. My main role was to analyse, develop, implement and evaluate these processes,” she explained.

By communicating her experience to field leadership, Maria could apply her knowledge to improving organisation effectiveness for OM in the Near East Field. “I try to provide some help to get a structure, try to find some gaps in the organisational structure we have on the field and try to find how we can measure the performance and results of our people,” she described.

Support duties aside, Maria has also reached out to locals in her community. A fluent Spanish speaker, she was asked to teach an introductory Spanish course to refugees who will be resettled in a Latin American country. “My husband and I have been in some small [refugee] houses, and we realised that only if you take your time to spend talking with them, they will express how they are really grateful,” she said.

One Muslim woman in particular told Maria how surprised she was that Christians were helping the refugee community without receiving any money. “For her it was a shock to see that people you thought in the past were [against you], they opened their arms to embrace you,” Maria explained.

“The vision of OM is to go to the unreached,” she added. Her support role is linked to that “because if you have healthy workers on the field, you will be more effective to spread the gospel. You will have more people joining the field or even staying on the field, and the possibility to have more people coming to God is higher. Our vision is to go to unreached areas, so this is how I can contribute.”

Contact OM to find out how you can use your professional skills on the mission field!

Published: Wednesday, 12 April 2017
Credit: Nicole James
© 2017 OM International This email address is being protected from spambots. You need JavaScript enabled to view it.