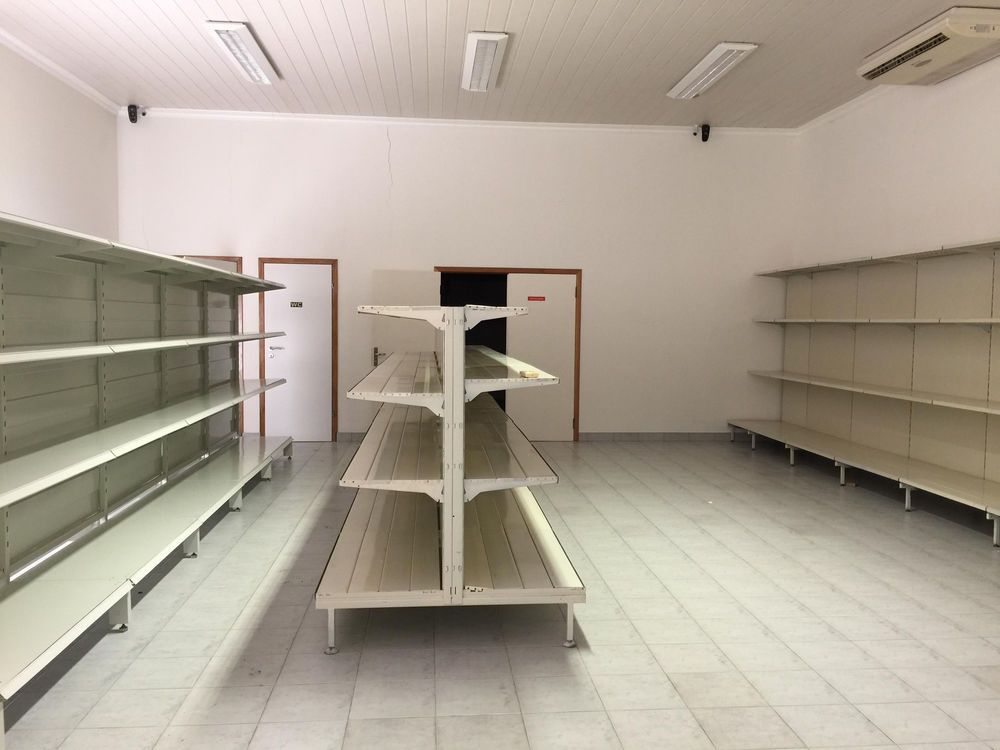 Paraguay: OM Paraguay opens a new mobilisation centre in the Chaco region, inspiring more people and churches to get involved with missions. The new centre will offer mission-themed books in Spanish and German, as well as brochures about various OM ministries. It will also host Bible studies and prayer nights. Photo by Nicole James.
When recent high school graduate Deborah Krahn asked Adolf Penner, a mechanical engineering instructor, about financial support for her upcoming mission on board Logos Hope, he didn’t pay much attention to the details. But having previously heard about the Ship Ministry from other people at his church, Adolf agreed to support Deborah.

Whilst on Logos Hope, from 2014–2016, Deborah sent regular reports to Adolf and other supporters. Through that information, Adolf learned about her life, the ministry and OM—or part of it at least. “For me, OM was just Logos Hope,” he explained.

Adolf wasn’t the only one to equate OM with the Ship Ministry, though, and his perception had reason. In April 1999, Logos II made two ports of call in neighbouring Uruguay, which at that time umbrellaed OM’s work in Paraguay. Subsequent ship teams have also visited Paraguay on outreach, furthering the concept of OM on the oceans and seas.

However, with over 3,400 missionaries in 115 countries, OM’s work certainly extends beyond its well-known gospel ships.

“A lot of people have heard of OM, but most people thought that the main thing about OM was the ship. I’ve learned that’s not true at all. There is a lot more to OM than the ship,” explained Wilfried Krahn, pastor of the Mennonite church in Loma Plata.

To step up mobilisation, leader Eddy Froese hopes to expand knowledge of OM in Paraguay, especially among the Mennonite communities in the north. Broadening OM’s image in the Chaco will require increased communication with churches in the region and a greater presence on the ground.

Around a year after Adolf started supporting Deborah, Eddy invited him to join the developing OM team in the Chaco. “My first experience [with OM] was at the ILM (International Leaders’ Meetings) in Panama in 2016,” Adolf recalled. There, he learned that OM’s global mission matched his personal motto: bringing the gospel to all people, no matter how far the distance or how big the task. And he discovered that OM’s scope stretched far beyond the ships. Following the ILM, Adolf joined Eddy’s mobilisation efforts in the Chaco region.

In early spring 2016, after Eddy and Adolf returned from ILM, OM received a land donation from an elderly community member. Initially, Eddy wanted to build a mobilisation centre on the new property, but he later decided to try out the concept by renting a space first.

He found an available shop, shelves intact, right in the middle of German- and Spanish-speaking villages.

“We want to provide resources for missions, so [people] can get to know how to prepare and to send missionaries,” Eddy stated. “There are many churches that have been involved already, maybe 30 or 40 people, that have gone out already from this area. I believe there can be a lot more.”

The new centre will offer mission-themed books in Spanish and German, as well as brochures about various OM ministries. It will also host Bible studies and prayer nights.

In addition, having a physical space will add legitimacy to the organisation. “If you don’t have a place where you can meet, [people] don’t feel like it’s something real. That is very important,” Eddy explained. “If we want to be effective, we need to have a place where people can come for refreshing and information.”

The first Mennonites in Paraguay arrived in 1927 from Canada, with German colonies following in 1930. These groups primarily sought religious freedom and military pacifism. Paraguay, knowing the Mennonites’ talent for farming, invited them to develop the wilderness region of the Chaco, Eddy explained.

“Our ancestors…were very conservative,” described Hildor Funk Wiebe, leader and former pastor of the Salem Mennonite Church. The first Mennonites to settle in the region wanted to escape modern, worldly influences and focus on living quiet lives in relative isolation, he added. Though the group maintained its emphasis on biblical values, subsequent settlers brought an openness for progress, technology and education.

“At some point [the Paraguayan Mennonites] decided to focus less on tradition and more on the Bible. Then they started to do missions in the surrounding areas,” Hildor said.

Since then, Mennonite churches have given generously to establish and sustain missionary projects in Paraguay, including children’s homes, a leprosy hospital and multiple church plants in small communities and among indigenous tribes.

Multiple church leaders listed missions among their top three church values—after caring for members of the church and the surrounding community—but the majority of church-supported missions projects remain inside Paraguay.

In the scope of the Mennonites’ 90-year history in Paraguay, the idea of sending missionaries overseas is “somewhat new here,” Hildor acknowledged. Generally, church leaders recognise the term “OM” but rarely recruit members to go overseas.

Richard Funk, a leader of the 680-member Elim Mennonite Church, said a church member first applied for international missions 20 years ago. Since then, a handful of individuals have served on short-term projects in other countries. Currently, Richard knew of one member serving abroad with another missions organisation.

“Overseas missions placements are expensive,” Richard noted. “For one missionary overseas, we could have two here. I don’t think that any [church leader] is against sending people overseas…but we could do more.”

Nonetheless, times are changing. The younger generation especially uses technology to search for and find new missions possibilities.  Still those who go overseas often receive support, but not motivation, from their congregations.

“It takes time to send people out” and to change perspectives, Adolf said.

“We, as believers, have the opportunity to go into world missions.… There is a big responsibility, that we in Paraguay have, too,” Adolf encouraged. “A lot of people say there’s enough work in front of [our own] door, but there are a lot of hands doing that work.”

Individually, people need to know that God can use them regardless of education or experience.

“Anyone can go!” exclaimed Kelly Dominguez, a member of the OM Paraguay team originally from the Chaco.

After the bookshop opened—three day a week to the public—an ex-OM worker, who served with the OM Ships Ministry's floating book fair, has helped man the new store.

This year, Eddy is training Adolf in the Global Focus programme, so he can help churches understand the need for participation in overseas missions. Both men will also participate in OM’s two-year-long financial development programme.

“I believe in the next 10 years, [OM Paraguay] will grow a lot and that God will do something big,” Eddy said.

Pray that churches in Paraguay will see OM as a partner for world missions, and that older believers will encourage younger generations to serve overseas. Pray for God to provide financial support for OM Paraguay as it develops its mobilisation resources.

Published: Wednesday, 13 September 2017
Credit: Nicole James
© 2017 OM International This email address is being protected from spambots. You need JavaScript enabled to view it.