A generation of world-changers 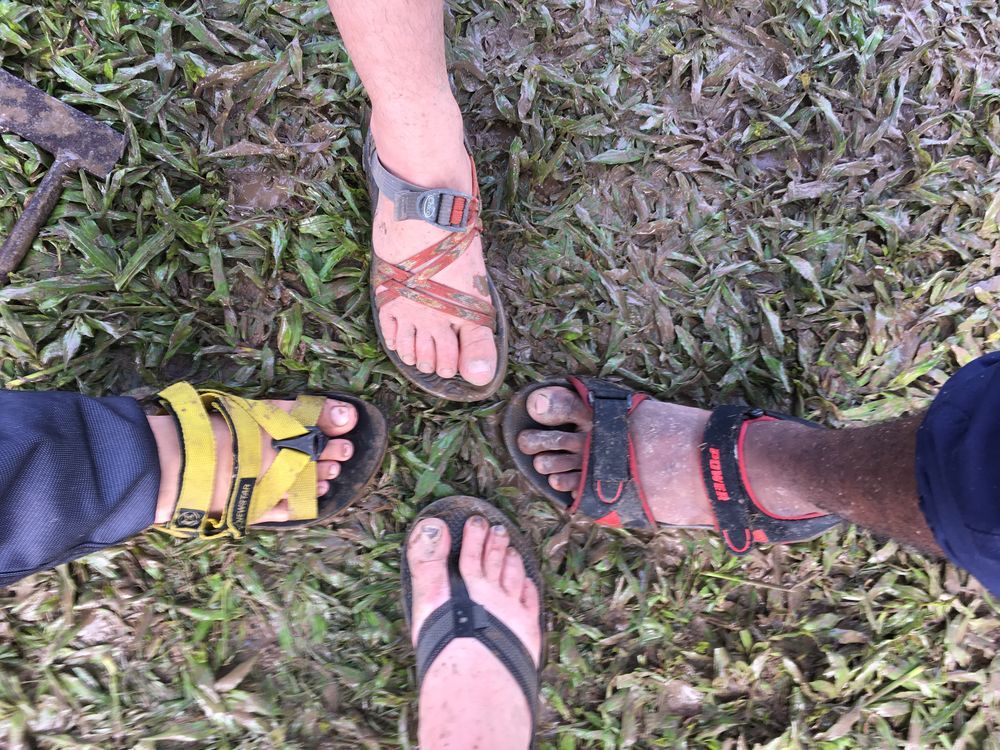 Malaysia: Explore discipleship opportunities in Malaysia and help impact a generation of strong believers among the indigenous people in the rural areas of Sabah.
Like in many Asian countries, monsoon is a normal part of life in Sabah, Malaysia. The heavy rains beating down on tin roofs drown out almost all conversations. But while the rain poured down, JohnBoy (JB) sat plucking the strings on a ukulele in the downstairs lounge of the hostel, surrounded by a random assortment of furniture, duck eggs—stacked in cardboard crates or soaking in a special salt solution in plastic containers along the wall—and shared a bit of his story.

“I know what it’s like to need help,” the 19-year-old said. He had struggled with his academics at a government school until transferring to Victory*, a hostel run by Pastor Nick* and his wife Pastor Lucy* in Tandek, Sabah, and a different school. There his grades rose and in 2016 he passed 8 of his 10 exams with A’s.

“If I have the opportunity, I would go to rural places and teach. I have a heart to help in poor places where no one is helping the poor,” JB shared. “If you have God in your life, you have everything.” The young man has experienced first-hand the benefits of being discipled and wishes to bring both academic success and the gospel to places that don’t know either.

JB is just one of about 48 youths, ranging in ages from 12 to 19, who reside at Victory. While the majority of them say they come from Christian homes, their stories also include living too far from church to be able to attend it, or their church not even having a pastor, and saddest of all, of families who resort to pagan rituals when they fall sick. Many of these young adults admit that while their families are Christian, they themselves didn’t know Jesus and make a decision to follow Him until coming to Victory.

“In Victory we learn about Jesus with many activities, like prayer meetings and bible study,” shared Grace, a 19-year-old student leader. “In my village I just went to church and I didn’t know why… Now it’s part of my daily routine to read the bible and spend time with God.”

While Sabah might be known for its pristine beaches, rainforest, and abundant wildlife, the reality is that the Christian population is ill-equipped to disciple and train its young people. Pastor Nick, who returned to his home in Tandek in 2009 after graduating with a Masters in missiology, talked about the 52 churches in the area having only 13 pastors to lead them. The dirt roads to many of these villages make visits of any kind dependent on sturdy four-wheel drive vehicles and favourable weather conditions.

“One of my visions [for Victory] is that the students would be true Christians and would not easily give in to temptations to convert,” he explained. In order to see that happen, Pastor Nick believes that more people need to be discipling the next generation of believers in the area. “The problem is that Christians have no faith in Christ, they are not growing. They need more pastors and disciplers to come help them.”

In the last year, OM Malaysia sent two short term workers to partner with Pastor Nick in his vision to strengthen the local church.

"That’s what I want to leave [the students] with when I go home," one 19-year-old volunteer named Emily explained, as she prepared a devotional for the kids on how Peter struggled between his way and obeying Jesus. "So many of these kids share their story with me about how they struggle to go back to what they knew, to part-pagan practices; and I want to show them that even the great Peter struggled with going back to his old life, but that in the end he discovered that only Jesus satisfied his deepest desires.”

Emily has been discipling the young people through weekly English tuition classes, bible study lessons and personal relationships with the Victory students.

OM Malaysia is looking for passionate people who have a heart for discipleship and are willing to use music, English teaching, sports or any other talents to raise up the next generation of believers in a rural setting. The task may not be easy, but the rewards are immeasurable.

“You’re gonna be a world-changer,” Emily reminded JB with a smile as the rain pounded its beat on the tin roof above them. “I can see it already.” And JB returned the smile, and nodded.

Come be that encourager, cheerleader, teacher, mentor, and friend to young Malaysians in Sabah!

Published: Friday, 21 April 2017
Credit: OM International
© 2017 OM International This email address is being protected from spambots. You need JavaScript enabled to view it.

A Malaysian worker shares about how she responded to God's calling - which is for everyone!