Unfinished work amongst the marginalised 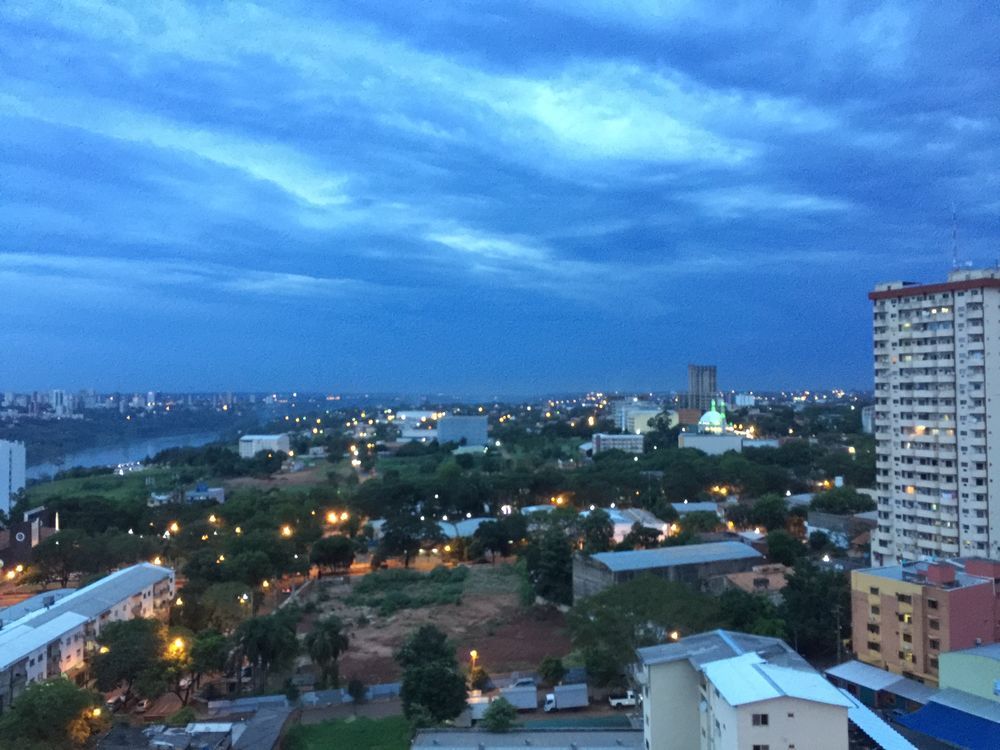 Paraguay: Ciudad del Este, Paraguays second largest city, is a hub for communities of marginalised people, including those living with HIV.
On good days, Judy Schmidt might be fishing outside with her husband, David, in the narrow pools behind their unfinished house. On bad days, she lies in bed inside the one-room temporary structure originally meant to accommodate guests.

The under-construction framework and foundation of their new home promises a stunning view. Eventually, large windows will look out across the bright green swamp grass fading into a serene blue lake. The inner wall will surround several large trees—a mini arboretum of sorts.

“A dream because we don’t have it yet,” David quickly responded.

Although the Schmidts imagined retiring on their picturesque property in Lucero, a village in Paraguay’s Tres Palmas colony, they hadn’t planned on leaving their ministry quite so soon in Ciudad del Este (CDE), almost 150 km away from their home.

After 19 years of experience founding and growing Alto Refugio, High Refuge, a non-government HIV ministry in Asunción, Paraguay’s capitol, David and Judy moved to CDE, the country’s second largest city, in February 2016 to pioneer an AIDSLink ministry in partnership with OM.

Judy and David sprang into ministry in CDE, visiting a local hospital’s HIV department, establishing a support group in their home for those living with HIV or AIDS and giving Bible-based HIV awareness presentations in local schools, churches and universities.

“We were winning the confidence of those people groups in Ciudad del Este because they had not known about us. Through personal contacts and AIDS education, we were making people aware of the ministry to which God had once again called us,” Judy explained. “There were plenty of people living with HIV coming from Asunción to Ciudad del Este, and news would travel: ‘We know them. Trust them. They will help you. They will love you no matter what.’”

David discovered open doors at the hospital. “Every time the [HIV] programme would open, he was there. They gave him full liberty to connect with all of their registered HIV patients,” Judy said.

Patients also found refuge at the Conexión Vida, Life Link, drop-in centre, where the Schmidts had upstairs living quarters. The weekly support group meetings were especially appreciated by those living with HIV, who could connect with others dealing with the same diagnosis. “We tried to accommodate their immediate needs as much as possible, which might include a nutritious meal or a bed right there for someone needing to rest, even during the support-group meeting,” Judy described.

Within ten months of moving to CDE, the couple had connected with 200+ patients – each one registered in the couple's three phones – and saw “work opportunities without end” in their new community, Judy said.

Around the same time the Schmidts arrived in CDE, however, Judy began experiencing pain and discomfort in her stomach. “I didn’t have a clue what was going on. I just thought it was gastritis [from] the stress of moving,” she admitted.

She was hospitalised several times for infections, but the different medications doctors gave her didn’t improve her condition. Eventually, her son, also a doctor, suggested an MRI. Judy pursued treatment at another hospital, by that time realising something more serious was affecting her abdomen.

On November 9, 2016, Judy received news that she had cancer. Four days later, she had a large birthday celebration and worship time in Asunción, where she shared her testimony with the group. “While I was doing all that, explaining why we were praising and where I was at, I didn’t know what kind of cancer [I had] or what was really going on,” she said.

After the party, with only family present, Judy learnt she had a very rare and aggressive cancer. During the following months of chemotherapy and other treatment, she received a picture from God.

“I had a hammock, and under the hammock were God’s hands,” she recalled. “He was just holding it. And people started getting a hold of the tassels and looking down at me and praying. As they were praying, there were just multitudes coming. There were no tassels left anymore, so they had to take strings, one string at a time, until those were totally filled up, and they were still standing there. And the Lord just said, ‘Have confidence. Have peace. I am in control. You are in my care, and they’re carrying you. They’re carrying you.’”

“He didn’t say, ‘I will heal you.’ Just that He’s in control and that nothing or no one can take me unless He decides it’s time to go. If it’s time to go, nothing can hold me back,” Judy mused. “But if He wants to use me some more, it’s going to be a miracle. And I just have such a peace about it.”

Upon learning about her cancer, Judy didn’t cry over her diagnosis—not for herself, her husband or her family. But when she and David had to close down the emerging AIDSLink ministry in CDE, she wept. Judy knew her deteriorating health would prevent her from walking up stairs to their apartment in CDE, and she needed to be closer to doctors’ help. David finished the presentations for the school year, and then the couple moved out of their inner-city apartment, back to their rural Lucero property.

“How could it be?” Judy wondered. “If the Lord had called us, and we were so sure, and we were off to such a good start and then worked so hard and had so many contacts already and so many friendships?

“We would have never dreamed that this work would become such a passion and that God would carry it this far,” Judy stated. “The hardest thing was nobody [was left] there to listen to them, to love them.”

Many of the HIV patients come from nominal Catholic backgrounds, but aside from births, weddings and deaths, few practice their faith. “There may be [evangelical] churches in that area, but the churches are not reaching out to this particular group of people that have HIV,” explained Paraguay’s field leader Eddy Froese.

Rosemary Hack, director of AIDSLink International, who championed the Schmidts’ efforts in CDE, said, “I see time and again that when [people] are marginalised by HIV or AIDS, they are the marginalised amongst the marginalised, and the church has not demonstrated what it means to be a vibrant community of Jesus followers amongst people living with HIV,” she said. “David and Judy and others can tell countless stories of meeting people living with HIV and sharing Christ and praying with them. If we are worthy of Christ’s name, how can we ignore those who are ignored and despised?”

“Most of [the HIV patients] don’t have trouble knowing that we are evangelical,” David said. “Every support meeting we have the opportunity to include biblical teaching, some singing and prayer. They know where we’re coming from…There’s generally a very big openness to build friendship, to build relationships—that’s what we focus on.”

“Whoever would come into the ministry [in the future], to have and to live the love of Jesus Christ is number one, and then, of course, concern for the salvation of the persons that God loves unconditionally. It is not meant to manipulate but to see the Holy Spirit at work.” Judy emphasised. “We’re here to love them.”

Published: Thursday, 15 June 2017
Credit: Nicole James
© 2017 OM International This email address is being protected from spambots. You need JavaScript enabled to view it.