‘A year of harvest’ 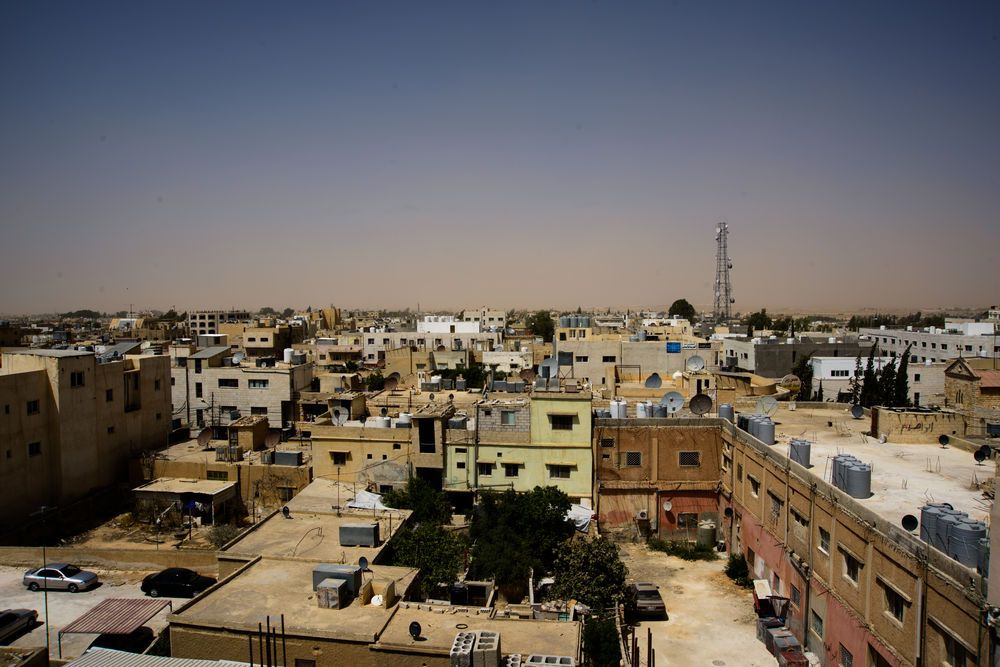 Near East: The flat rooftops line the sand-colored cities of the Near East Field. Photo by Garrett Nasrallah
“We saw 2016 as a year of harvest,” stated Aya*, who together with her husband, Shamwil*, planted a small church in a Muslim village in the Near East Field (Lebanon, Jordan, Syria and Iraq). “We see people who don’t know us and don’t know God walk into the church because of this great hunger [for truth].”

What started as an in-house meeting turned into a weekly gathering of around 40 people from several countries. “The biggest encouragement to me [has been] to see people from different nations come to faith and attend the same church,” Shamwil said. “We are a really small church, but it has a lot of nationalities in it. This surprises me. Who are we to see these things happen? But we believe in Jesus. He does that, not us.”

Growing up, Shamwil worshipped in a church with other nationals from his country. There was also an Egyptian congregation that met in the same building, but they held services on a separate day.

OM opened Shamwil’s eyes to cross-cultural worship, but in the context of a prayer meeting or training, not a weekly church service. “To me, to see this [cross-cultural interaction] in my church, really, it’s a big thing because I didn’t experience it before,” he explained.

Shamwil and Aya’s church meets four Sundays a month, the order of service varied according to week. The first Sunday, the church holds a communion and worship time, and Shamwil preaches. For the next two Sundays, after a half hour of worship, people break up into smaller groups – women, men, couples and youth – for Discovery Bible Studies (DBS). On the fourth Sunday, the church invites a speaker from a different church to preach.

A decade of labour

When Shamwil first visited the village to celebrate his brother’s recent marriage, he explored the community. “I walked more than an hour, and I didn’t find any churches there. I found mosque, mosque, mosque,” Shamwil recounted. “I thought this was a huge area without any 'light'.”

Though he hadn’t yet met Aya, he decided then to someday start ministry there as a married couple.

Nearly seven years later, Shamwil and Aya began visiting the village once a week during their engagement. They found and prepared a house, got married and moved in. “The church started from our home,” Shamwil said. “Half of it was home; half of it was church.”

Prior to starting church meetings in their home, Shamwil and Aya rented a small event hall to host kids club meetings. “After kids club, we started connecting with the families, and the families said, ‘Why don’t you do something with us?’” Shamwil explained.

As their house church grew, they eventually looked for a larger meeting place to start a church. “You don’t see from the outside that it’s a church, but inside, you see a big cross,” Shamwil said. That way, Muslims can discretely attend without attracting negative attention from the community.

When the church started, two families attended. Now, ten years later, 40 people, Christians and Muslims, regularly attend Sunday church services, Shamwil said. A handful of OM workers in the country, as well as other NGO volunteers, help with the youth, minister to the women and staff the ongoing kids clubs—one for local kids and the other attended by up to 66 Syrian refugee children.

“For years, we could not see any fruit with MBBs and suddenly, last year, God opened the door,” Shamwil expressed. He and Aya discipled a family from Syria for three months, teaching them the DBS method. Then the family began helping with ministry and bringing their friends to the church. Today the church includes 14 MBBs from six countries, he estimated. “We are so surprised. In 2016, God gave us fruit for the last ten years.”

“It’s a vision in our church that 2017 will be a discipleship year,” Shamwil shared. By discipling those in the church to do the current ministry, the leadership committee, including himself and Aya, will be free to pursue new ministry channels in 2018.

“God wants us to be steadfast in loving Him and praying for the people around us and to bring always glory back to Him. We are joyful in what’s happening,” Aya said.

In addition to providing growth within the church, God also opened the door for ministry outside the church in 2016. Shamwil hosted two church planting conferences, attended by 102 local believers. Those participants returned to their churches and started 51 DBS groups, amongst both CBBs and MBBs, he reported.

“We are so happy for seeing that happen in the land…That means churches in the near future will have more of a vision to reach out,” he said.

In early 2017, Shamwil’s church also hosted international medical teams, which offered day-long clinics for refugees in the community. He also planned to bring another group of international volunteers later in the year, including a doctor, dentist, gynaecologist, paediatrician, eye doctor, psychologist and pharmacist. “I’m so happy to help refugee families…with medicine,” he expressed.

Shamwil, who grew up as a nominal Catholic, spent childhood summers with his grandfather, a shepherd. Camping in a remote tent with the “sheep and dogs and nothing else,” Shamwil watched his grandfather care for the sheep.

Years later, when Shamwil finished high school, he moved to the city with his family. There, a friend invited him to an evangelical church. The first time Shamwil attended a service, the speaker preached from Psalm 23. “I heard every word he said,” Shamwil remembered. “God will lead you. God will be [your] shepherd.”

When the speaker asked if anyone in the congregation wanted to accept Jesus, Shamwil raised his hand. “From that time, I [have] continued with Jesus,” he said.

The church would like to expand its physical space in order to welcome more people, but Shamwil feels stuck: “If we move to a bigger place, it means more struggling with money. If we stay, it will be hard to have a lot of [ministry programmes] in the small space.”

Pray that God would provide for the expanding church’s needs and bless them with means of reaching out to the surrounding Syrian refugee community.