Portugal: Pilgrims meet at the Fatima sanctuary in Portugal, where five locations along the walk were identified by OM Portugal and a variety of churches and mission agencies who together work to reach out during the Fatima Outreach in May 2017.
Givas Jose, OM Portugal Field Leader, helped coordinate the first OM outreach to Fatima, Portugal. In May, Givas took part in the outreach, where he was involved in reaching out to the religious pilgrims. He shares his experience and some of the outcomes below.

"It was a challenging first-time experience for some; for others it was extraordinary; but for us, it was a dream that we challenged people to join, and that we have been praying to see fulfilled. God had brought into our hearts what the project would be like, and as we shared, we saw the confirmation of God as He placed people and organizations by our side with the same feeling," said Team Leader João. "Even with so many people by our side, through prayer and participation, we were often afraid to imagine how this May outreach [to Fatima] would go."

The town of Fatima is to the Portuguese Catholic as Mecca is to the Muslim. This significance draws hundreds of thousands of individuals annually, who make the trek to Fatima to have their prayers answered by Mary. As this year marked the 100th anniversary of the supposed apparition of Mary to the small shepherd children, over 1 million people attended the celebrations: 1 million people all seeking answers.

Dreaming and planning this strategic outreach began over one year ago, as a core planning team identified key locations along the pilgrims' walk to Fatima. By God’s grace, we were able to see five locations established and mobilized (Porto-Cedofeita, Anadia, Águeda, Santarém and Benfica do Ribatejo). In each location, local churches of various denominations reached out to the pilgrims passing through. Various groups of Christians also chose to meet pilgrims on the way to camp with them and, through their time together, to share the gospel in whatever way they could.
While these outreaches began a couple of weeks before the main event (10-13 May 2017), the primary push took place at the actual pilgrimage destination, Fatima.

During these days, the outreach team was on the streets, trying to establish personal contact with the pilgrims, often by approaching individuals with a questionnaire. This simple tool opened doors for conversation and helped foster interaction. There were beautiful moments where prayers were offered, burdens and challenges shared, tears shed, hugs given, people asking for Bibles, others asking for further follow up and contact, and people who gave their lives to Jesus (we know of at least four). Even with the authorities and security services present, we had opportunities to share and pray. To God we give all the glory.

To distribute this material, we had a team of 170 volunteers from different denominations (Assembly of God, Baptist Church, Wesleyan Methodist Church, Foursquare Church), areas of Portugal and countries (Brazil, Ireland, Germany, USA, Singapore). There was also great unity and co-operation amongst mission organizations. We praise God for such an amazing show of unity and support, the likes of which we have never seen to this extent in Portugal.
Each volunteer has stories to share of how they saw God working and moving and how people reacted to the plan of salvation. The fruit and outcome of the outreach can never be fully measured this side of heaven.

During the outreach, we had 53 requests to send Bibles, seven new requests for Bible correspondence courses (in addition to the 40 already involved in study) and five requests to continue with personal visits and follow up. We, as OM Portugal, have also continued to see the fruit of this outreach—since we finished, an additional 25 people have mailed in to ask for Bible courses, physical Bibles, visits or additional literature.

Most memorably, a couple of weeks after the outreach, I was enjoying a spontaneous evening bike ride with my wife. We had not planned to go a certain way or stop at a particular point, but when we did pause, there was a man wearing one of the bracelets that we had distributed in Fatima. We struck up a conversation, and the man asked, ‘I received this in Fatima, but I do not know what it means. Can you explain it to me?’ We shared the story of salvation with him, and after further conversation, he accepted Jesus as his Savior there and then.

OM Portugal plans to organise two outreaches to Fatima each year, in May and October. Please pray that the right people will join the short-term outreach teams, that the long-term team in Fatima will grow and that the local church will be mobilised to reach out to their community. Pray for the truth of Jesus’ saving power to be known in Fatima and throughout Portugal.

Published: Saturday, 07 October 2017
Credit: Givas Jose
© 2017 OM International This email address is being protected from spambots. You need JavaScript enabled to view it.

Seeing the land of Mary turn into the Land of Jesus

OM Portugal sends a Portuguese pastor and his family to begin outreach in the Catholic town of Fátima. 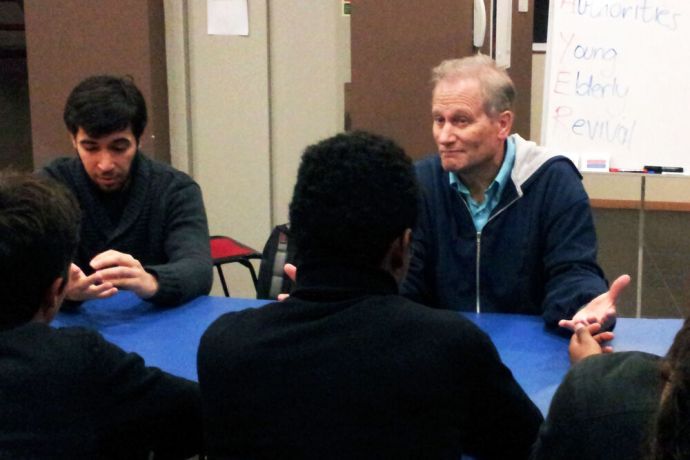 OMer Richard Sharp teaches practical and relevant methods of sharing the Gospel with Portuguese young people at a youth camp. 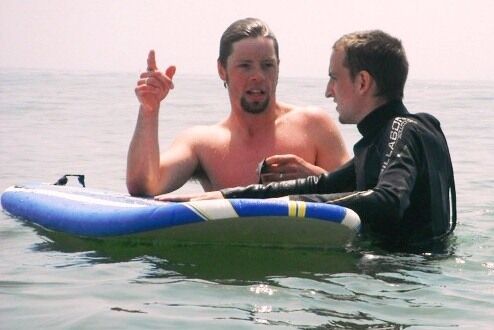 The Transform Surflink team prayed for a woman suffering from demon possession, and the demon came out.