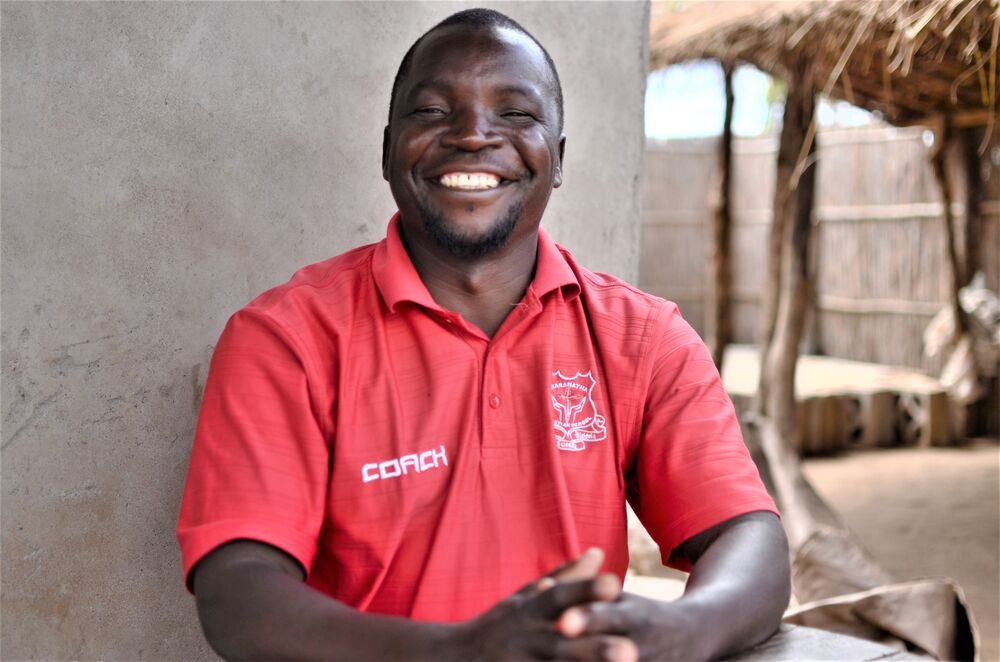 Malawi: Macdonald is a pastor and church-planter in Chisopi, Malawi
Like most other African church planters, Macdonald Mushiya is committed to bringing the gospel into the lives of everyone he meets.

As an OMer, the native Malawian also has a burden for unreached people.

Macdonald’s desire to see the gospel reach the unreached has led him to plant five churches; however a new passion has sent Macdonald on a journey into God’s Word like never before.

“Churches in Malawi are making Christians; they’re not making disciples,” he says. “They don’t equip them to help other people. They’re just Sunday Christians, but they don’t testify to other people.”

In an effort to help his congregations grow in their faith, Macdonald is offering theological training through Veritas, a programme designed to enrich students’ understanding of Scripture through contextual exegesis, hermeneutics and homiletics. Through his teaching, Malawian pastors and church members are gaining a level of discipleship that goes beyond what most Africans have the opportunity to experience.

“Everyone reads the Bible, but very few know how to read it,” Macdonald says of his fellow Malawians and Africans in general. “I teach people to read the Bible in context, to know the whole book of the Bible.”

Even Macdonald himself was not familiar with the terms of Veritas training until he took the class—and as he is finishing training, he finds himself energised to share what he knows with others.

“Since the time I started this Bible study course, I have a greater understanding of Scripture, and I’m able to better teach others,” he says, explaining also that the training has given him confidence to preach the complete truth of God’s Word. “Before, I just read the Bible, and I didn’t really know what was there. I just read it and taught others, and I think I misled people. But since I started to do this training, I’ve got a special understanding of the Bible, and I’m giving people the truth.”

Veritas training comes in four modules, each taking one year to complete. Macdonald currently has 29 students: 10 working in module one, 14 in module two, and five in module three. Macdonald is finishing his own training of module four at a Veritas college in the town of Lilongwe, and will be able to teach beginning in September this year.

“That is 29 believers who are being equipped to teach others how to grow in their faith,” he says.

One area in particular that has expanded his view of Scripture is understanding Jewish culture.

“We are the Gentiles,” he says. “We don’t understand what was happening in the Jews’ time. So we dig deep into Jewish culture, what the Word of God was to them. We look at their traditions and customs in those days, and we take ourselves and our own culture to compare and see what the purpose of God’s Word is in our lives today.”

He will continue to study and research Old Testament moral, civic and ceremonial law, in order to help churches better teach the laws and regulations to present-day Christians.

“The rules of the priesthood were a shadow,” he says. “The book of Hebrews talks about how the shadow was fulfilled. It was Jesus who went into the Holy of Holies once, where the priests would go every year.”

Macdonald is now seeing pastors from all denominations coming to share truth together—and more communities are begging him to bring Veritas teaching.

“Everyone now has a group to lead—and some of them are leading churches,” he says of his students. “I’m delegating, and shaping them. I’m training them to train others.”

His excitement to teach others is surpassed only by his own desire to learn. In fact, it’s his passion for understanding God’s Word at greater depth that has led him to disciple others.

“The more you teach, the more you learn as well,” he says. “I love to study and understand these things. I love to read, and present the truth of the Bible in its context to people.”

Published: Wednesday, 30 August 2017
Credit: Andrew Fendrich
© 2017 OM International This email address is being protected from spambots. You need JavaScript enabled to view it.

Radio Lilanguka is more than just a radio station. It aims to “participate in the development of the region in all possible aspects,” Kondwani explained.