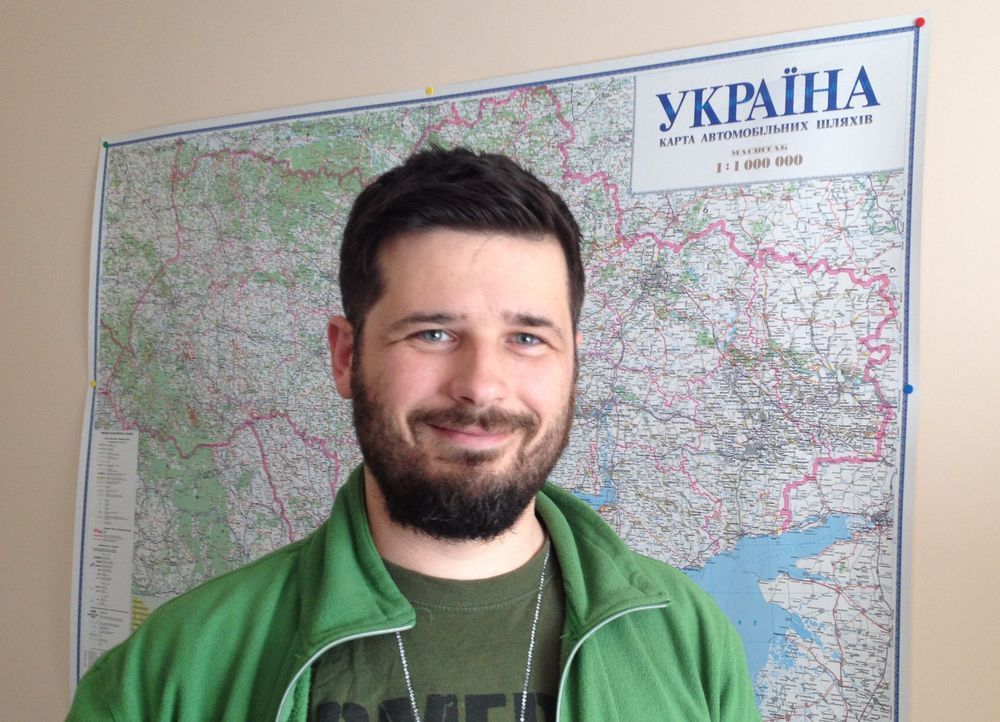 Ukraine: Nikolay and his family stepped out in faith to help orphans in Ukraine, where they partner with OM in this vital ministry to hundreds of children and young people.
“We are going to leave everything and move from here to a horrible place that I don’t think you’d like!” Nikolay* said to his wife, one day in 2012. To his great surprise, she replied, “Yes, let’s go!”

It was just the confirmation he needed, having prayed long for God to lead him, as he felt the time had come to leave his secular job and serve God full time. His previous experience of leading a children’s camp with the church felt like a fish in water! A mission trip to Russia had also deeply impressed him: “My soul was thirsty for missions,” Nikolay shared. “When the phone call came from Zaporozhe, asking me to consider helping with children who graduated from the orphanage, I felt God was answering my prayer.” Even his wife agreed without hesitation, as God had prepared both to receive orphans into their hearts.

Ukraine has numerous orphanages, 22 in the Odessa region alone. These accommodate almost 5,000 children, 860 of whom have no parents, while the rest are at risk at home due to mainly alcohol-related domestic issues. The orphanages are often located in small towns or remote areas, where the children receive their education on site until the age of 16, then have to move out to fend for themselves. Some have nowhere to go.

“Before God called us to help we were totally unaware this problem existed in the country; it changed our whole life,” Nikolay said. He and his wife underwent a brief training in orphan psychology, then accepted four boys into their home—the boys stayed until they graduated and left for college the following year.

Afterwards, Nikolay was asked to help at a summer camp. Not thinking this was for him, he hesitated, but when he understood the camp was for orphan boys, he realized it was part of what God wanted him to do. “My heart found its home,” Nikolay said, “and I have stayed with this mission ever since. When my old employer asked me to return, I knew I could never go back: I had found my place.”

He also identified what was living inside his heart resonated well with OM’s vision to mobilise others. He recognised that God is giving life to his vision: he and his wife Julia*, plus two young children, have worked with OM Ukraine full time for almost three years, regardless of regular financial support. God has recently blessed them with a little regular support that made it possible to rent a flat near to OM’s offices in Odessa. Even though income is rarely regular, Nikolay does not complain. “God challenged me into this,” he said, “to live in faith and trust Him for every day.”

Nikolay leads the program for up to eight week-long summer camps and two shorter winter camps for the children living in the orphanages, mainly from at risk families and from the war zone. OM gets volunteers to help build the camp: tents for sleeping and meeting, a kitchen tent and sanitary blocks. Nikolay arranges the program and leads the volunteers running it. The volunteers either come as international teams through OM or as local volunteers.

During the school year Nikolay also takes part in other events, like the “marathon of visits” to orphanages, outdoor hiking or rafting with orphanage boys.

Julia is mainly home-based, looking after their youngest child who just turned three; however, she does bring the children to the camps and helps mentor the leaders. It is Julia who makes most of the phone calls to individuals, pastors and churches, to help find enough volunteers.

There is no doubt that Nikolay loves what he is doing; it shines from him as he shares his heart. “First of all,” he said, “when kids accept Christ! Always the best, but also at the camp, when I get this feeling of standing on the sideline watching God at work. I am addicted to that feeling. And the orphans: seeing their joy and the change in them as we work with them over time, as they do when they get to acting out dramas like the Narnia story or the Treasure Island at the camps; it is like a gift.”

His intensely blue eyes light up as he starts listing his blessings and what motivates him to continue. He recognises there are so many opportunities and so many needs. He would love to organise a camp to serve the volunteers where they get to receive rather than always do the work. Although, he admitted, “when you work with volunteers who are not committed, and only want to have fun, that puts the brakes on everything.”

Each new season is a big step of faith: “We always start with nothing—no money, no volunteers—but knowing that God will be faithful,” Nikolay said. “We normally expect 800 children at the cost of 60 euros [about 71 USD] per child, and we also need to feed the volunteers who are not paid, but we supply the food. It is always such a joy to see it all come together, to see what God is doing.”

*Surname not included for security

Published: Thursday, 19 October 2017
Credit: OM International
© 2017 OM International This email address is being protected from spambots. You need JavaScript enabled to view it.