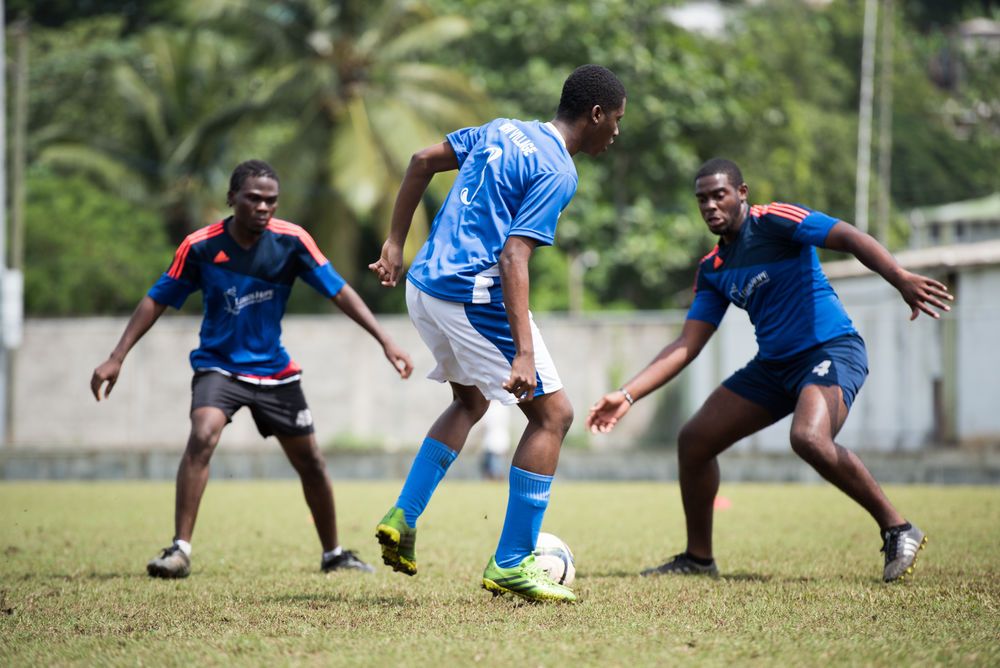 The Call to Peace and Unity Soccarama was the launch event for Safe Spaces, which aims to offer young people an alternative to criminal gangs.

Various teams from across the island came together to compete at Futsal – a version of soccer with a smaller pitch and goals and teams of eight players. They were drawn from local law enforcement and charities, as well as youth groups.

The event was won by the team from the fire department; meanwhile Logos Hope’s players drew three of their games and lost one. Since one member of the squad hadn’t played competitively in 17 years, they were satisfied with their result – and cheered up even more by winning the trophy for being the best dressed team.

“We had very smart uniforms, so of course we got that prize!” laughed Luke Thomas (USA). “But we were delighted to see the best player award go to a young man who had a quite notorious past. He displayed great sportsmanship and was a deserving winner.”

The Safe Spaces initiative was started by Dr Stephen King, who said, “We are consciously committed to developing the young people of this island. We want to empower them and mobilise them to address the issues that plague their communities.” Besides football, other positive activities offered to youth as an alternative to hanging around in gangs include singing and dance groups, DJ-ing and outdoor work on the charity’s farm. Dr King believes that the future can be improved by a change in young people’s attitudes.

Connecting off the pitch, crewmembers spoke to the youth about how they live together on a ship in unity and peace, as well as arranging children’s activities including face-painting and balloon making.

Published: Friday, 03 November 2017
Credit: OM International
© 2017 OM International This email address is being protected from spambots. You need JavaScript enabled to view it.