The Namibian road to Emmaus 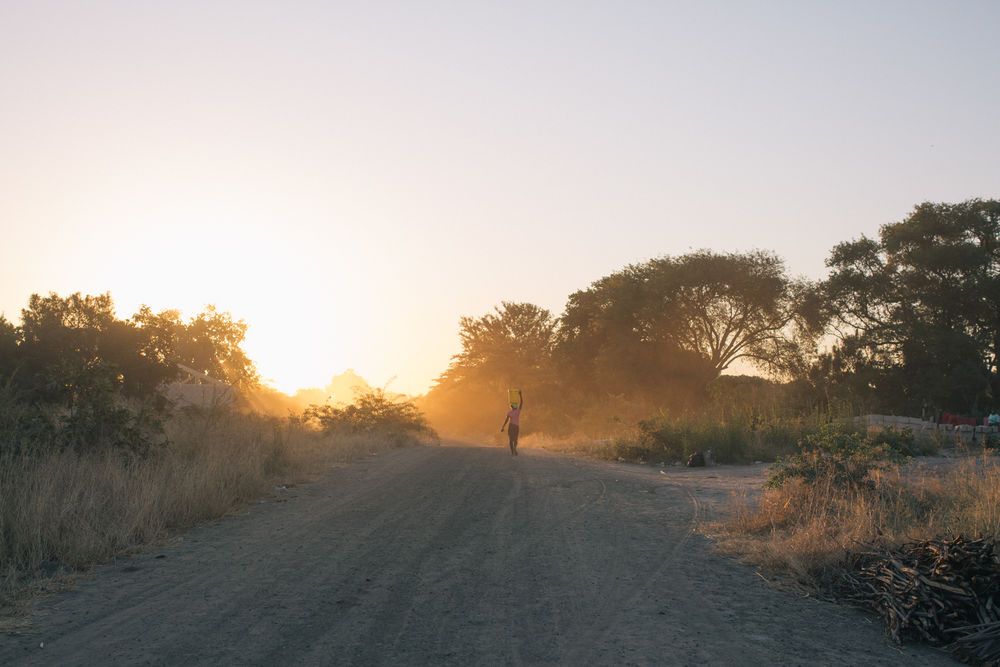 Namibia: A woman walks down a road in Namibia at sunset.
The time came for Japie and Ronel van Vuuren, OM workers in Namibia, to pursue a new type of missions discipleship ministry—one that, Japie says, they are avoiding calling ‘discipleship.’

Instead, the couple is taking a journey, and they are inviting others to come alongside.

The Luke 24 Journey is a one-month programme designed to help people interested in mission work gain clarity and direction, and the van Vuurens are calling it a journey, not only because of the journey two men take to Emmaus with Jesus in Luke 24, but also because the couple see themselves as taking one more step in their journey of faith.

As a result, both Japie and Ronel expect this new programme, which launched in September 2017, to be as much a learning experience for them as for the participants who come in from the outside. While it is modelled on other OM Africa discipleship programmes, such as Missions Discipleship Training (MDT) and the Africa Trek, it’s different in that it has no set schedule, which Japie says will hopefully allow students to focus on fellowshipping with God and clarifying the direction in missions they want to go.

That was certainly the case in September, when their first Luke 24 Journey took them and two students around Namibia with no plans other than to hear from God and follow Him each day.

“We didn’t say, ‘We will take you on a journey.’ All four of us were on the journey together,” Japie says. “And that’s what changed everything—that we were all on this journey with Jesus.”

Just as Jesus used all of Scripture to explain those things about Himself to the two men on the road to Emmaus, so also the Luke 24 Journey emphasises a chronological teaching of Jesus, from Genesis to the book of Acts. But even the teaching, Japie says, is not the type of classroom setting you would expect in a discipleship programme. All of the learning, as with the practical outreaches, is on-the-go.

Case in point: For their first Luke 24 Journey in September, Ronel says that the only preparation she and Japie made was getting a ride to a local farm and “starting” the journey there. Beyond that, the programme was as open as the horizon. On the first day, they took the two participants—a Namibian woman and a man from Switzerland—shopping for food.

Things like ‘off-days’ and ‘outreach-days’ don’t exist in the Luke 24 Journey, Japie says. “We’re always busy with this journeying.”

Having such a flexible schedule allows participants to see moments of teaching that were there all along, that they might have otherwise missed, Japie says. Travelling down a long stretch of road, the four of them were reflecting on the day’s lesson about faith when their car broke down. Rather than fixing the problem while the students waited, Japie asked them, “What are we going to do?”

“It was our lesson in faith happening right there,” he says. “Because you’re not fixed to a programme, when something happens, it’s no big deal.”

While the fluid schedule of the Luke 24 Journey has quite an appeal to those looking for clarity in their relationship with God through missions, Japie says that it “wasn’t all easy going”—meaning both the first journey and all the planning leading up to it. The process of defining what Luke 24 Journey would be was years in the making, as Japie and Ronel wrestled with their own understanding of what an effective discipleship programme looked like.

And even though the journey itself gave plenty of little challenges for the team of four, Ronel says the flexible schedule also allowed for the building of community.

“People offering their homes for a night, or cars to use—it was a great blessing,” she says. “And God put us in a situation then where we can bless other as well—something we didn’t plan.”

Japie also says that the Luke 24 Journey gave them a more accurate picture of “real life.”

“On this journey, we didn’t plan an outreach; it was on a daily basis that we reached out to people. It was more applicable to real life than a discipleship programme.”

The next Luke 24 Journey will begin February 4, 2018, and last one month. All of the journeys will be one month, Japie says, and the couple is planning on facilitating several each year. Five have already been scheduled for 2018.

The one-month window, Japie says, will allow anyone to participate, without the pressure of committing to a three- or six-month programme. People on holiday, students and anyone else with four weeks to spare will find an opening with the Luke 24 Journey.

And no two journeys will be alike.

“I’m excited about what I can still learn,” Ronel says.

Published: Wednesday, 24 January 2018
Credit: Andrew Fendrich
© 2018 OM International This email address is being protected from spambots. You need JavaScript enabled to view it.