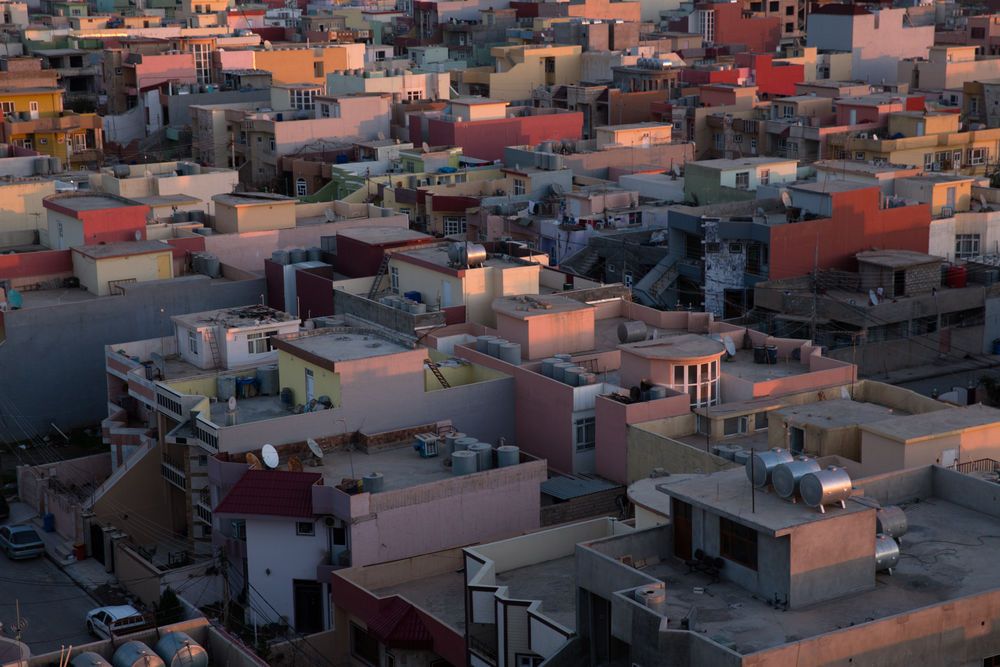 Near East: Kurdistan is home to Kurds, as well as, Syrian refugees and Iraqi IDPs. Photo by Jacob Carter
During a trip to visit pastors and partners in Kurdistan, long-term OM worker Kyle* met three Syrian men working in a hotel. Business was slow, so in the evenings Kyle often hung out with them in the hotel lobby.

As they chatted, the men discovered they knew one of Kyle’s contacts: the pastor of a nearby church. They asked Kyle “the normal questions,” he said. “Is Jesus the Son of God? How would you feel if ISIS came and took your land?”

According to Kyle, the Syrians had differing interest levels in spiritual topics. The first man seemed keen and wanted to know more. The second was sceptical and defensive. The third mostly stayed silent.

One evening, Hamid*, the most interested, asked Kyle if he could go to church.

The men walked to the church. Since they arrived a little late, the only seats available were right at the front. Walking down the centre aisle, Hamid was “freaking out. He had never been to church before,” Kyle described.

Nonetheless, he stayed for the whole sermon, only leaving when communion was served.

Kyle, who studied theology, showed the three men other passages in the New Testament where Jesus talked about His own deity. “It’s just a funny use of terminology,” he explained. “In the Arabic, it sounds like Jesus has the same stuff of God, but that He’s not God.”

On three separate occasions, Kyle returned to the hotel to visit and discuss with the men. Hamid remained interested, Ali* antagonized and Moe* listened. Then, a month later, all three suddenly disappeared. They had left to Europe, each travelling to a different country.

“This is the thing about Iraq. We’re losing so many people…Everybody talks about leaving all the time,” Kyle mentioned. “I didn’t think anything was going to come from that sharing, especially when they left.”

Three months later, however, Kyle received a text message from Moe, the quiet one who had always listened to the conversations. “Brother, I just wanted to tell you I am in Sweden, and I am secure in Christ,” he wrote.

In fact, while Moe was at a refugee centre in Sweden, people from a local church visited the asylum seekers, offered help with Swedish and shared the hope of Jesus. “I went to their church, and I became a believer,” he told Kyle. “Now I’m going to be baptised on Easter. Would you come to my baptism because you were the first one to share with me?”

Kyle asked Moe where he was, but Moe didn’t know how to spell the name of the village. So Kyle called the OM workers in Sweden to see if they could help find his friend’s location.

One of the workers at OM Sweden told Kyle about similar refugee work he was doing. “If you do come on Easter, it will be cool because we’re baptising some Syrians the same weekend,” he said.

“Is one of them named Moe?” Kyle asked.

“Yes!” the other OM worker replied.

Through God’s divine connection, Moe had met more OM workers in Sweden, and, after hearing the message again, he began walking with the Lord and sharing with his friends.

“You never know what impact what you say has,” Kyle said. “Sometimes you’re a link in the chain of their life story.”

Praise God for the new life Moe found in Christ. Pray that the other two Syrian men, Ali and Hamid, who live elsewhere in Europe, would also meet and surrender to Jesus.

Published: Tuesday, 20 February 2018
Credit: Nicole James
© 2018 OM International This email address is being protected from spambots. You need JavaScript enabled to view it.