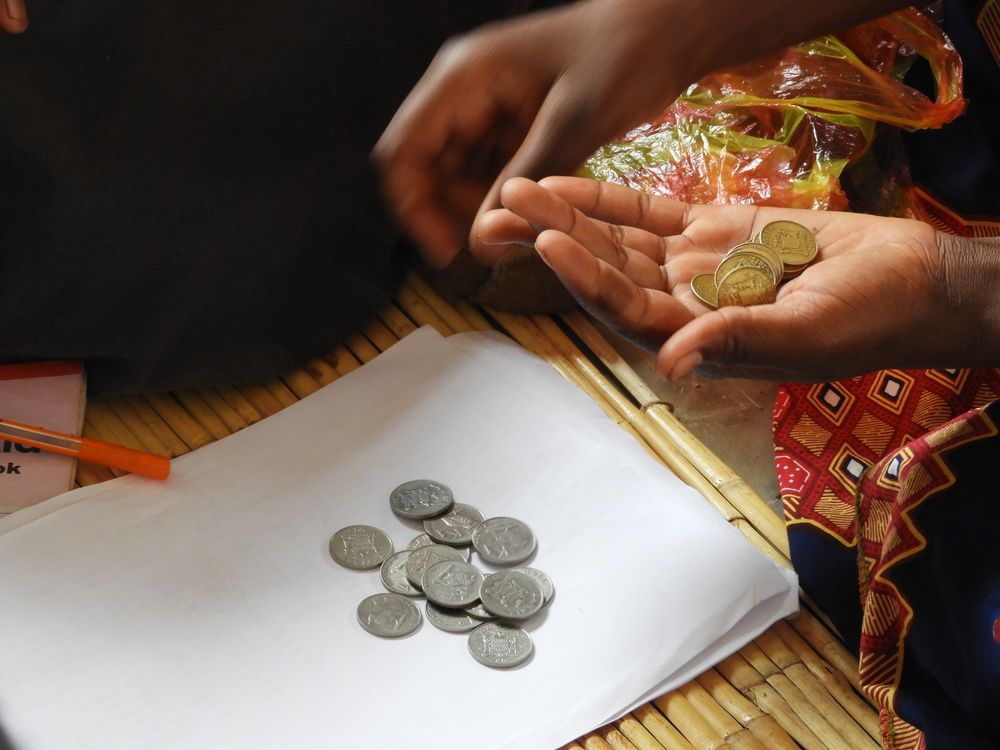 Zambia: One Self Help Group at Lake Tanganyika collecting money they saved throughout the week to help themselves get out of the poverty.
From trying to survive each day to leading the community in bringing development, the members of a Self Help Group (SHG) in the village of Katete in Zambia are being transformed drastically. “I couldn’t even recognise them when they came for follow-up,” said Golden Kateya, SHG coordinator. “No one could tell these confident ladies were the most vulnerable before.”

Katete, located in one of the remote areas along Lake Tanganyika, is a nine hour boat ride from Mpulungu, the main Zambian port town. The OM Lake Tanganyika team started a SHG in 2016 among the most vulnerable women of the village. The group meets twice a week to learn how to associate with people, use the resources around them and incorporate the Word of God into everything they do. The women started recognising their own talents and building up their confidence.

During the training one of the women, Rose, was identified as a good leader. After six weeks of training, Rose began leading the group so that the facilitator could move on to start other groups.

Rose helped the 17 ladies in her group to continue practising what they learnt. A few months later, Roses started getting bad stomach pain. In the village there is no clinic aside from a man with some medicine. Rose’s pain got worse and she was unable to make the three hour boat ride, or one hour walk, to the closest clinic. She had no choice but to get medicine from the “doctor.”

All the ladies heard Rose’s story and how she was being pressured to pay. Without telling her, the group decided to contribute K900 ($90 USD) to help Rose. This was from the pooled money the group had saved to help start businesses. The group expressed their appreciation and how happy they were to help their leader and friend. Even more, the incident triggered them to think about community development. Now the group wants to build a clinic for the village. Using the K9,000 ($900 USD) they saved throughout the year the group has started other projects to benefit the community such as digging a well and buying a boat for transportation.

“Before, they could only focus on themselves and barely managed to survive, but now these ladies play a big role in the village. The unity [between them] is so beautiful,” said Golden. Self-help is not just a name. It’s their own experience. Before SHG, some of these families could only manage to make K1 ($0.01 USD) per day. Even to provide meals was a challenge and sending children to school was far beyond their abilities. Golden shared that all the ladies are now able to provide three meals a day for their families and their children are all in school. Rose even started a new SHG to encourage more ladies in the village. “God really changed these ladies from the inside out,” Golden said.

Self Help Groups are formed along the lakeshore to reach out to the marginalised and most vulnerable women. Along the lakeshore people turn to witchcraft and sacrifices in order to guarantee a good catch. People believe in spirits, practice witchcraft, wear charms and are commonly bound by fear. Lack of empowerment contributes to malnutrition, early marriages and forces children to quit school to look for work in order to raise an income. The SHG’s exist to address these issues and empower communities starting from an individual level, working up to a family level and then to a community level.

Published: Thursday, 04 January 2018
Credit: OM International
© 2018 OM International This email address is being protected from spambots. You need JavaScript enabled to view it.