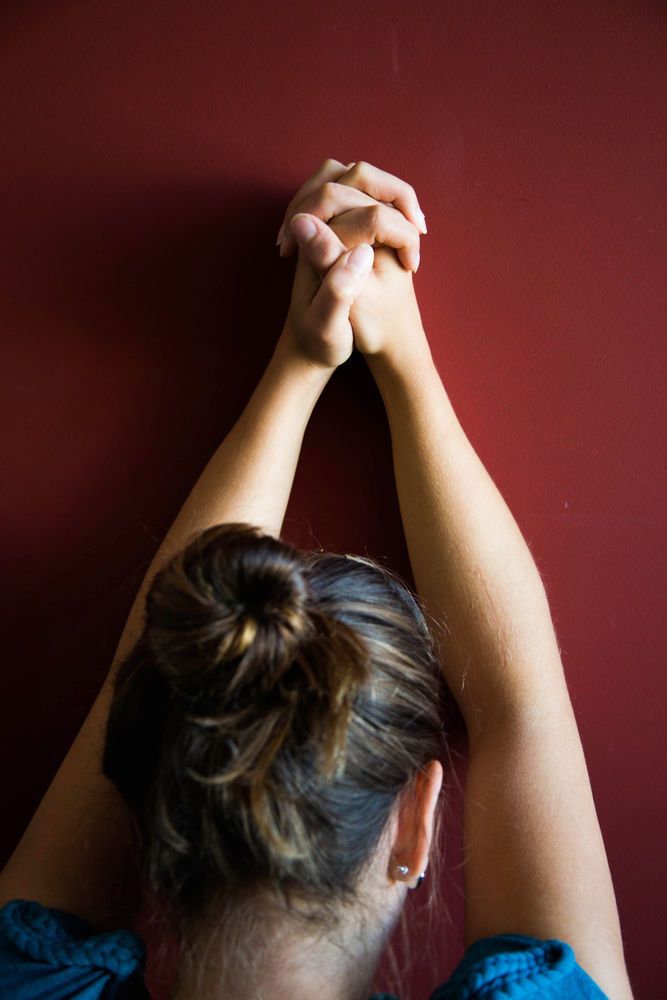 Near East: Praying hands in the midst of spiritual happenings. Photo by Josiah Potter
Sabirah* has always liked to define herself as an intercessor, someone who loves to sit at the feet of God and hear His heart. After moving to OM’s Near East field (field consisting of Jordan, Lebanon, Syria and Iraq) almost six years ago, she has stepped up to lead the prayer house in her city and has encouraged others to start prayer houses across the region. She remains part of a growing prayer network composed of locals and foreigners who pray regularly together and seek to mobilise others to join in prayer around the region. Communications intern Jana Eller recently interviewed Sabirah about her prayer ministry.

Jana: How did God call you into this ministry?

Sabirah: I have always loved to be in a place of prayer, and I get really excited about praying non-stop for ridiculous amounts of hours a day. But I realised not everybody is like that. It kind of made me realise, OK, maybe this is what God made me to do. I think people understand prayer and that it’s only through prayer that we can really change the world. But not everyone was made to actually spend the hours in the prayer room. The core of who I am has always been this. I only started defining it when I moved to the Middle East, and I was very fortunate that there was already a prayer house in my city from the day that I arrived. I could just come alongside the praying and be part of it. And slowly as our community has changed and as people have left and people have come, my responsibility has increased.

Jana: How has your ministry grown or changed since you moved to the Middle East?

Sabirah: I think I can answer that question from multiple perspectives. I think for the city, it has changed based on the people in the city. The prayer ministry in this city has kind of grown and changed as the workers have. But if we look at this country, the importance of prayer has changed and evolved. More prayer rooms have been birthed in the last couple of years, more people have been excited about prayer. Also regionally, we have a youth worker’s conference once a year, where all these workers from the region come for a training, and I have been hosting a prayer room there for the last two years. During the last one, I was really excited because I would hear about the youth workers that actually walked into the prayer room in the middle of the night and continued praying. And I was like, “Oh, that’s exciting,” because that hasn’t happened before. These youth workers have gone back and started prayer rooms in churches because of how they were encouraged by what was modelled. So, it’s kind of fun to see how more people are not just understanding prayer cognitively, they are starting to live it out.

Jana: What have been some of the challenges you face as a prayer ministry?

Sabirah: I think for somebody that loves to pray, sometimes it’s challenging to get other people as excited as I am and not be discouraged when they are not. Not everybody is called into the focus of intentional prayer ministry, so having wisdom on how to encourage and motivate people. Another challenge, I think it is the most rewarding and the most disappointing ministry at the same time. On the one hand, there’s an amazing thing about being in God’s presence, hearing His heart and just being with Him. But at the same time, it’s really frustrating because 99 per cent of the time, you never see things come to pass that you have been praying.

Jana: What keeps you encouraged?

Sabirah: I make my case of actually being allowed to get to do this. I love to be in God’s presence. I love to just sit at His feet and hear His heart. Every time I pray, I’m surprised because God gives me a really cool picture He wants me to pray or He reminds me of an amazing scripture to pray or we physically pray through a Psalm and the words become alive. I realise I am in the amazing privileged position that I get to pray these words over my people and over my city, knowing God will bless my city, even though I can’t see it.

Jana: How does your ministry fit into OM’s new focus on church planting among the unreached?

Sabirah: I think any ministry that is not birthed in prayer doesn’t necessarily last in the long run. Prayer is the key activity that prepares a people group, prepares a nation and prepares a city for the will of God. I mean we can’t physically prepare people’s hearts on our own; it’s the Holy Spirit that prepares hearts, and I don’t know why and I don’t understand how it works, but somehow God wants us to partner with Him, and He wants us to pray into the softening and preparing of the hearts and of the ground. So you know we often have a story of the sower, but I think we don’t always think of the preparation of the ground before. You know there is a season of rain, a season of ploughing the ground, a season of preparing the field. And in the same way, once the seeds are sown, you need the rain that continues to fall down on the ground and feed the seeds. And that’s prayer that prepares the ground and continues to ask God for the release of His Spirit.

Pray for God to call more people into this ministry and continue to grow the multiple prayer houses in the region. Also pray for strength for the pray-ers, so they may endure with perseverance, even when they cannot see the results of their prayers.

OM Communications intern Jana Eller is a student studying journalism and missions and loves to see how God is moving among the nations. She is always up for spontaneous adventures and exploring new things.

Published: Friday, 15 December 2017
Credit: Jana Eller
© 2017 OM International This email address is being protected from spambots. You need JavaScript enabled to view it.