English as a platform 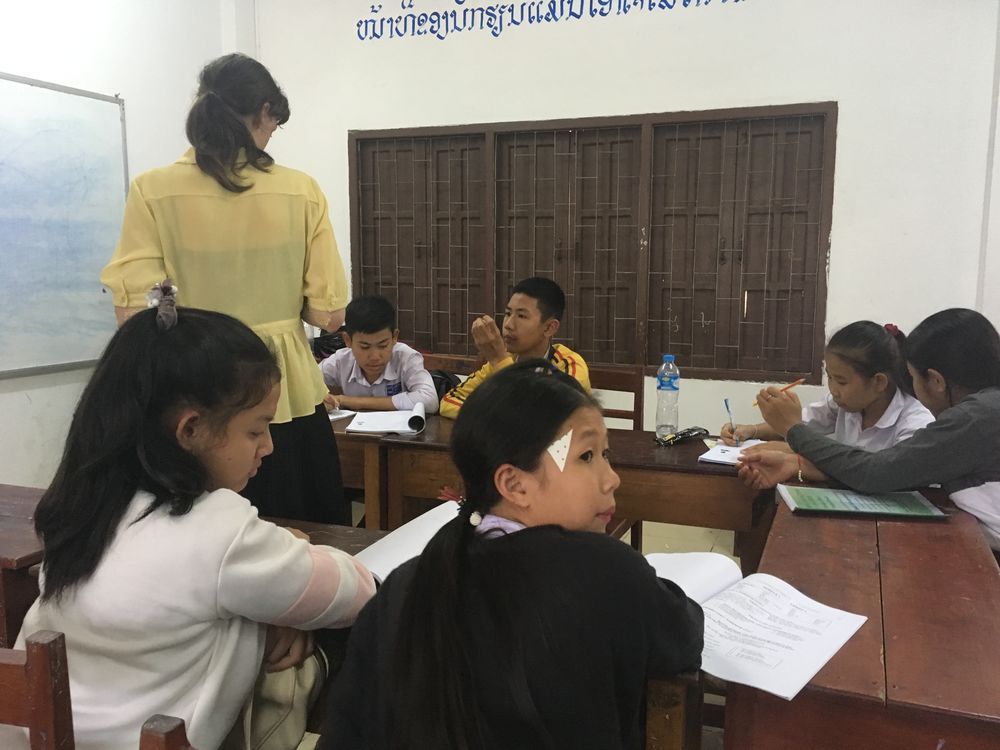 Laos: In Laos, OM team members can use teaching English as a platform to be a presence in the community.
English classes often provide an easy entry point into a community in Asia. Whether children or adults, the students are eager to improve on a skill that they see as a vital part of their future: Having a solid command of the English language opens up their job and success potential.

In Laos, Donna*, an OM team member from the United States working as a part-time English teacher at a local high school, recently had an opportunity to use this as a platform to speak into the lives of a few students and local teachers. After teaching one class, Donna prepped for her second lesson, but not enough students showed up, so the local teachers decided to cancel class. The small group of students and teachers decided to go out for dinner together instead. During the meal, one of the younger teachers shared that she and her boyfriend were expecting a baby, despite not being married yet. In a very conservative culture, this news was definitely not a normal, every-day conversation topic.

“Everyone was a bit awkward at first, and then some quickly congratulated her and started asking questions,” Donna said. “One of the older teachers, however, was not pleased and a mild discussion about whether it was socially acceptable to have children before marriage started.”

When Donna was asked for her opinion, she was able to explain both what her American culture as well as her faith in God had to say on the subject. “I was praying the entire time that God would give me wisdom in how to be truthful, but also to speak it in love,” Donna stated. “The conversation went well, and one of the students even had a few questions about why Christianity is my belief instead of Atheism–which is what he had been told was what most Americans believed in.”

“I was mad at first that class had been cancelled but realised after the conversations that God was answering my prayers for increased openness to be able to share more with my students and fellow teachers,” Donna said.

There are all sorts of open doors that happen through doing day-to-day life together and in unique one-off conversations; the important thing is to have a constant Christian existence in these communities. By having a consistent presence in a community through something like English teaching, OM workers are able to speak into the lives of people who, for the most part, don’t even know a Christian.

In a region that is home to 240 million people, of whom 60 per cent are Buddhist, only about half of the population has been reached with the gospel. Though about 6.5 per cent of the region professes to be Christian, only a little over 2 per cent is Evangelical Christian, so most people never have the chance to hear about Jesus and what His plans for humankind are: to be in relationship with Him.

If you would like to know more about joining OM to be a Christian presence in communities in parts of the world that have no church, contact your local OM office at www.om.org/contact.

Published: Wednesday, 13 December 2017
Credit: Ellyn Schellenberg
© 2017 OM International This email address is being protected from spambots. You need JavaScript enabled to view it.

Landlocked Laos is one of the world's few remaining Communist states, and is a poor, ethnically diverse, stoutly Buddhist nation and a harsh place for followers of Christ.

OM workers share about the recent flooding in Laos and what this means for the people of this country.

An OMer works alongside local Lao rice harvesters and learns the importance of community.

OMers in Laos run a coffee shop and work to make it accessible to locals, and especially youth.