Beer bottles, confetti and the Gospel of John 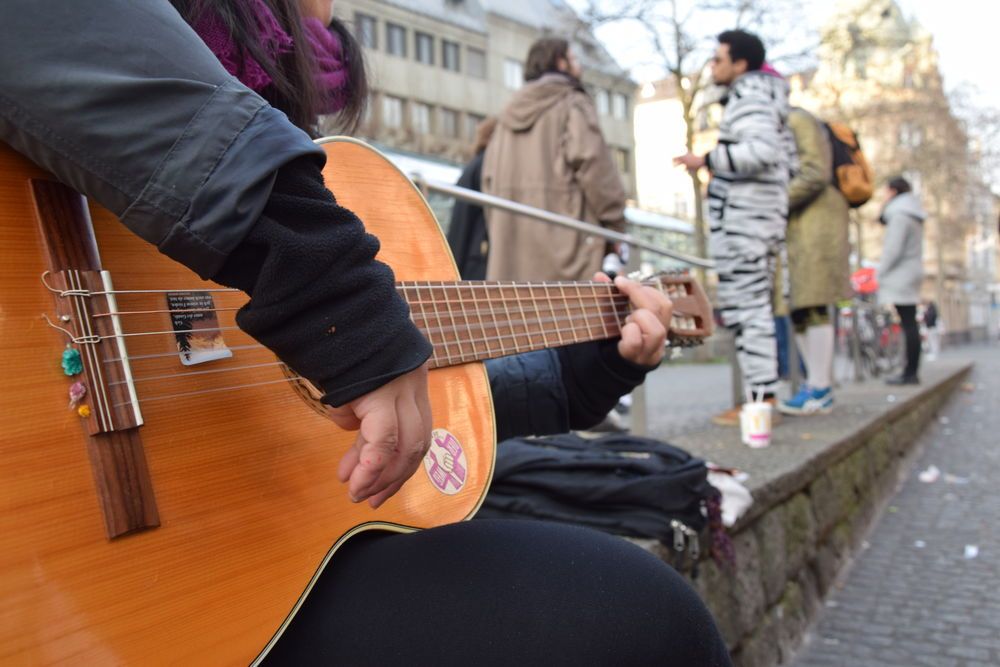 As the team set out in the afternoon, people were already drunk in broad daylight; the ground littered with beer bottles and confetti. Amidst the growing chaos, the team parked themselves right in the centre of an open square. Some began to worship, some walked around to pray, while others approached people to share about the Riverboat, and hopefully, the Gospel. As worship music began to infiltrate the air the crowd dispersed a little, leaving some space and peace.

“Although the surroundings were intimidating and people were wild and high, hearing the worship in the background and seeing my fellow community members pray gave me strength,” shared Salvina Tallone (Italy). “This is the power of teamwork.” Salvina later met an Italian couple – the first Italians she has met since joining the Riverboat – and invited them to the Riverboat.

Wife of the Riverboat Director, Bernice Nicoll (South Africa), who was visiting, joined the walk and noticed a sign outside the church. “The church had put up a sign saying it will be shut on Fat Thursday and Rose Monday, the days where the big carnival parades take place,” said Bernice. “I think it’s sad that the church had bunkered themselves against the crowd when this is such an opportunity to reach out to people.”

A group of Syrian men standing near the worship area were curious about the music. While chatting with some community members, the men questioned why they were not partying. "I believe in Jesus. I don't need alcohol to have fun and be joyful,” said Clara Marquadt (Germany), a firm answer that stood as a testimony to the men.

Another community member, Marleen Barnard (Netherlands) had an image of a man with a dog before heading out. She managed to find him in the town square and invited him to the Riverboat.

Invisible to the party-goers in high spirits were the many beggars sitting in the frosty cold. Luke* met a homeless man whom he had gotten acquainted with over the last week. Together with other community members, Luke chatted with him and his wife under a bridge near the Riverboat where they sometimes sleep. They had invited the couple onboard for a shower a few days ago and prayed many times over their complex situation. Before the Riverboat leaves Bonn, Luke hopes to put this couple in touch with a local Christian organisation that helps the homeless and drug addicts.

Despite some expected rejections from the party crowd that afternoon, the team was thankful for some positive conversations made possible through teamwork and God’s leading. May the Riverboat stand for the testimony of Christ during the period of the Karneval.

Published: Thursday, 15 February 2018
Credit: Flora Man
© 2018 OM International This email address is being protected from spambots. You need JavaScript enabled to view it.

After an onshore Frisbee game, OM Riverboats community members invite a Muslim woman on board and share God's Word with her.