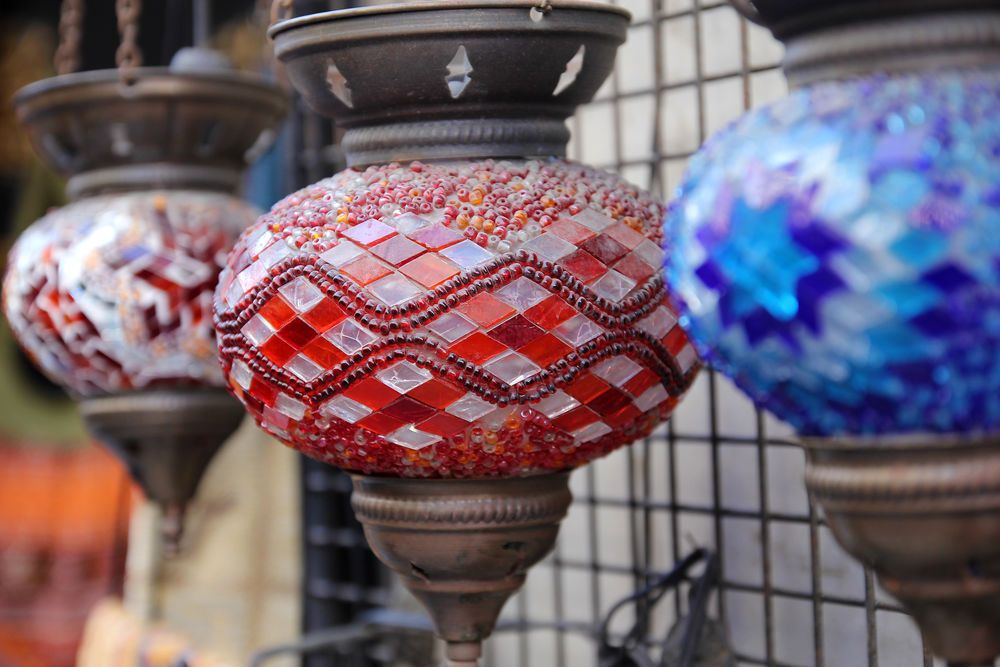 Turkey: Turkish lamps
Caleb*, an OM worker, regularly takes trips around Turkey to follow up with contacts from the country’s Bible Correspondence Course (BCC). As often as possible, he brings his family as well as Turkish believers to meet with truth seekers in least reached provinces. In his travels, he has often encountered unexpected situations and relied on God’s wisdom to navigate more than one uncomfortable encounter. At a recent conference, he told three stories of sharing truth with people in some of Turkey’s least reached provinces.

“This is my best story,” Caleb said, sitting down to dinner at a hotel in Turkey. “I call it ‘The tank story.’”

On one of Caleb’s round-the-country trips, he decided to stop in a particular province where the BCC had a handful of contacts in its database. “We call them, but unfortunately, none of them are available. They’re all on holiday,” Caleb recounted.

However, he knew another man living in the area who had previously been connected to someone sharing about Jesus. “So I call him up, and he says, ‘Yes, yes, yes. I’m available. Please come.’”

“Normally I don’t go to a province for one person, but this guy I knew was a legitimate lead,” Caleb explained.

As soon as he pulled into town, however, plainclothes police pulled his car over. Caleb said he wasn’t worried as the area was known for being somewhat difficult to travel through.

“There’s been a complaint about your car. We need to search it,” a policeman announced.

Caleb and everyone in the car got out, waiting for the police to search the vehicle. One policeman grabbed Caleb’s satchel and opened it, finding it full of New Testaments and Christian tracts.

“His eyes widen … and he says, ‘OK, you guys are going to have to wait,’” Caleb recalled.

The policeman picked up his phone, and within a few minutes, a military tank and two additional police vehicles rolled up to Caleb’s car. “We’re surrounded by 25 policemen, and they say, ‘We’re going to have to search your car again,’” Caleb said.

“I’m not sure,” Caleb responded.

Just then, another military personnel appeared, carrying a separate tract in his hand. “I’ve read this!” he told Caleb.

“I got it from my brother. He’s a student at university.”

Caleb quickly realised that he had spoken to the man’s brother on the phone. “We weren’t planning to meet, but the Lord had other plans.”

As Caleb and the others waited, they heard whispers floating around between the policemen: “Should we arrest them?” “No, he has a family. Let him go.”

“The best part of the story is that eventually the police left us alone,” Caleb continued. “But before they left, two policemen … said, ‘We’re going to have to take some New Testaments for our own personal research.’”

After the tank and the police cars dispersed, Caleb called his contact again, thinking that he probably wouldn’t want to meet after all the attention he had just received. Often, when police are involved, locals are hesitant to be seen with foreigners, Caleb noted. But this man’s interest in Jesus trumped his concern about the police interaction—he had waited for two hours in the café they were going to meet up in!

“We had a phenomenal conversation with him about Jesus,” Caleb said.

“If what you say is true about the resurrection, I have to change everything about my life,” the man concluded.

Another time, on a separate trip, Caleb received a call from Ahmet*. “He lives in this tiny, tiny village in the middle of nowhere on top of a mountain,” Caleb described.

“Please, please come visit me,” Ahmet invited over the phone.

Since everyone in the village knew everyone else, Caleb’s contact felt like he wouldn’t be able talk in a public meeting space, so Ahmet eventually invited Caleb to his home.

“We go to his house—a very traditional house. We then go to one side of the house, and the women go to the other side of the house,” Caleb said. Sitting in the living room in front of Ahmet’s extended family, Caleb tried to gauge the situation. He didn’t want to say the wrong thing to upset the family or to put himself in danger.

“I’m just asking the Lord what do I do. It feels like we’re here for no reason. I can’t share the gospel,” he recalled. Then suddenly the tone of conversation changed. The family he had visited started talking about all the problems they had experienced and how they hated the people who had persecuted them for many years. “[Then] the Lord gives me these words: Love your enemies.”

Caleb addressed the men in front of him: “God’s Word says you’re supposed to love your enemies.”

“How can we love our enemies? This is not possible,” the family countered, outraged at the suggestion.

Ahmet’s father broke the silence. “If we loved our enemies, we wouldn’t have any,” he stated. “Why don’t you tell us about this Incil (The New Testament) of yours, which you claim has not been changed?”

That invitation opened the way for Caleb “to tell these ten men in the middle of nowhere about Jesus.

“We still have a good relationship with these people, and we’ve seen Ahmet a number of times since then,” Caleb said. “Pray that the Lord would continue to work in their lives.”

‘I don’t believe in coincidence’

In another town, Caleb was introduced to Doruk*, a friend-of-a-friend, who was an agnostic from a Sunni Muslim background. “His family struggled with him being an agnostic,” Caleb noted.

During conversation, Doruk frequently refuted Caleb’s spiritual statements, “giving the standard response you would expect from someone who was a Muslim and became agnostic,” Caleb said.

Finally, Caleb mentioned the resurrection of Jesus and gave Doruk a book about the topic. “I didn’t think he would read it,” he admitted.

A couple weeks later, Caleb received a phone call. Doruk had finished the book and was contemplating its message. The next day, he had gone to a DVD store—a shop containing low quality, pirated films. After Doruk selected the movies he wanted to purchase, the shop keeper offered to give him a few extra film files for free. At home, Doruk watched some of the movies, including one called “Risen.”

“I think I have to believe now,” Doruk told Caleb. “I don’t believe in coincidence. I think God is trying to show me that Jesus is risen.”

Pray that the Turkish men Caleb talked to will continue to learn more about Jesus. Pray that they will receive follow-up from other believers and make a decision to follow Christ.

Published: Wednesday, 28 February 2018
Credit: Nicole James
© 2018 OM International This email address is being protected from spambots. You need JavaScript enabled to view it.