A double answer to prayer 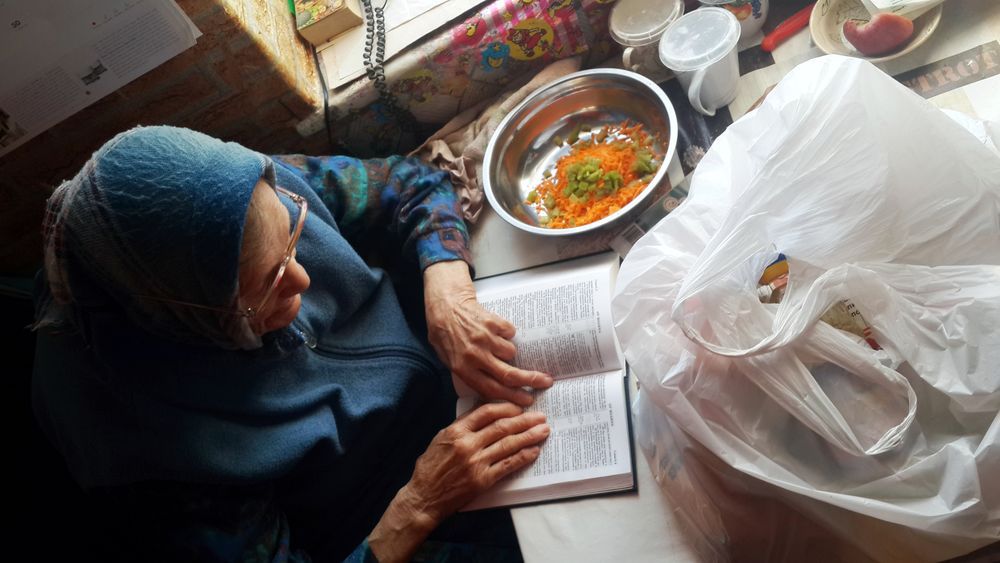 Moldova: As the Bus4Life team visited an old lady with a food parcel they could also provide a Bible in her native language for her. She had asked the local church planter for a Bible in Russian every time he had visited her, but only through the visit of the Bus4Life was he able to finally respond to her request. Besides opening doors for sharing the gospel in little reached villages in Moldova, the Bus4Life also encourages and supports the often isolated pastors and church planters in the lesser reached areas of Moldova.
The pastor began to cry when he saw the team. For two years he had prayed that the Bus4Life would come to his village–a tiny village with about 90 inhabitants–where there is a group of believers but not yet a registered church. Besides being a huge encouragement to these believers, the team who had now come with the Bus4Life helped them share the gospel with the rest of the village, who were very open and happy about the children’s programmes, bouncy castle, books and conversations the team offered.

To Moldovans the Bus4Life is a very curious sight, especially in small and remote villages. As the team visited people in the village with food parcels, the pastor took them to an elderly lady he goes to see regularly. Eighty-year-old Nina had asked him for a Bible in Russian, her native language, every time he visited her, but he had had no possibility to get one for her, though he had prayed for this need. Now, as the Bus4Life had brought much literature, including many Bibles, he could finally respond to Nina’s request. It was a great joy for the old lady, who immediately got her glasses in order to take a closer look at her precious gift, as well as for the pastor, who thus saw two of his often-repeated prayers answered through the visit of the Bus4Life.

When the Bus4Life visited Moldova in late 2017, the outreaches focused on locations where there are no, or only very small, evangelical churches. In one such village the local church consists of only three members - yet when the Bus4Life came to this place, over a hundred children and about 50 adults and youth visited the bus. About 70 New Testaments were given out to people of this village.

Everywhere the bus went, the team found open doors and hearts, as they brought joy to the children and help to the needy. It also led to many good conversations with all kinds of people - from mayors to local council members to an old man who did not believe God could forgive his many sins, but was assured Jesus had come exactly for people like him - like all of us.

In another place the bus was parked next to the local library and the team decided to offer some books as a gift. The librarian was very happy and posted a picture of the new books on their social media page, together with words of thanks and appreciation for the ministry of the Bus4Life.

Besides opening doors for ministry, the bus is also encouraging the often isolated pastors and church planters in the lesser reached areas of Moldova. As more and more people, including believers, leave the country to seek work and a better life abroad, churches suffer and remain without young people, or even without leaders. Yet there are still many devoted Moldovan pastors and believers who carry on, despite the huge challenges, with a strong faith in God’s provision for them and a deep sense of being called to bring the gospel to their own people and country. For them, too, the Bus4Life is a huge blessing - not only being a valuable tool where there are often limited resources, but also showing them they are not alone!

Published: Wednesday, 21 March 2018
Credit: Esther Hippel
© 2018 OM International This email address is being protected from spambots. You need JavaScript enabled to view it.