Challenged to make a difference 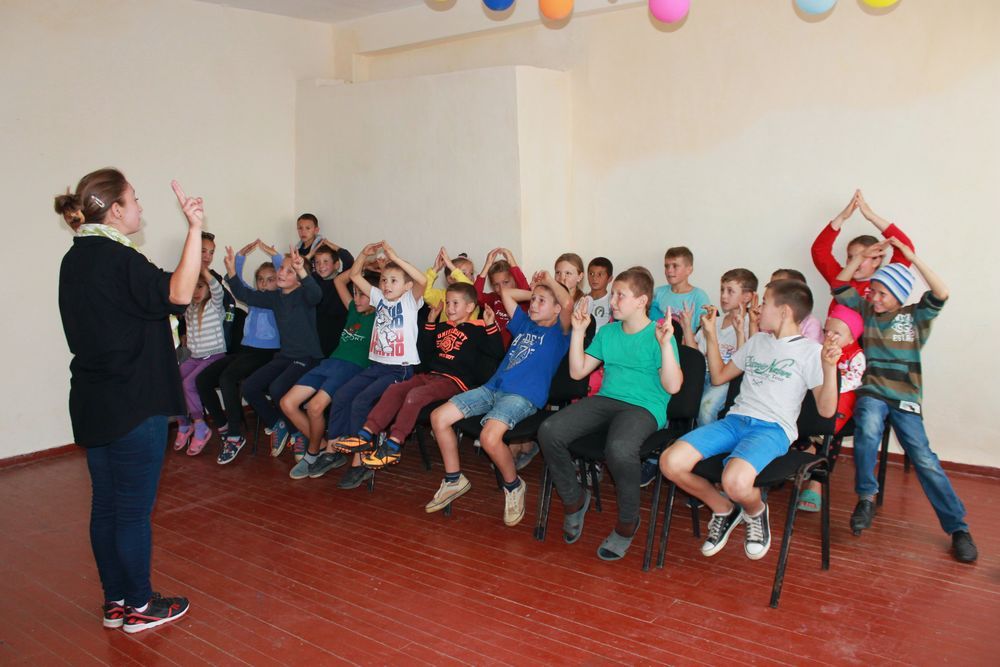 Moldova: A participant of OM Moldova?s ?Challenge into Missions? training leads a programme for underprivileged children during an outreach in a Moldovan village. The 10-week training course offers young Moldovans their first experience of missions. Seeing how God can use them, many participants are mobilised to continue in local or global missions.
“When I first did this training, God gave me a calling for my life; now He confirmed this calling.”

This was the conclusion of one Moldovan girl on the last day of Challenge into Missions (CiM), where she had been participating in the second level of the course. “Through this programme I discovered my passion for working with people who are at the margins of society,” another participant said. For OM Moldova’s workers it is always encouraging to witness the growth happening in the young Moldovans throughout the ten weeks they spend at CiM, as they grow in skills, character, confidence and understanding that God has a place in His work for each of them, as they experience Him using simple people like them to change the lives of those He puts in their path.

Throughout the training, participants spend a total of six weeks on outreaches in Moldovan villages. Whenever CiM teams return from outreach, each person has a story to tell: a situation that impacted them, someone who touched their heart, an instance where they saw God at work; the stories are as varied as the group of participants. But after one outreach in late 2017, uncommonly many participants talked about the same thing; a place that had left none of them unmoved.

The team had visited a temporary children’s home, where children could be placed for a period of up to six months. At least that was the theory – in reality many of the children had already been there several years. The home is insufficiently funded and the children were obviously lacking basic things like food and clothes. Deeply touched by the needs they saw, the CiM team decided to put together some of the little personal money they had with them. It amounted to just enough to buy each child a pair of socks. Though this did not seem much, they still went to the market to buy what they could and were very encouraged when several of the salespeople gave them additional clothes or hygiene articles for free.

The team was equally moved by the hunger for care and affection these children showed as well as the obvious joy they drew from the short visit and the love and message the team shared with them. “I will miss you very much and I will pray for you,” 15-year-old Pavel*, the oldest boy at the home, said as the team left. Earlier, this boy had shared that he would like to become a doctor but doesn’t think it was possible. “What will become of him?” a CiM participant mused. “Soon he will be thrown into adult life so very unprepared, with no help, no example to follow, no one to offer him love and tell him, ‘I believe in you; I believe in your dreams.’ Most others like him end up on the streets – or worse. Only God can change his destiny.”

One of the girls on the CiM team talked to 13-year-old Vitalina*, whose mother brought her to the home seven years ago with the promise to soon return and get her, but had never turned up again, not even to visit. In all those years, Vitalina never saw her and felt forgotten. Was it another case of alcoholism destroying a family (which happens all too often in Moldova)? Did her mother abandon her in search of a better life? Or maybe she really was planning to take back her daughter after a few months working abroad, but (as often this work is not legal) found travel too risky, or worse, fell victim to traffickers? The CiM pondered these questions but didn't have any answers.

When the team led a programme for the children, Vitalina was very attentive and truly touched by the message. “But the most overwhelming moment for me was at the end,” the CiM student who had spent some time with Vitalina said, “when she told me ‘You are my mother!’” It was a powerful expression of how much this short time had meant to this girl, but also of the depth of her pain and loneliness.

It was exactly this combination of being exposed to utter need and experiencing how little it takes to make an impact, which awakened in the CiM students the desire to do more.

Published: Friday, 09 March 2018
Credit: Esther Hippel
© 2018 OM International This email address is being protected from spambots. You need JavaScript enabled to view it.