'I want to pray this prayer' 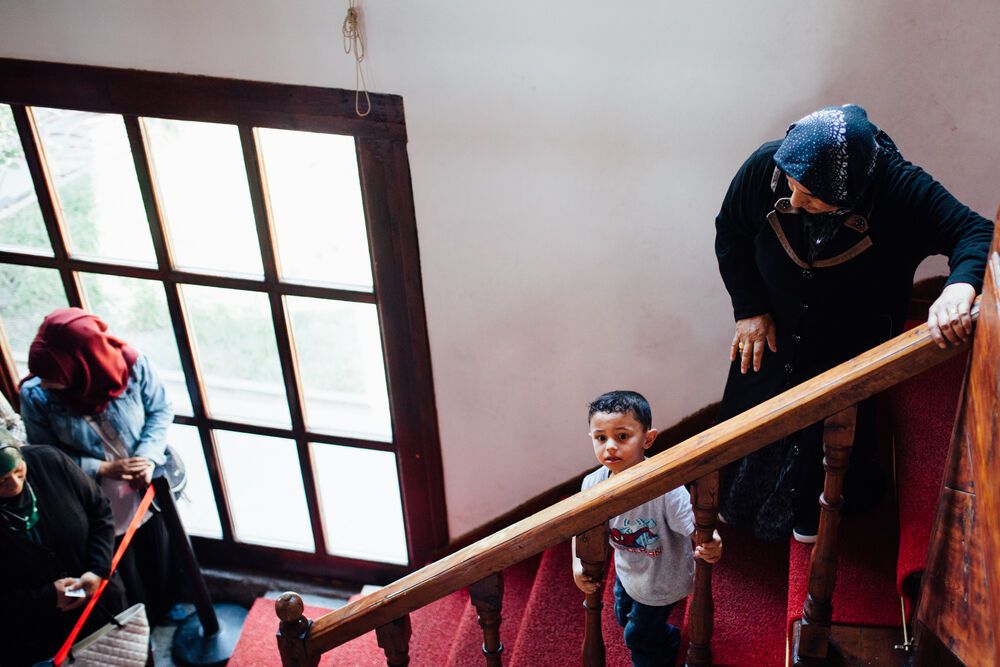 Turkey: A woman and young boy make their way down the steep stairs at a refugee centre in Turkey.
When a group of OMers in Turkey first visited a Syrian woman called Rada*, she had been married for one and a half years but couldn’t fall pregnant. They prayed for her, and five months later, visited her again. Upon arrival they discovered that Rada was five months pregnant!

After the baby was born, one of the girls in the team visited Rada, communicating with her in limited Turkish, and gave her the “Jesus Film” in Arabic. Three weeks later, the team returned to Rada’s house and asked her what she thought of the movie.

Rada started asking very good questions: "Is Jesus really the Son of God?" "Why did Jesus die on the cross?"

God gave the team the right answers for Rada. She drank in everything they said and seemed to understand clearly. One of the team members told Rada that, when she was ready, she could ask Jesus to come into her heart. Rada asked what that meant.

A team member shared a short prayer Rada could use to profess her faith in Jesus as her Saviour. Upon hearing the prayer, Rada announced, “I want to pray this prayer!”

Then her baby cried; the phone rang; everything happened at once. But once it calmed down, Rada again said that she wanted to pray the prayer.

So she did! Suddenly, she began to search for something on her laptop; no one could understand what she wanted.

The team had hoped to give her an Injil (New Testament) that day, so they had one with them and presented it to Rada. One of the girls paged through the Injil, explaining about the different books. Meanwhile, Rada was absorbed, trying to read whatever words she could see as they flipped through the book. The team asked if the Injil would be a problem for her husband. With a big smile, Rada assured them it would not cause any trouble.

Pray for Rada to read Scripture and understand more of God’s heart for her. Pray that the OM team will continue to develop relationships with Rada and her husband and be able to disciple them well.

Published: Tuesday, 10 April 2018
Credit: OM International
© 2018 OM International This email address is being protected from spambots. You need JavaScript enabled to view it.