A new wave of persecution in Algeria 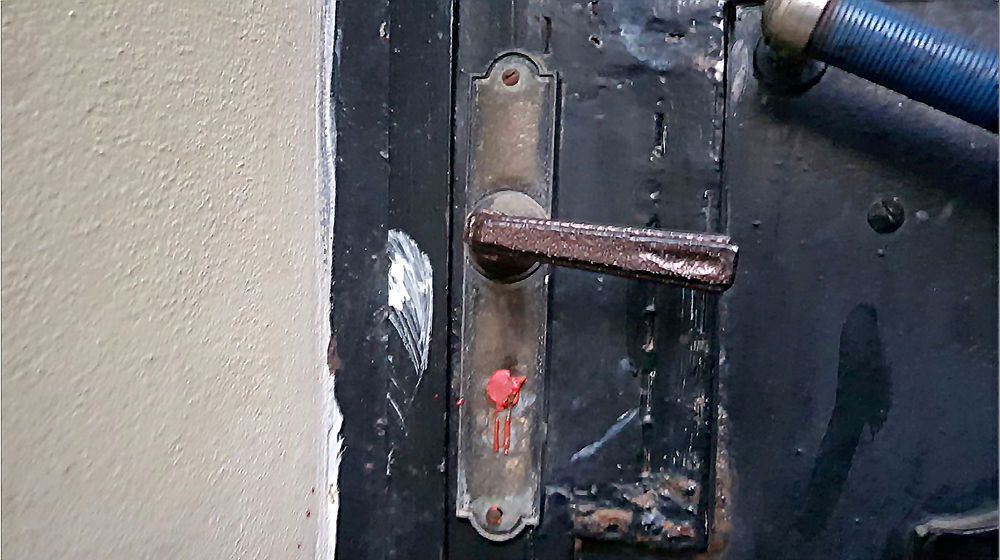 Algeria: Over then 7000 Muslim background believers were trained and discipled in that church, the last 20 years. The Algerian government recently closed the church.
“There’s no fear, no turning back and a very strong commitment to continue, whatever the cost,” stated Youssef, OM field leader and native of Algeria, two months after the Algerian government closed the House of Hope, a thriving church and primary ministry centre.

At least seven churches across the country as well as a bookshop owned by an OM leader have also been affected. Citing improper infrastructure and incompatibility of the 2011 church license with a newer 2012 law, the governing authorities have started systematically inspecting and closing church buildings and forbidding the sites to be used for any activities. Other churches have received government-imposed limitations, restricting the number of days they are allowed to meet, and one pastor was forbidden to receive visitors at his house.

“All the allegations are false,” Youssef stated. And cited infrastructure issues—lack of fire exits, first aid boxes, etc.—are easy fixes, according to Youssef. “If they really want to look [out] for the welfare of the church, all [the problems] we can fix quickly, within 48 hours at the most.” However, after presenting one church with a list of building infractions on 18 December, the governing authorities returned the next day with an order to close the building. “They have something else in mind,” Youssef said. “They seem to be trying to weaken the church and render it ineffective.”

Closing buildings, however, cannot stamp out the Christian presence in Algeria. A pastor whose church was recently closed said, “The Church of Jesus is not the walls or the roof, but it is Jesus’ people, His living body!”

Indeed, the church in Algeria “is united at this time more than ever before,” Youssef said, adding that believers have reconciled and come together in prayer and fasting. Despite the House of Hope’s closure, all OM ministries—the Timothy School training programme, media outreach and follow-up—“carry on as usual in different locations,” Youssef’s wife, Hie Tee, affirmed.

Still, loss of the facility’s use brings juxtaposed sadness over the injustice and gratitude for everything God accomplished through the space over the past 20 years. “I believe we have to thank God for what He has done in the house. It’s incredible what God has done,” Youssef emphasised. Over 360 people went through training at the Timothy School there, which sparked at least 25 house churches across the country. Over 8,000 Muslim background believers participated in summer camps through the church during the last 26 years.

“Hundreds were baptised at the House of Hope, the one that is closed down,” Youssef explained.

“But the LORD is with me like a mighty warrior; so my persecutors will stumble and not prevail. They will fail and be thoroughly disgraced; their dishonour will never be forgotten.” – Jeremiah 20:11 (NIV)

“The next step for us is, of course, we are asking God to speak to us... How are we going to operate as a church in spite of what is happening,” Youssef explained. “We have to bring a huge awareness around the world, among the churches and the believers. They have to know what happens, the persecution.”

Meanwhile, Youssef and Hie Tee plan to spend the majority of their time in the foreseeable future in Algeria, under the motto “No turning back.” They will travel internationally for a few, strategic advocacy meetings but otherwise plan to support the believers in country.

An OM partner, who travelled to Algeria in early 2018, talked to members of the closed church at House of Hope. “If God allowed this to happen, then He is pursuing something with it. Maybe more policemen and judges are meant to hear the Good News?” one believer suggested.

“I was quite surprised—that [leader] is not an evangelist,” Youssef noted. The police chief welcomed the gift, though. “I’m very happy I have a Bible now,” he told Youssef.

While discussing the church closure, Youssef explained to the police chief how God is alive and listening to the prayers of His people. “There are a lot of opportunities to share the gospel,” he said. “We always talk about our faith—that’s a positive outcome.”

A 2006 presidential degree (06-03) mandated that non-Muslim worship in Algeria could only occur in buildings approved by the National Commission for Non-Muslim Religious Groups for that purpose. Middle East Concern (MEC) reported in January 2018 that “not a single permission has been granted to use a building for non-Muslim worship.” In 2011, the Algerian government officially recognised churches in the country by providing a license for them to operate under the Algerian Protestant Association (L’Église Protestante d’Algérie or EPA). The next year, the law changed, requiring the EPA to have offices in 12 governorates. The association complied and submitted the paperwork to the government in 2013. However, they did not receive a receipt. Instead, the government “allowed us to continue with the license of 2011. And suddenly, they changed,” Youssef summarised. “I believe that they planned it, and they were just looking for the right timing to hit, to persecute [us].”

Praise God that the church in Algeria is united in prayer, fasting and seeking His strategy for the trials they are facing. Pray that God would give believers wisdom and the ability to continually glorify Him and reach out in Algeria and beyond. Pray for the government harassment to stop, for the churches to reopen and to resume their ministries for His glory.

Published: Saturday, 03 March 2018
Credit: Nicole James
© 2018 OM International This email address is being protected from spambots. You need JavaScript enabled to view it.

Since the early days of the Algerian revival, OM has operated in-country, training believers and providing support for growing local ministry.

Prayer and fasting have been part of the Algerian Church's lifestyle since its beginning. Unity among believers has contributed to ongoing spiritual strength amidst persecution.