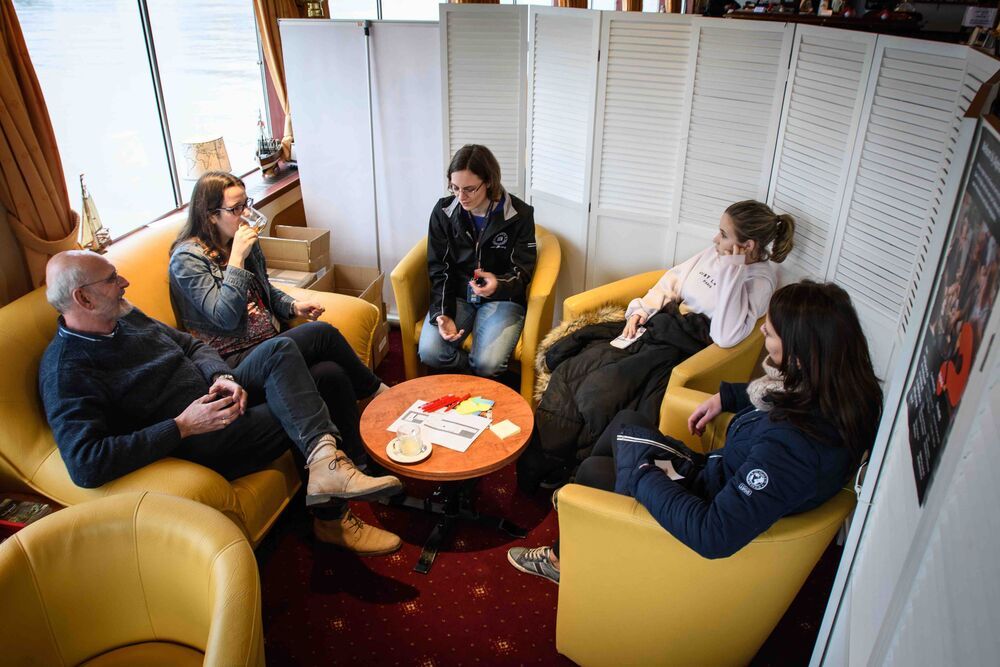 “I see this as a success of our marketing efforts,” shared Line-Up Manager, Michael Radloff (Switzerland), who had initial worries about how the secular media would report on the Riverboat. The reports turned out to be very positive. Michael had also shared during Strasbourg’s port orientation that 92% of France has no evangelical Christian presence and only 0.8% of Christians classify themselves as born-again Christians. It was one of the biggest prayer requests before the start of the port visit to pray for non-believers who would be going through The Agency. “I really think that it was God’s will to have an evangelistic focus for this port,” added Michael.

The most important touch point in the experience is to help non-believer participants gain understanding in the debrief segment. Debriefers have a crucial role in shedding light on the experience and subtly leading them to see the message of the gospel that lies within. “Meeting a lot of young people at the stage of life where they are thinking about what lies ahead in their future and exploring what to believe was a great opportunity for me,” shared Brent*, one of the port volunteers who served as a debriefer. “Being able to influence their lives, even a little bit, was very rewarding.”

It is not an easy task to switch between an openly antagonistic atheist group to an enthusiastic Christian group in debrief. “My main concern is not to let them feel like I’m forcing something on them, whether it be Gospel sharing or missions mobilising,” said Douglas*, another port volunteer. “My job is just to provide information, and the rest is their choice.”

However, Douglas shared that the most frustrating time for him was not during debrief with the atheist groups, or the enthusiastic Christians groups. It was the majority in between – Christian groups that appreciate the experience as an entertainment and walk away, gaining almost nothing. “I could sense no excitement about salvation and missions,” shared Douglas. “It was just a kind of greyness over the whole thing.”

Pray for lukewarm Christians in France to be revitalised with a new sense of passion for salvation and missions again.

* surname not included for security reasons

Published: Tuesday, 20 March 2018
Credit: Flora Man
© 2018 OM International This email address is being protected from spambots. You need JavaScript enabled to view it.