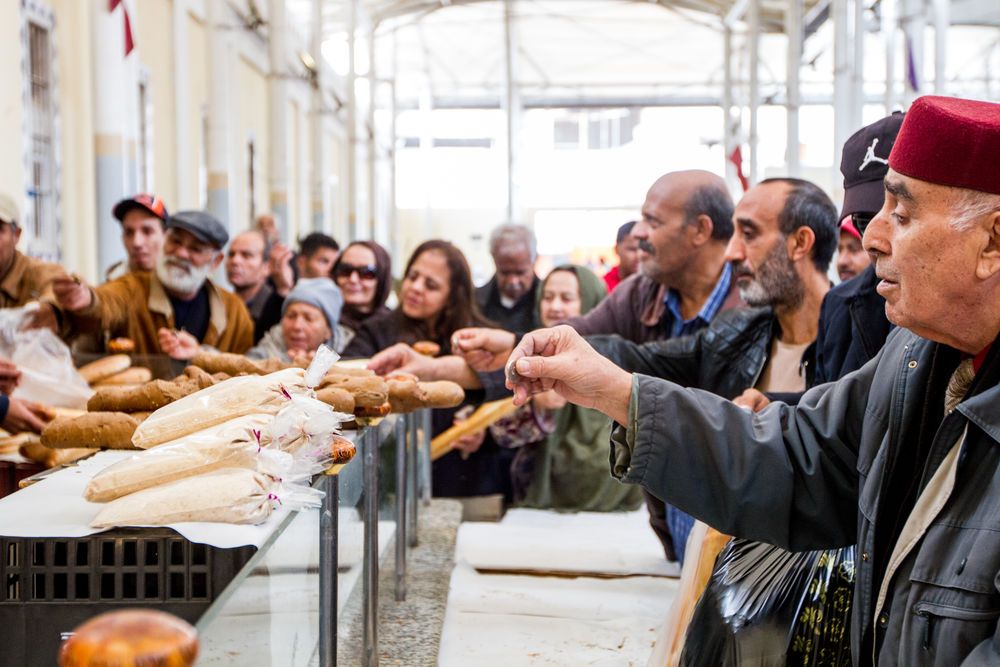 North Africa: There are opportunities to share your faith through everyday life in North Africa.
“I saw the purpose from the first month why God put me here,” said Emir*, an OM evangelist in North Africa.

Other OM workers in his host country served as a team in one city, befriending Muslim Arabs and discipling a handful of local believers. The university that accepted Emir’s application, however, was a few hours away—allowing him to pioneer ministry amongst students and seekers in another unreached area.

His first month there, Emir remembered feeling prompted by the Holy Spirit to take a Bible with him when he left his apartment and to visit a specific place in the city. “I’m not usually doing that,” he admitted. But that day, he obeyed.

Ahmed*, a man from a neighbouring country, was the first person Emir met. The two men—both foreigners—started chatting about their reasons for being there. Ahmed had brought his brother for medical treatment; Emir had just started a post-graduate programme.

Emir asked Ahmed what he knew about Jesus.

“Why do you think Jesus came?”

Emir responded by explaining the bloodline of Jesus presented in the Bible, beginning with Adam, and the real reason Jesus Christ came to earth.

Four months later, Ahmed connected with Emir. “I’m back in town for one day. Can we meet?”

Although Ahmed was avoiding religious talk, Emir sensed he wanted to discuss the Bible. Emir opened the Bible app on his phone to Hebrews 11 and handed the phone to Ahmed.

As Ahmed read the text, he remarked, “Jesus is the son of God. He is the same like God.”

“It’s not only what I say; it’s what God’s Word says,” Emir emphasised, showing Ahmed several other Scriptures that confirmed Jesus as God.

“If Jesus is God, do you want to pray to him?” Emir finally asked.

“Yes,” Ahmed said, and immediately began praying. “Lord, I don’t know what is true. I have been in this [religion] all my life. It’s hard for me to take any steps. Just show me Your way. Whoever you are, I will follow you.”

After the initial meetings with Ahmed, Emir kept in contact with him, reading and discussing the Bible as well as connecting him to the OM network in Ahmed’s home country.

Ahmed’s openness encouraged him, but Emir found little opportunity to share spiritual truth at university during the first year of his programme. Once the second year started, however, opportunities began opening. Within two months of classes resuming, Emir had given four Bibles to fellow students.

He talked to a student in another degree programme as well as a professor—both atheists—about how God created people to be in relationship with Him. And he noticed increased interest from others in his classes. Perhaps the students and faculty had taken the first year to observe Emir, likely the only believer many had ever encountered, he theorised. “Now I have become like a [Christian] reference for the school,” Emir noted. “I feel like God put me at this school, and God has used me in this school.”

In addition to working on his degree, Emir began partnering with a local ministry, doing follow up with people who had expressed interest online in receiving a Bible. Mehdi*, the first contact Emir met, had already decided he was done with Islam, “so he was searching,” Emir described.

They started meeting to study the Bible, beginning in Genesis and continuing through God’s plan of salvation. “The good thing about him is he is not afraid,” Emir said. “He just wants to meet anywhere, any time, and speak about it. He shares with people he meets in local coffee shops. He doesn’t just share with his family. ...He hasn’t made a decision yet, but he’s so brave.”

Karim*, a second contact from the local ministry, connected with Emir because of similar job experiences. He, too, had already decided he no longer wanted to follow Islam. “He’s going through a divorce, and he’s just feeling his life is collapsing,” Emir shared.

After meeting with Emir and reading a few chapters of the Bible together, Karim took the book home. A week later, “he texted and said he’s really interested in Jesus,” Emir said. “I’m really keen to see him.”

Published: Thursday, 29 March 2018
Credit: Nicole James
© 2018 OM International This email address is being protected from spambots. You need JavaScript enabled to view it.