Making friends with the least reached 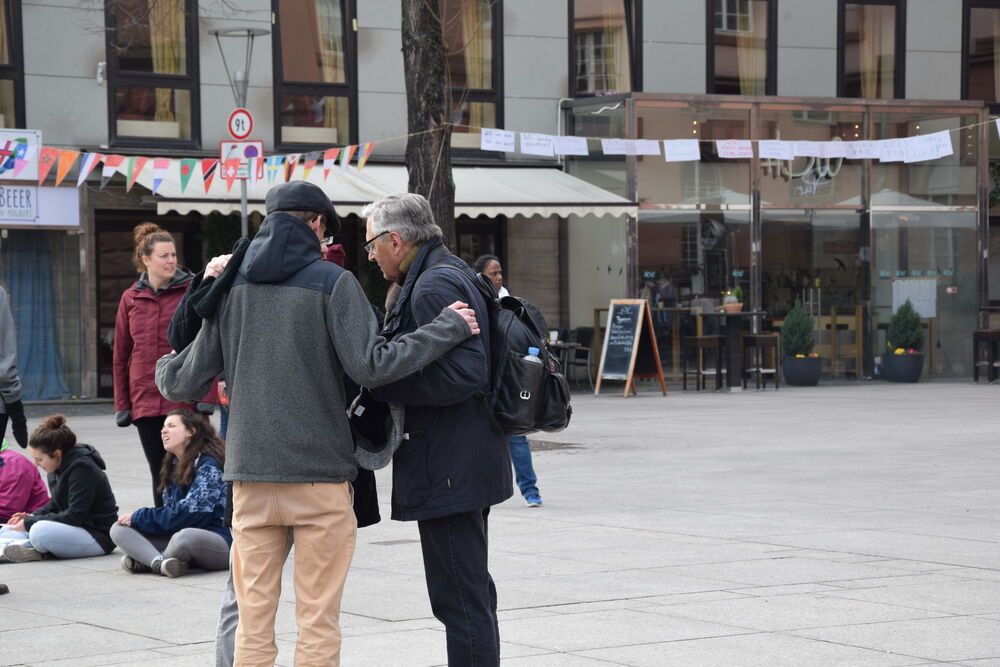 Germany: OM Riverboat community members making friends with the least-reached in Germany.
OM Riverboats community members were out on the grass playing a game of Frisbee on a rare sunny afternoon in Mannheim. Many residents living near the port area had also come out of their homes to have a picnic, exercise or just bask in the sunlight.

When community member Francesco Antonacci (Netherlands) picked up a missed Frisbee, he decided to throw it towards a woman who was watching nearby. It turned out she wanted to join the game, and they played till everyone was exhausted. After the game, Francesco invited the woman, Hadjea*, onto the Riverboat. Seeing that she was wearing a headscarf, Francesco explained the background of the Riverboat and was relieved that Hadjea was interested to find out more.

“I’ve always dreamt of coming to a place like this!” Hadjea exclaimed, as she stepped on board and took in the difference in atmosphere. Francesco found out that Hadjea came from a country in the Arabian Peninsula and had been living in Germany, away from her husband, for six months. Quickly, he managed to find another community member, Lina*, who had spent a number of years in North Africa and spoke fluent Arabic.

Hadjea shared that she wanted to learn about different religions and faiths and was open to know more about the Christian faith as well: “I’ve always been intrigued to find out what Christians believe in, even though I’m Muslim.”

Gifting her with a New Testament, Lina told Hadjea that the Riverboat and its community members were on a sailing journey to share the love of God. “In this book, you will find the words of God,” she explained.

Lina also put Hadjea in touch with another community member, Sarah, who grew up in the same country, and even the same city, as she had. Coincidently, Sarah would be living near Mannheim so their friendship could continue to grow with close contact. “I could sense that Hadjea’s heart really wanted to connect with people,” Lina noted.

“I think it was really awesome that Hadjea was so free and open, even at learning about Christianity,” shared Francesco, who knew that most married women from Hadjea’s culture do not go out by themselves. However, Hadjea said her husband was more flexible and allowed it. “It was cool that God brought someone from a least-reached region to the Riverboat; this was not a coincidence.”

Published: Wednesday, 04 April 2018
Credit: Flora Man
© 2018 OM International This email address is being protected from spambots. You need JavaScript enabled to view it.