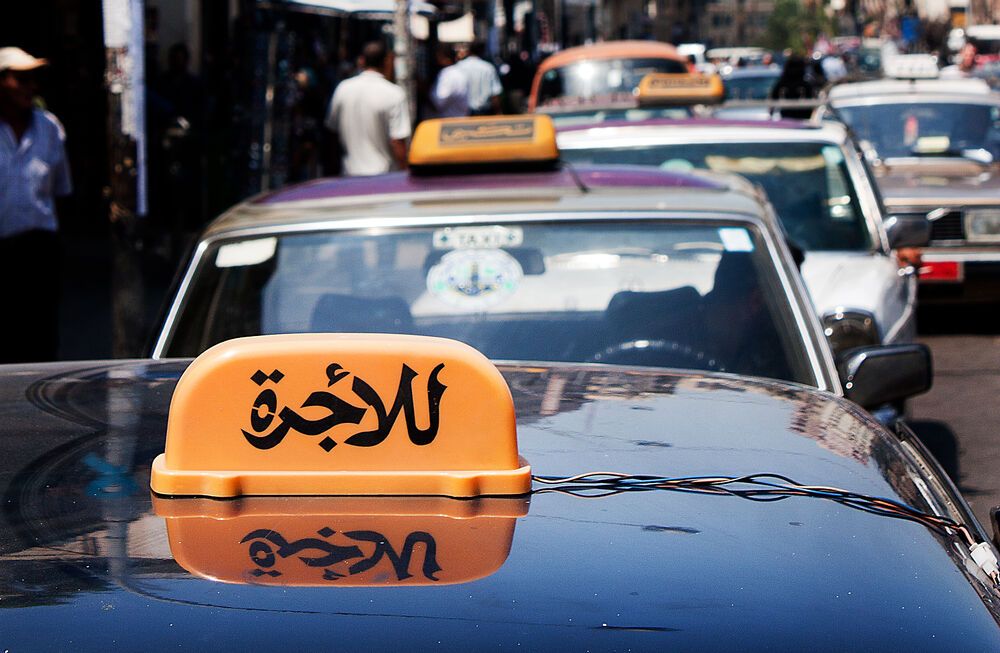 Near East: Taxi driver explains he wants to learn more about Jesus the Messiah. Photo by Bart Broek
Twelve out of Iraq’s 18 provinces have no church presence at all.

OM’s Arab internship school in the Near East (field consisting of Iraq, Syria, Lebanon and Jordan) is currently training Arab Christians and others called to reach Muslims in a region of Iraq grappling with the effects of decades of conflict and greatly in need of Jesus’ healing touch.

“This is one of the most important ministries I’ve been involved in since I started full-time work nearly 20 years ago,” said Youssef*, an Arab believer who helps oversee the training programme in a neighbouring country.

“Putting the training into practice has meant establishing good relationships with a number of the Syrian refugees and engaging in DBS (Discovery Bible Studies) with them,” he said.

“During a visit with a Muslim refugee, the man shared his concern about his sick son, who had to go into the hospital. I asked him if I could pray in the name of Jesus the Messiah for his son’s healing,” Youssef recalled.

“Shortly afterwards, his son left the hospital. The man was then shocked after his son’s return home because the boy recovered. ‘There is an amazingly strong power in the name of Jesus the Messiah!’ the Syrian man told me. He said something unusual, this man was getting together with a Muslim friend of his and together they are praying in Jesus’ name!” Youssef explained.

Recounting another visit, Youssef said there was a Muslim man, who, with his wife, had been unable to have children. “We read from the Word and we prayed together in Jesus the Messiah’s name,” Youssef said. “That man, too, now is praying only in Jesus’ name and is being greatly encouraged.”

The Lord is also sovereignly moving in the life of a Palestinian Muslim taxi driver in the Near East Field who has met some of our OM team members.  He, too, has witnessed the power in Jesus’ name and says he wants to understand more about the Messiah and pray in His name.

“Having these divine encounters with people the Lord is revealing Himself to has been so encouraging to me as well,” Youssef said, adding that those in the OM Arab internship program are having their own experiences of Jesus’ touch on lives He wants to heal and save.

OM Near East Field is looking for people who have a strong desire to see vibrant communities of Jesus followers and churches planted among the least reached of the Muslim world. An initial 12-month training course is available for Arabic speakers interested in participating in this vital cross-cultural ministry aiming to change the destiny of war-torn Iraq.

Published: Thursday, 12 April 2018
Credit: OM International
© 2018 OM International This email address is being protected from spambots. You need JavaScript enabled to view it.